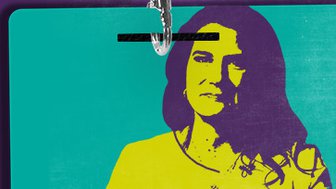 Live with Jim Bianco – How the Fed Affects Equities

Live with Jim Bianco – How the Fed Affects Equities

Live with Michael Lebowitz How The Fed’s Overdrive Affects Bonds

Live with Michael Lebowitz How The Fed’s Overdrive Affects Bonds

Louis-Vincent Gave is the CEO of Gavekal Research. In 1999, Gave left Paribas to start Gavekal Research. He has experience in both Paris and Hong Kong, which led him to author, “Clash of Empires: Currencies and Power in a Multipolar World.” In “Clash of Empires,” he examines the break down of the world into three regions with distinct monetary policy and even reserve currencies. In a special episode, Gave joins Real Vision co-founder and CEO, Raoul Pal, for a wide-ranging conversation about the most important factors in the macro world.

RAOUL PAL: Welcome, everybody. I'm here today with a good friend of mine, Louis Gave, the CEO of Gavekal. Gavekal is an independent research company, really well respected. And Louis is one of my go-to people when it comes to trying to understand what's going on in the outside world in Asia where he spends enormous parts of his career.

And the news flow over the weekend, and over the last few weeks, has been an increasing focus on Hong Kong and China. So, welcome, Louis, I'm looking forward to digging into a few things.

LOUIS-VINCENT GAVE: Always, good to catch up Thanks for having me.

RAOUL PAL: And you're in Whistler right now. Is that right?

LOUIS-VINCENT GAVE: I am. I am, where there's no snow.

RAOUL PAL: Yeah. I landed in Miami. And it's warm at least.

RAOUL PAL: So the news over the weekend of the election seems like a landslide victory in the pro-democratic movement. What does that all mean, and what does it mean for the-- all of the kind of-- the movement that's been going on, you know, the protests and everything else. How does this all sort into place? And what-- what's the effect here?

And, usually, for these elections, you typically have about a 40% turnout. I mean, in essence, you know, you're voting for the dogcatcher. But given-- given the background, this was seen as a referendum for-- you know, on the government. And you ended up with a 70% turnout, which is, you know, enormous.

It's-- it's like blown out any previous turnout. So it was a very strong message from the-- from the Hong Kong population. And here, I have to admit, I-- you know, I got this one completely wrong. I thought-- I thought you'd get a very high turnout. But I thought a lot of people would come out and vote a pro-government ticket, if only because, you know, people are tired of the riots. People are tired of the-- you know, the past-- everything that's unfolded.

But the fact that the government has done so badly is obviously a reflection of how angry people are at-- at the current leadership in Hong Kong. So I think there's-- now, concretely, there are consequences to this election, even though the district counselors in and of themselves don't have a lot of political power, as a group, they do vote for the next chief executive.

And so I have about-- you know, there's 1,200 people that vote the chief executive. And now the district-- the district counselors have about 100 votes out of that 1,200. That 100 vote used to be always pro-government. Now, all of a sudden, ti's swung to pro-democracy, which are basically the two camps.

You're either pro-government/pro-Beijing be slash pro-democracy. And within that, there's different parties. But each party will be part of an alliance that's either pro government or pro democracy. So now, all of a sudden, and to be able to run candidates for the chief executive, you need to have 120 votes, at least.

You have this big growth strategy, China 2049. You have you big One Belt, One Road program. You basically want to become this empire and project your power further and further afield. And you know that to keep growing, you need to have capital markets. And you'd always assume that Hong Kong could be that capital markets.

Now of course you might want Shanghai or Shenzhen to be it. But Shanghai is still very far. You know, look at the Alibaba IPO as an example, right? You had the Alibaba IPO. And Shanghai tried to do everything it could. The government pushed and shoved Alibaba to make it in Shanghai. And at the end of the day, even with the riots, it's still happening in Hong Kong.

And so, you know, if you look for deep capital markets in Asia, it is still Hong Kong. Now, if you're China, all of a sudden, the lesson you learned in the past six months is China-- Hong Kong hates us. Most people in Hong Kong hate us. And they really don't like Beijing.

That's if you're Chinese. That's the message you take. And if you fast forward to this election, this message is basically the message that comes loud and clear through the election. So now if you're Beijing, you'll-- I think you'll go down two paths.

One path is you have to give more leeway to Hong Kong. That means a different choice-- a different chief executive. Carrie Lam's days are most likely numbered. And it also means finding some kind of working compromises around the question of democracy. And it probably means giving-- giving some way in terms of the police inquiry.

RAOUL PAL: And you don't think there's a risk that they could get more hardline on this--

LOUIS-VINCENT GAVE: No, I think-- I actually think--

LOUIS-VINCENT GAVE: No. I think this is actually a pretty good result in terms of riots. Basically, the rioters have now proven we've got-- we've got the support of the-- of the wider population. So the ball is in your camp. We've made our demands. Our demands our police inquiry. Our demands are an amnesty for the violence done by the students and, basically, some pathway towards democracy.

So now the ball is on the other camp. The thing that will have to happen, I think, following this vote is Carrie Lam will most likely need to go and, you know, find some candidates that is agreeable for both sides. Now that's-- that's a huge-- that's a very tall order.

You accept that there'll be an inquiry. You accept that it'll take 20 years. And by the time it comes out with its findings, maybe some of the passion has died down. The other thing that could happen is simply, you know, just like South Africa did, some kind of truth and reconciliation committee, where people, you know, speak their truths.

And it allows the nation to come together because the big challenge in Hong Kong today is that, you know, you might think that Trump is divisive. You might think that Brexit has been divisive for Britain. But the yellow versus blue conflict in Hong Kong, you know, it's split apart families. You've got brothers who don't talk to each other. You have parents that don't talk to their kids.

It's been-- it's been genuinely devastating. So having something like a South African Truth and Reconciliation Commission could go a long way. And it-- you know, what happened in South Africa, there were no jail terms, right? It was people came out, spoke the truth, and then moved on. You know, a new executive could come in, announce something like this, would allow Hong Kong to move on.

RAOUL PAL: But does that-- does that feel in line with how Xi operates--

RAOUL PAL: Because, now, he's quite a tough guy, right?

LOUIS-VINCENT GAVE: No, no. It doesn't.

RAOUL PAL: He's more like people disappear and go get extradited through the back door back to China. I mean, what's-- what's your view, I mean, because that's-- that's the criticism that others will say is, yes, I mean, it'd be nice if they could-- they could come up with a smooth way of-- of solving this. But the authorities don't seem that particularly smooth in how they like to solve. these things.

LOUIS-VINCENT GAVE: Well, yes, but in fairness, they haven't done that yet, right?

LOUIS-VINCENT GAVE: You know, they haven't gone out and kidnapped Joshua Wong. And, really, you know, I think if you're Beijing, yes, at this point, you're really pissed off, I think. You know, if you're Xi Jinping, I think your view is, I've basically been hands off on Hong Kong.

And so I think if you're Xi Jinping, you can take one of-- one of two tacks here. You can say, OK, I know I still need capital markets. And I know Shanghai and Shenzhen aren't there yet. Now, over the next five years, I'm going to push pedal to the metal to get Shenzhen and Shanghai at a level where they can start competing with Hong Kong.

So, you know, the first-- you know, if you're Xi Jinping, you're now facing a sort of dilemma where it's either I reduce my capital controls in a bid to boost up Shanghai in Shenzhen over the next few years, or, alternatively, I give Hong Kong what they want. Now, there is a third path, which is I crack down on Hong Kong really hard and hope that it manages to stay a big proper capital market.

But I think yesterday's vote, you know, with a 70% turnout means that this option of cracking down really hard will be tough. I think if-- if--

LOUIS-VINCENT GAVE: I don't think-- I don't think it's even the international community. I think it will be just-- look, the students in Hong Kong have shown they were, you know, decently courageous, right, and that they were willing to take to the streets, et cetera.

You've held the line. And now, basically, you've got 70% of the Hong Kong population coming out to vote. And 60% of them saying, you know, we-- we don't trust you in essence. It's-- you know, it's got to be depressing. So-- and you know that the end result, if you're a Hong Kong policeman, is that the Hong Kong government is most likely going to throw you under the bus.

So, you know, you look at all of this. And if you're Xi Jinping, yes, you're stuck in a situation where you know that if you send in the army into Hong Kong, it creates-- it basically is the end of Hong Kong, number one. And number two, it actually-- you know that the next day, Chuck Schumer and Marco Rubio will be standing on the US Senate saying, we must embargo China and now more trade with China.

And so it could create an economic shock for the world that would be greater than Lima and greater than 9/11 because, you know, the level of integration of supply chains and the level of integration we have with China is just enormous. Now, in '89, you know, when following Tiananmen, people embargoed China, China was this much of the global economy.

RAOUL PAL: But you said with that that he needs to get rid of capital controls.

RAOUL PAL: So the problem is is getting rid of capital controls is a big devaluation of the currency, which nobody wants.

LOUIS-VINCENT GAVE: This is where you and I