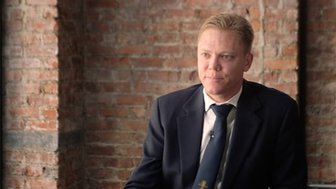 Trace Mayer, host of the Bitcoin Knowledge Podcast, is a…

Tuur Demeester of Adamant Research, examines how far cryptocurrencies have come in the past eight years, questioning whether we are in a bubble or state of viral adoption in the sector, while also providing some essential analysis on the current scaling debate in Bitcoin. Filmed on June 5, 2017, in Fort Worth.