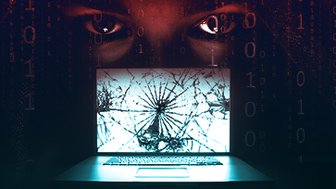 Could the next war come from tensions caused by cyber…

The world is changing fast, but is that change too overwhelming for the human race? In an environment shaped by rapidly advancing technology, communities and cultures appear to be having trouble adapting. Dee Smith, Christian Michel, and other experts from Real Vision's documentary series "A World on the Brink" explain the phenomena of social "decohesion" in this clip excerpted from the October 27, 2017 episode.

RODERICK GRIERSON: Everyone is finding it bewildering that it's been great to see technology move so quickly, but surely there begins to become a time at which it seems so transformative, so disruptive that it's threatening and it's disturbing.

CHRISTIAN MICHEL: I think people are angry today because they feel that the seed, that there is a disconnection between where the elite are trying to bring them to and where they are. Change is painful. The anger of people around the world is that they feel that this change is going too fast, is uprooting them from their traditions and with too many influences-- foreign influences-- that is changing their cultures, that is destroying their cultures.

VIRGINIA GERRARD: When your whole community's broken up by immigration both internally and domestically and by all kinds of changes, it's a technological change more than anything else and rise of globalization. By the same token, people don't like it. Instead they revert to old forms and old familiarity.

JEREMI SURI: The miniaturization and increasing speed of communication. In 1997, people were not carrying devices in their pockets that exposed them to the kind of information with the rapidity with which that happens today, and we live in a world of Twitter now. No one knew what Twitter was.

JAMES HOLLIFIELD: But these changes come very, very fast. So trying to help manage those kind of changes, very, very difficult to do. And you know, the aftermath of the process of industrialization in Europe you could say gave us two world wars. Certainly the first World War was a-- that's a cautionary tale when you have that kind of rapid change going on in societies, if it is not managed well it can lead to big instability.

JEREMI SURI: The expression of local identities. This is nationalism in some cases, religion, ethnic identities, it's a more hyper-nationalist, hyper-populist moment even as it's more global.

RODERICK GRIERSON: I think the complexity of the modern world coupled with the speed with which that complexity is becoming ever more complex is simply overwhelming, and I think there is a point at which the speed simply becomes bewildering. Now, one could say, I suppose quite reasonably, that it's only those of a certain age who are finding it overwhelming, and surely the young must not be. But any conversation I have with anyone in their 20s or 30s suggests that everyone is finding it bewildering. That it's been great to see technology move so quickly, but surely there begins to become a time at which it seems so transformative, so disruptive that it's threatening and it's disturbing. And I think we've reached that point.

DEE SMITH: But there are groups who think that the unmediated growth of technology is a good idea and that even the political and social upheaval this brings are valuable. They believe that digital technology will unlock human potential, and even that humans and machines will merge in the future. And that any attempt to control technology should be resisted. To a large extent we have followed their lead, but why have we all been willing to embrace the emergence of encroaching technology so uncritically and so enthusiastically?

SCOTT MALCOMSON: In terms of the connectivity revolution, as it's sometimes called, there are a lot of things going on, but I would really single out two. The first is that it becomes possible to have a fairly fulfilling life online without meeting anyone you don't want to meet. And so that aspect of life where you encounter different views, even if you live in a big city, can be reduced technologically. And I don't think of that so much as communities building through technology, I think of it more as people self-isolating through technology.

The other big aspect to me of the connectivity revolution is that you're able to employ-- even as an individual, but certainly as a company-- you're able to employ people very far away whose lives you have no idea about to do something for you. There's the disaggregation of capital and labor, which is to say you can have a company based here that its back office is in Mumbai and whatever else.

The result of this is to feed, again, this process of centrifugal splitting apart of countries. Because if you're an affluent person and you're kind of jacked in more or less successfully into a globalized economy, the relationship between what you have and how you live and how other people live is broken, or it's so attenuated and it's so multiple you don't even know where the information comes from, you don't know why the check clears, you don't know any of it. You don't know who does it, you don't go to the bank, you don't go to the teller, there's no-- the physical connection and just pure connection with most of your community is just dissipated and kind of floats away.

DEE SMITH: In today's society, we are seeing a profound change in behavior. As social media and other manifestations of the hyperconnectivity revolution echo through society, human interaction, at least in the real physical world, is decreasing. Are we seeing the rise of a technological alienation which is profoundly affecting the way we think and feel and which is driving us further towards social decohesion?

STEWART PATRICK: One of the most surprising things about the early 21st century is the re-emergence and resilience of tribalism as well as nationalism. But if you look around the world, in a remarkable number of places these sort of atavistic, instinctual views of differentiation-- in other words, of the other, that we belong to this group and that other group over there is trying to get the best of us, or isn't as good as we are, or deserve to be persecuted. One shouldn't be surprised at this perhaps because there are elements of human nature that allow you to actually psychologically go down that route.

But this isn't deterministic. It's happening not for one reason but for different reasons in different places. So in some cases, it has to do with the division of the spoils or dealing with scarcity where there's not enough room for all of us. And one can see the scarcity thing play out when fisheries are depleted, for instance, of the East African coast.

MOHAMAD BAZZI: Where you have news that's often tailored to reinforce your preconceived notions about the world, and you almost-- the mechanisms of social media will shut you out from seeing much else that would contradict your worldview. And so on personal levels, it begins to have a multiplying effect as more and more people become hardened in their ideological view of the world because they're also reading and seeing material that's enforcing that to a large extent.