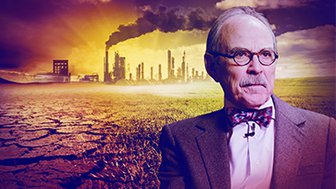 Jeff Gundlach, founder and CEO of DoubleLine Capital, explains how the lack of original thought and analysis is causing polarization, leading to uncertainty around the world. This video is excerpted from a piece published on Real Vision on March 8, 2019.

JEFF GUNDLACH: The reason people worry, I think, is that they are not acknowledging some certain dangers and they feel it subconsciously. I know that there's dangers, but I'm aware of them, and I look right at them.

Nothing really keeps me up at night. I don't really worry about stuff anymore. I accept things the way they are, and I think the reason people worry, I think, is that they are not acknowledging some certain dangers and they feel it subconsciously. I know that there's dangers, but I'm aware of them, and I look right at them. And I think that's why I'm pretty good at managing money. I think it's about looking for risks, finding them, and accepting that they're there and trying to make them nonfatal.

I'm really most worried about just the basic divide everywhere in the world, just the whole have, have-not thing, which is ushering in fractured politics everywhere. And it's not going to end until it fully ends. We're not going to get the genie back in the bottle. We're not going back to Bush versus Clinton, right? It's going to end up with awareness of the nonsustainability of debt, particularly now in the United States, particularly if our dollar drops, particularly if the challenge of the dollar's reserve currency becomes increasingly real because our interest rates would be a lot higher if we were not the world's global reserve currency.

GRANT WILLIAMS: Well, but that's something that is definitely a topic that is moving closer to front and center.

GRANT WILLIAMS: Yeah, but people kind of just dismiss it still. They say it's no chance.

JEFF GUNDLACH: It's just like the deficit. It's one of these things where it's just a given. If you say the dollar will not forever be the global reserve currency, people don't understand because it's been their entire life.

GRANT WILLIAMS: This is not a complicated theory.

JEFF GUNDLACH: Right. I was absolutely crystal clear in my statement. It wasn't oblique. And yet it's so foreign that they can't quite accept it. And so people need to listen with their mind as well as their ears and not just repeat what they're told.

Which-- I've said this several times publicly-- my biggest revelation in life was that people want to be told what to think because I don't. And I do the same thing every human being does. You assume everybody is like you when you're young. You just know your own little world, and you don't know that there's many different ways of operating. And then you start to realize, gee, by assuming that everybody wants to figure things out for themselves, I'm not getting anywhere. Am I not explaining it right? I'll try harder. And then a few more years go by. I'm still not getting anywhere. Then a light bulb goes on. No, they want to be told what to think.

So it's very convenient to be told that deficits don't matter, and you've been pretty much pounded into submission on that idea. But the math is the math, and it's not complicated. It's just arithmetic. And you get to the compounding curve where-- I mean, if we pass legislation, like, next year, maybe we could somehow reverse course, but we're not going to. We're going to go the other way.

GRANT WILLIAMS: Well, because that kind of legislation is not going to get you any votes. Let's face it.

JEFF GUNDLACH: Only gets you votes when the problem is out in plain sight and is hurting people right now. And we're still in mega denial mode because we actually think that we can get richer by borrowing more. That's the message from the democratic socialists.

Don't ask me how I'm going to pay for it. That's not even important. You're missing the real question. How are we going to divvy up the massive prosperity? We're going to borrow our way to prosperity, which of course is nonsensical.

Just think about that in your personal life.

GRANT WILLIAMS: But that's the problem.

JEFF GUNDLACH: The more credit cards you get, the more wealthy you are. Sure.

GRANT WILLIAMS: But MMT, Modern Monetary Theory, is gaining all kinds of traction. Wherever you look, it's suddenly become an incredibly hot topic, which we know it doesn't work. It can't work. You can't just spend your way into prosperity.

JEFF GUNDLACH: Sure. You can't drink yourself sober.

GRANT WILLIAMS: Right. But at a certain time in the cycle, which we seem to be at, it sounds great to a lot of people, and they want to be told what to think.

JEFF GUNDLACH: Extraordinary Popular Delusions and the Madness of Crowds.

JEFF GUNDLACH: And it's amazing how it happens, and Bitcoin was an example of that, I think. Maybe if we go all digital and all this down the line, something like this will work, but Bitcoin was not going to a million. It was just ridiculous mania. And I think spending your way to prosperity is so blatantly idiotic. Yet when you get groupthink going and everybody starts to repeat what they're told, this is what happens.