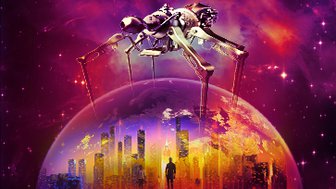 The world is changing fast, but is that change too…

How will the rise of populism change the global economic system? Dee Smith of Strategic Insights Group, Peter Atwater of Financial Insyghts and Professor Edward Goldberg of the NYU Center for Global Affairs sit down to answer that question. This video is excerpted from a piece published on Real Vision on November 27, 2018.

PETER ATWATER: As confidence declines, they're going to have to choose. So capitalism is going to become much more nationalistic.

DEE SMITH: Peter, you have thought a lot about these issues and you coined this really interesting term, patriotic capitalism. What does that mean?

PETER ATWATER: So patriotic capitalism is what I see arising from the devolution of the interconnectivity that you've talked about, which is, from the perspective of confidence, interconnectivity is a great manifestation of sort of that us everywhere, forever mindset that goes along with peak confidence.

PETER ATWATER: So, you have Friedman-- you're saying the world is flat.

PETER ATWATER: And to me, that's sort of a peaking moment. And so, part of that was the development of transnational corporations, companies that sat above these political states trying to operate in a frictionless global environment.

INTERVIEWER 1: Or patriotic Australia or patriotic Germany or whatever.

PETER ATWATER: Sure, you're seeing it already. I mean, you're watching capital flows in and out of Saudi Arabia, to me is a very recent example of where policymakers are framing both the in and the out.

And I think that the United States, particularly having outsourced so much supply, is going to start from the bottom of Maslow's hierarchy.

PETER ATWATER: Things that touch security related issues are where you're going to see that issue first.

PETER ATWATER: So, I put that peaking, you know, tops are not a v-shaped-- inverted v-shaped-- moment. There's an arc that begins, from my perspective, in the late 1990s with the manifestation of the European Union and the euro and the merging of military supplies. There are lots of things that go along with that, including then the exporting of manufacturing in the United States.

And I would say that the quintessential expression of that was Federal Express and that notion that you could get anything from anywhere at once, simultaneously. And you've started to see since then, slow degradations. You know, nothing-- and that's very natural with overconfidence. Overconfidence has to be proven wrong. The Trump administration has really tried to enforce and to promote me here and now rules, whether it's on the immigration front, foreign trade, tariffs, are all based in that reptilian brain.

EDWARD GOLDBERG: Oh, I agree. And it's basically-- it's almost-- it's definitively an anti-economic, intellectual movement.

PETER ATWATER: And then I-- and I agree with you in the cognitively--

EDWARD GOLDBERG: Yeah, that's what I mean, in cognitive-- let's take David Ricardo's basic, basic principle, which kind of is the principle that shaped world trade forever. You manufacture in the most efficient place.

EDWARD GOLDBERG: No, not necessarily lowest cost, the most efficient, where you make the most profit. And so consequently, for instance, after England adopted this philosophy, after the corn laws were repealed, by 1880, England was no longer food self-sufficient because it doesn't make sense to grow all this food in this way any horrible climate. Import food, make steel and railroads, right?

So, but now Trump is saying, David Ricardo's out. We're not going to produce economically around the world where it's most efficient, where we have an integrated supply chain which is efficient, we're going back to this nationalist almost 1914 world view.

PETER ATWATER: And it's very-- those things that are far away when we don't have confidence equals fear.

PETER ATWATER: And so it's clearly-- and you've seen it on the energy front. I think behind the scenes, what's happened with fracking and American self-sustainability from an energy perspective is the beginning of this trend.

DEE SMITH: So does the tail wag the dog? I mean, you know, this is a chicken and egg question. Does that trend pre-date-- is Trump a manifestation? I think we're agreeing that he is, of a deeper underlying trend. So that trend, you know, fracking was a scientific paradigm shift and it was not predicted that that would result in what it did.

It did do that, that has affected US foreign policy, US attitude towards the Middle East, all sorts of things. And certainly set the stage for what would arguably be a confidence building thing, where we now have our own energy, but that has not been the way it's turned out.

PETER ATWATER: No, and again, that overlay of mood being negative-- none of these are the victories that you would have anticipated. And what they represent to me is a hunkering down, a turn inward where we must be self-sustaining because everything around us is something that we should be fearful of.

EDWARD GOLDBERG: And because change is happening so quickly. Fear of change. I mean, think about it. It's not that the jobs-- jobs really haven't been shipped to China in the last 10 years, per se. You know, some have. But in general, that is old news. What's new news is automation.

PETER ATWATER: And it's striking that you would have this level of fear with a almost record low level of unemployment.

EDWARD GOLDBERG: Right and fear of immigration with basically no unemployment.