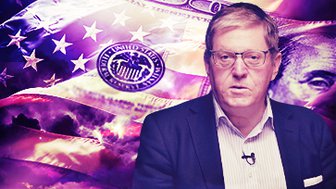 How will the rise of populism change the global economic…

Carson Block discusses how greed works as a driver for financial markets. He delves into how the amoral nature of investing can lead to immoral outcomes. This clip is excerpted from a piece published on Real Vision on December 7, 2018.

CARSON BLOCK: Investing is inherently an amoral activity, OK? It's if I think this is going to go up, I'll buy it. If I think it's going to go down, I'll sell it. But the amorality of investing, I believe, is increasingly leading to immoral outcomes.

I think it'd be delusions of grandeur for me to say that I can change that industry.

BRIAN PRICE: But you're trying.

CARSON BLOCK: Well, I want to pick off-- the way I think about it is ourselves or other short activists picking off the really bad apples. And hopefully, that would have a wider-spread effect. I mean, I guess the way I'm thinking about it right now is I'm thinking more about changing slight-- well, maybe it's not that slight-- changing the culture of investing.

So investing is inherently an amoral activity, OK? It's if I think this is going to go up, I'll buy it. If I think it's going to go down, I'll sell it. But the amorality of investing, I believe, is increasingly leading to immoral outcomes. And why is that? I think there's some big-picture factors that we have to look at.

So technological supremacy has devolved from the government to the private sector last decade or maybe the late '90s in that the government doesn't understand what it's regulating, private sector has more power. Then also, humans-- my observation is that we invent and innovate far faster than we're able to adjust to our creations. And so we don't understand the risks and how to manage those risks.

And so whether we're talking about financial derivatives, offshore drilling, nuclear power plants, what have you, we create things that we don't understand. And when you look at where our base is in terms of the power of the things we've created, mistakes here have tremendous implications. So I believe that the private sector is more powerful over our lives than at any point in modern times because of the factors that I've just mentioned.

And when you want to look at the implications of that, one of the things I cited in my presentation was, I think, in 2017, there were about 63,000 overdose deaths in the US from opioids and heroin. There were 58,000 soldiers killed total-- American soldiers killed total-- the entirety of the Vietnam War. This is a huge number. And we can trace a not-insignificant portion of the blame back to Purdue Pharma and its unwillingness or inability to understand the potential for abuse of OxyContin.

So when you look at that, we don't live in the world that Benjamin Graham lived in. This isn't a world where we should or can be amoral about these allocation decisions when certain behaviors are potentially so far over the line. I think, as investors, we need to change this culture and bring morality into it.

Now the question is, where is the line? Yes, that's a subjective question. I don't think that investors right now, since we're starting from this amoral standpoint, I don't think that they're ready to move to the point where they'd say, well, if it's a business that's financially preying upon poor people and their lack of sophistication, then I'm going to dump it. That would be great. But I don't think we're there.

So I think that when we're talking about businesses or companies that could really do material harm to people, not just financially, that's where I think most people can agree is over the line. And health care is great for that sort of thesis, because you have companies that are-- you have innumerable health care parasites. I mean, they're either ripping off individuals, ripping off the system, or both. But they're also narrowing access to health care. And that's fucking with people's lives. And so I think that's an area to look to really find these companies and try to rein them in.

And yeah, it would be great to be able to just take some of these bad actors out of the game. I don't know if it's something where the hydra, where the new head would pop up, or if you could really change the game over the long term. My experience with the China frauds and the short-term nature of investors' memories is not encouraging in that regard. But since we're in an environment where monetary conditions are tightening some, then maybe things would work a little differently in this case.

BRIAN PRICE: Well, if your track record is any indication, it should say that some of these companies should be a little bit nervous with you targeting them. So I'm interested to see how these things play out and hopefully spur some good and some positive change.