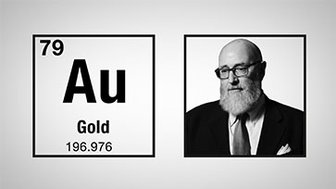 Stephanie Pomboy, founder and president of Macro Mavens, joins Real Vision's Grant Williams to discuss the relationship between cryptocurrencies and gold. Pomboy and Williams suggest that demand for cryptocurrencies might be affecting the gold price. This clip is excerpted from a video published on Real Vision on April 18, 2019 entitled "The Startling Consequences off Monetary Policy."

STEPHANIE POMBOY: Maybe I'm copping out on this one. I'm not going to buy into all the conspiracy theories about how it's manipulated, and they may not be conspiracy theories, maybe it is manipulated, and I'm sure the people who are focused on that have arsenals of evidence to support that. But I just think about it more in terms of conversations that I have with my customers and the response I get, the body language, the snickers, the hard typing on the keyboard, to suggestions that gold might have a place in your portfolio.

And I think it gets back to that idea that things that you and I have talked about here are just so beyond the realm of what they view as possibility that gold just really- that's for people who actually believe the stuff that we're talking about. Like, come on. So, it's not something that the average investor really thinks has a place in their portfolio. Why would you carve out 5% away from an investment grade bond that's actually a pre-junk that could earn you 4% if you get repaid for this piece of metal that-

GRANT WILLIAMS: This is what I always start with, because when you think about this stuff, and this conversation has really brought it into perspective for me is that one by one, the subjects you and I have discussed today, you can argue very cogently that gold is a solution to each and every one of them. You said what's the solution to MMT? Well, gold. What's the solution to massive corporate debt defaults? Well, it's gold. Equity markets falling, it's gold and yet the dollar falling, it's gold.

So, I really find it interesting that that the price is just not doing much, and people not really bothered about it except the fanatics on both sides of the argument who are still in there waging war against each other on Twitter.

STEPHANIE POMBOY: Beating their heads into the war.

GRANT WILLIAMS: But at the meantime, central banks are buying gold at a faster pace than I can remember the last 10, 15, 20 years.

STEPHANIE POMBOY: And they're not necessarily trying to hide it anyway.

GRANT WILLIAMS: No, no. Something is happening. It's not reflected in the price. I've no idea why that is. I've read some smart arguments as to why the price would go down when central banks are buying it. And it makes sense to me. But I really struggle to understand why more people aren't just thinking about it a bit more and saying, well, let me talk to Steph about it. She's always been hammering me about gold. Let me have the conversation with her on it.

STEPHANIE POMBOY: Well, can I put it back to you?

STEPHANIE POMBOY: Because some of it I feel like is why wouldn't I own cryptocurrency rather than gold? And I'd be interested because I, as I demonstrated, am clueless about why cryptocurrency should be viewed as better than any other form of money much less gold, but when you talk to people or you think about it yourself, how do you compare gold versus cryptocurrency isn't alternate?

GRANT WILLIAMS: No, I'm probably 80% the Luddite you are. Actually, not, probably 40% Luddite.

STEPHANIE POMBOY: Yeah, I was going to say I don't think you're that.

GRANT WILLIAMS: Yeah. I was way less than that. But again, the crypto thing- I totally get it. I made a conscious decision a while ago that if I want to stay current on-

STEPHANIE POMBOY: You have to own some, right.

GRANT WILLIAMS: You have to own some which I do a little bit, but it's neither here nor there. But you also have to follow it every day because it changes so fast, there's so much going on. And the intellectual capacity of the people who are deep in that space is so much greater than mine in the area, that I'm always going to be at a disadvantage. And so, I have friends of mine that pay attention to this and I leech off them their knowledge.

The one thing I keep asking myself, and I'm sure I'll get plenty of answers again in the comment section. Thanks for dragging me under the bus with you- is we're 10 years into this thing now. And for all the promise and all the potential of this thing has, I've yet to see the killer app. I don't see someone saying, aha, there's the perfect demonstration of what blockchain's about, except Bitcoin. People argue that Bitcoin is the killer app. Well, that's been around since day one.

So, there's all these companies doing amazing things in the crypto space. And I've spoken to a lot of these people, and they're incredibly bright, incredibly smart people with big ideas. But I'm still waiting for someone to say, oh, yeah, here's something tangible that you can understand why this thing is the future. Conceptually, I get it. But it seems to be taking a lot longer than I would think when I look at the amount of brainpower being thrown into this thing.

So, I'm like you. I'd rather have some gold because I know what it is. I know how it acts in a crisis. I know that if the electricity gets cut off, as long as I've got a torch I can find where I buried it. The address of Google Maps. So, yeah, I don't understand what the price is doing. I don't understand a lot of the movements in the gold markets, but what I do understand is what it does in a crisis and that's really what I care about. I don't care about the price between now and the crisis. I care about when the day you need to have some. If you don't have any, it's too late.

STEPHANIE POMBOY: Yeah, you're not going to be able to get it for sure.