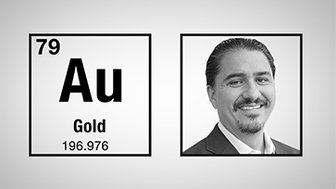 Gold's unique properties cause humans to go to extraordinary lengths to protect and preserve it. From the British moving their gold in the face of Nazi Blitzkrieg to the Tiger of Malay, Grant Williams walks through some of the most incredible tales of the yellow metal. This video is excerpted from a piece published on Real Vision on February 23, 2018 entitled "Gold: The Story of Man's 6000 Year Obsession - Episode 2."

GRANT WILLIAMS: Alongside conspiracy theories and stories of manipulation, gold's history is filled with wonderful illustrations of how much it means to mankind, the extraordinary importance placed on protecting it, and the sometimes deadly lengths people will go to in order to possess it.

In September 1939, as the German army advanced towards Britain, the government decreed that every person living in the United Kingdom register their gold with the Royal Treasury. Just weeks later on the 7th of October 1939, HMS Emerald set sail from Plymouth in Great Britain for Halifax, Nova Scotia-- the reason? The hull contained millions of pounds of gold bullion bound for the USA to pay for American war materials.

12 months later with the war going badly for the Allies and the battle for the North Atlantic at its fiercest, Prime Minister Winston Churchill used emergency wartime powers to seize the gold that the citizens of the UK have been forced to declare the previous year. The gold was moved to the port of Greenock in Scotland in secret, reloaded onto HMS Emerald, and then dispatched to Canada. So if the British were to be overrun by the advancing Nazi forces, they would still have the means to continue to fight.

One week later another convoy set off on the same route, this time carrying $1.7 billion of gold. Today that gold will be worth over $29 billion dollars. In all, almost $30 billion of gold in today's money was shipped thousands of miles in treacherous seas and through a gauntlet of U-boats without a single ounce being lost. It was the single greatest and perhaps most dangerous movement of wealth in history.

Stories such as the daring evacuation of Britain's gold during World War II are well-documented. But alongside such historical tales, there are legends surrounding missing hoards of gold that have fascinated treasure hunters since time began. One such legend centers around a notorious Japanese general and a hidden gold stash, which today would be worth billions.

The legend of Yamashita's gold has endured for over 70 years and to this day attracts treasure hunters from all over the world who journey to the Philippines to search for billions of dollars supposedly looted from all over Southeast Asia by General Tomoyuki Yamashita, the notorious Tiger of Malaya. Yamashita's armies stole gold from bank vaults, depositories, and commercial premises as he cut a swathe through Asia with the Japanese government intent on using their ill-gotten gains to finance their expanding war effort.

The gold reached the Philippines on its way to Singapore from where it was to be shipped to Japan. But with the war in the Pacific escalating and the US Navy in the ascendant, it became impossible to move the gold. Instead, it was supposedly hidden somewhere deep in the Philippine jungle. Many of those who knew the location of the hidden treasure were killed during the war and Yamashita himself was executed for war crimes in February of 1946 without giving up the whereabouts of the eponymous stash.

In the intervening 70 years, hundreds of fortune hunters have sought Yamashita's gold. A treasure hunter named Rogelio Roxas filed a lawsuit in Hawaii against former Philippine President Ferdinand Marcos, who he accused of stealing the gold. But even that has failed to stop adventures applying to the National Museum of the Philippines for a treasurer hunter's permit. Roxas' lawsuit resulted in what was then the largest ever award made by court-- $40.5 billion, including damages.

However, the amount was reduced on appeal to just $13 million. Roxas, however, died mysteriously on the eve of the trial and so never saw his treasure hunt come to its conclusion. The lawsuit concluded that Roxas found a treasure, but that the treasure in question may not have been that of Yamashita-- a technicality which has been enough to maintain a steady stream of would-be Indiana Joneses heading for Manila.