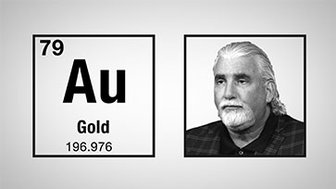 Danny Moses, best known for his trading experience through the financial crisis in 2008, is a private investor and entrepreneur. He talks to Larry McDonald of the Bear Traps Report about where gold fits into a world of negative interest rates, cryptocurrencies, and unprecedented levels of debt. This clip is excerpted from a video published on Real Vision on April 19, 2019 entitled "'Big Short' Trader on Today’s Opportunities."

DANNY MOSES: Sure. I would defer to the gold experts on the macro of it. But in its basic form, I'll start with recently and then go back with it and then come back to present. I think Bitcoin and cryptocurrencies, whatever your view on them is, sucked a lot of the demand for gold now. Because in one way, people view gold as a safe haven. It's a way that to your point about how the central banks are acting? What is the value of the dollar? We certainly ask those types of philosophical questions.

Normally, you would go to gold. Well, why that was your place? I feel over the last several years and now, you're seeing the destruction of that value over time. We'd go into gold. And so that aspect of it disappeared.

LARRY MCDONALD: That was like about 400 or 500 billion has come out of crypto?

DANNY MOSES: Yeah. I don't know how much was lost when you count the ICOs that were allowed to exist, but yes, it's in the hundreds of billions of dollars. And maybe in the world of gold, that's not allowed. But on the margin, it's enough to self-fulfill. I don't need to be in gold because it's not working when it should.

So then it created this fault sense of this gold never working. And actually, I think it's really interesting. I don't know as we sit here today, gold's- it's had a nice run. It's a nice selloff here obviously as the Fed's going back to equilibrium I would say.

So, gold works now to me on the other side of Goldilocks. So, ironically, if it's Goldilocks, gold's not going to do great because if you have a balance of what the Fed is doing but anytime, we jump ahead. And things heat up again within the economy. You may say, oh, there could be inflation now because the Fed didn't do enough. Oh, historically, I would be on gold under inflationary environment or the opposite.

And the Fed starts raising rates to catch it. They're going to say well, things are going to slow down dramatically. And then the Feds are going to end up cutting. So, I'm going to buy- so, you have this period of time where right now in this moment, people go, all right, gold's had a nice run, I didn't need- the Feds looks like now that okay, they stopped for a month. And now, they're going to come back and raise again potentially because- and you've pointed out in your credit conditions, they're losing again. That's what is trading off of now- is gold is the complete proxy.

Forget about the global macro for a second. Now, there are countries that have reserves. Some have been forced to sell, I don't know for Turkey or some were forced to sell, Venezuela, Argentina have been forced- you would know better than I would on that, but there are supply-demand equations going on always at the margin on gold. But I think gold to me is a must-own in some percentage of your portfolio, because I can't think of a scenario, geopolitical macro risk where it won't work over a longer period of time.

There's too many uncertainties in the marketplace and while I believe we're going to overshoot on the inflationary side, I don't think that's- I don't see that just being an issue for a long, long period of time. I think there will be a slowdown and I think the Fed will stop and I think the Fed could potentially cut again. And so, we've already seen QE, they halted it. It went from 4.5 trillion to just over 4 trillion and all of the sudden, we got a stop at somewhat--

LARRY MCDONALD: The Fed balance sheet went from 4.5 trillion at the top and then we're down- I guess they wanted- that was where at 4 trillion, they want to supposedly take it 3.5.

DANNY MOSES: Supposedly. But we're going to wait and see.

LARRY MCDONALD: But last year, they told us they were going to take it from 4.5 to 2.5.

LARRY MCDONALD: Can you believe these guys?

DANNY MOSES: Yes. I can. I know that still factors into the gold situation but I think gold- so I guess what I'm saying that I think the cryptocurrency thing- whether you believe in blockchain or not, just try to separate those two and I think if anything good comes out of the crypto, whether it will be some type of blockchain technology that allows maybe healthcare records, whatever it might be or currency exchange, so the banks have to agree to do this which has been a problem. Gold will be the place where people go this time, okay, as opposed to crypto.