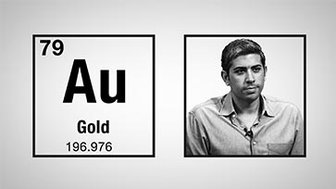 Roy Sebag, CEO of GoldMoney, talks with Stephan Spears of…

George Milling-Stanley, head of gold strategy at State Street Global Partners, talks about how gold works in the modern monetary system. He touches on gold's supply and demand dynamics, and speaks to how global geopolitical tensions affect the gold price. This clip is excerpted from a video published on Real Vision on April 15, 2019 entitled "Not Your Average Gold Bull."

GEORGE MILLING STANLEY: Since all of the dislocations in financial markets in 2008 and '09 and the gold market dislocations of 2011 to '12, we have seen a resurgence in economic growth in the emerging markets. I know that we got an occasional quarter when there's a downturn. But the general trend over the past five, six years or so has been for China to grow at 5%, 6%, or 7%-- we'd give our eye teeth to do that, so would Europe, so would Japan-- which is helping to support gold jewelry demand, again, throughout the emerging world. Not as strong as it was from 2001 to 2010, but nevertheless pretty solid growth every year.

And even when we get an economic downturn, gold jewelry demand has been holding very, very steady in China and India, throughout the emerging world. So that's good support.

But increasingly, we're seeing investors emerge in the emerging markets. We're seeing a significant increase in pure investment demand, alongside the jewelry demand. And that, I think, is a relatively new term in the equation. That is, also, I think, going to be a catalyst for higher prices going forward.

When we look at the rest of the world, we look at Europe and North America, we've got two very distinct kinds of investment demand going on there. Safe haven buying-- people are concerned macroeconomically. People are concerned geopolitically. I don't think we need to go into all the details of that. There is a level of uncertainty that some people would suggest is actually unprecedented in markets right now.

So safe haven buying of gold makes a lot of sense for people who are concerned about the potential for a stock market decline, the potential for political tensions to increase trade wars, whatever. There's a lot of problems on the horizon. And outside of this country, you've got the whole issue of Brexit and Germany coming to terms with the transition from Mrs. Merkel to whatever comes after Mrs. Merkel, which is proving a little difficult for them to absorb.

So you've got this solid safe haven buying, which I think is providing good support to gold prices. But in addition, again, this is in the period, after all, of the dislocations of 2008 and 2012 passed away. The dust settled from them. We've seen significant strategic asset allocation-type buying from both institutions and individuals, putting somewhere between 2% and 10% into their properly balanced global multi-asset portfolios, because they know it improves their Sharpe ratio. It increases their risk-adjusted returns.

All of that together, you've got flat to declining supply. You've got modest, but nevertheless important growth on the demand side. That's a pretty good recipe given that the exogenous variables, also to my mind, seem to be pretty favorable in terms of macroeconomic tensions, geopolitical tensions.

You're asking me what keeps me awake at night as far as gold is concerned. And I have to answer that gold is what allows me to sleep at night. It allows me to push further out on the risk spectrum in my equities into more growth stocks and to be a little more aggressive in terms of higher yield on the bond side, because I know that my portfolio has a pretty solid core that is going to perform, and is going to perform even better if and when all those other things turn down.

But it's going to perform whether they turn down or not. So gold is what allows me to sleep at night. I think something would have to go wrong with most of the factors that I think lie behind what I expect to be the continued rising gold prices. Something would have to go wrong with more than just one of these. You'd have to see a significant surge in the value of the dollar. And I'm not expecting that anytime soon.

I think the Europeans will get their act together. I'm not going to give you a time frame on that. That would be foolish. But I think they will get their act together. And the euro will reemerge as a decent currency and as some competition for the dollar. I think increasingly, the renminbi from China is emerging as-- it's competing, in the sense that the IMF has allowed the renminbi into the special drawing rights. And that's kind of seal of approval, if you like, from the IMF for central banks around the world if they choose to include the renminbi in their official reserves, which has not really happened very much, but I think is increasingly going to be happening.

So I think we're moving away from a period of where the dollar was king, and then nothing else really counted in international monetary system, to a period where we're going to have multiple reserve assets, just as we did when we had sterling and the dollar and gold, all three coexisting. When the euro was first launched, the euro then took its turn and played into a multi-asset international monetary system, if you like.

More recently, dollar dominance has as reemerged. But as I say, I think that we are already seeing the renminbi starting to move. Governments are issuing bonds denominated in ren-- the UK government did that not that long ago. I mean, to me, with my accent, that's obviously the ultimate seal of approval.

One other thing I didn't mention, in terms of supply and demand, was that it's not just the private sector in the emerging markets that are big buyers of gold. Emerging market central banks have been net buyers now for a decade of the equivalent of about 10% of each year's demand, which is very significant. And last year, they upped their purchases to the largest since that magic date of 1971, the birth of the free market in gold. They bought more gold than at any time since 1971 last year, accounting for about 15% of final demand.

And those purchases are continuing this year. So I think we've got very, very solid support, as far as that's concerned.