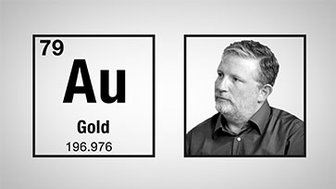 Is the price of gold manipulated? If so, who is…

Daniel Lansberg-Rodriguez, adjunct lecturer at Kellogg School of Management, discusses gold's role in Venezuela. Taking a look at the relationship between Venezuela, gold, and the rest of the world, Lansberg-Rodriguez walks through the domestic and international concerns of Maduro's Venezuela. This video is excerpted from a piece published on Real Vision on November 28, 2018 entitled "A Closer Look at Venezuela."

BRIAN PRICE: With everything in mind that you guys have been discussing, I just want to jump in for a minute and broaden it out globally and take a look at one of the big Gs in gold, and the role that that's playing both domestically in Venezuela and in the relationship it dictates with other countries. What are you seeing?

DANIEL LANSBERG-RODRIGUEZ: So gold is a very interesting issue in Venezuela. Venezuela has gold. They have never really gotten production truly online formally. A similar case to diamonds, actually, which Venezuela also has, but which it's never-- I think Chavez had a fight with the Kimberley people in 2008, and Venezuela got decertified, and has remained so. That doesn't mean that there hasn't been an industrialisation-- a very powerful industrialization. If you go on Google Maps now, and look at areas of Venezuela, where these resources are present, you can actually see mines. But they're not formal mines, they're informal mines.

The government is known well-- is widely presumed to take a cut of this. And that's something that has facilitated the diversification, the de facto diversification of its income. Because when people tell you that 98%-- or 99% now-- of Venezuela's exports are oil, that's not technically true. 99% of the exports that Venezuela-- let's say, legitimately exports-- are oil. But on top of that, you have to include drugs, most of which are not grown in Venezuela, but which pass through there. It includes oil, it includes diamonds, many of which were smuggled out at obviously, a lower price, because it's smuggled. But the government gets a big cut of it.

And unlike conventional private sector, you can basically pick who's getting them. So whoever is being allowed access to these sorts of illicit resources will for survival sake, be a lot more amenable to the government, regardless of how they attempt to interfere or else risk losing their assets.

That said, the other place that gold comes into play strongly is in terms of the national reserves, which should be booming. And which even an unresponsive oil country would probably have managed to save a significant amount during the colossal oil bonanza of the 2000s and early 2010s. Venezuela does not have that. They have a bit more of a kitchen sink apparatus as the Federal Reserve. So you have less than $10 billion US in there, most of it in liquid, much of it in gold. And for a while, there was a lot of speculation about whether the gold actually existed until they invited a well-known Venezuelan economist living abroad to actually go look at the gold, and actually certify that it was there for investors.

That said, the gold is something that has been sort of hawked to multiple groups at various times. And the chain of ownership is, as with all things Venezuela, very complex at this point, because they have been using the gold and the reserves as an asset to facilitate credit for years. And it's not really clear who has taken them up on it. One of the ways in which in the past they have attempted to shore up their credit, which is not very good, because they do have the unfortunate tendency to expropriate and to decide not to pay people, and to say they've paid people when they haven't-- because of their international reputation, one of the things they did several years ago was to actually export the gold to a third party. So that ostensibly, they couldn't just renege on it.

And so you have a large portion of the gold or a significant portion of the gold, which ended up in the UK, which Maduro has now asked for back, citing his own reasons, and the humanitarian crisis that he caused-- but he doesn't mention the latter part-- which is good marketing. A rare bit of good marketing for this regime. And asked for it back, and Britain has demurred, which among regime sympathizers, has drawn parallels to the Elgin Marbles, and said, oh, that's just Britain being Britain. They always do this. Why did we send them the gold.

But for I think, the international community, it does make a statement that you're too drunk right now, you can't have your keys back until you sober up a little bit. And it doesn't really-- I'm bearish on Maduro sobering up anytime soon.