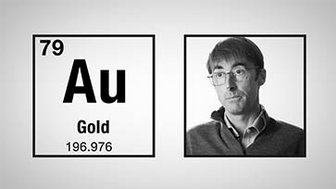 Ned Naylor-Leyland of Merian Global Investors talks about the tradeoffs…

Egon von Greyerz, managing partner at Matterhorn Asset Management, argues that when an investor wants to buy gold, that decision should not be influenced by gold's price. Rather, it should be influenced by the metal's fundamental attributes. Because of the risk presented by historical levels of debt globally, von Greyerz argues that gold is the ultimate portfolio hedge. This clip is excerpted from a video published on Real Vision on January 20, 2017 entitled "Gold in Uncertain Times."

EGON VON GREYERZ: I think our business, when it comes to gold, is very different to most peoples, because we are, if you want, preaching to the converted. We are concerned about the risks in the world. We're saying that, because of these risks, you have to keeps part of your capital outside the banking system in a form that actually will always have a value-- it will fluctuate, but always have a value-- and against paper money, has always appreciated throughout history. Because paper money, as we said before, goes down to zero.

So the gold peaked, initially, in 2011, and then remained strong for another year or so, and start going down properly in early 2013. Now, throughout the whole of the downturn in gold, our assets-- although, we're not holding in our balance sheet, because they're clients' assets, not ours-- but our gold assets have increased-- constantly increased.

So that means that the investor we have hasn't changed his mind because of the fall in the price of gold. And of course, then there are new buyers coming in, and of course, people love buying when things go up. Buying high, selling low is the method that--

GRANT WILLIAMS: Reassuringly expensive, I think is the phrase.

EGON VON GREYERZ: So when you tell them that you should buy, when it's unloved and undervalued, like we did in 2002 at $300-- some of our investors have done that and believe in that. They are not worried about the price. We get very, very few calls, when gold goes down, and virtually no sellers. So from that point of view, we are unique.

We are, in part, immune-- our investors are immune to the fluctuations in the gold price. Course, there will be more buying, if it really goes up, because then more people will enter that market. So obviously, we saw a bit more buying, yes, first six months, or even eight months of this year. And the last month or two has been more quiet.

But as I said, we are not typical. We are not the hedge fund, where people go in when it goes up, and sell when it goes down. So our business is a much more stable business, because our investors do what we believe is right. They keep their gold as insurance against other things in the world. And the thing is you can't wait to buy your insurance the day before the fire, and then get rid of it when you had the fire, and then wait until the next one. So you just have to sit on it. And you know, over time, if you live long enough, gold will depreciate, or paper money will depreciate.

GRANT WILLIAMS: I think everybody watching this who manages gold assets is secretly cursing you right now that the phone wasn't ringing, when the price goes down. Because people are so used to nervous, skittish investors in a very, very volatile asset.

EGON VON GREYERZ: But gold isn't really volatile. You don't buy gold because of events. Gold, as we know, maintains a constant value, and paper money goes down. And therefore, we know it's guaranteed that paper money will continue to depreciate. And therefore, gold will always measure that. And it's that simple.

Now, if you want to try to trade every in and out, you're guaranteed to lose-- absolutely guaranteed to lose. And our investors don't do that. Of course, no one likes when it goes down. And now, we are at $1,185 or 90 today. Yes, of course, it can go down to the previous lows again, because when there's no demand, and now, with a temporary strong dollar, gold is reflecting that.

And therefore, in the paper market, it is so easy to push it down to any level in the short term. But in my view, all the fundamentals for gold to go up to much higher levels is still there-- hasn't changed, and they will not change.

GRANT WILLIAMS: Yeah. This is a constant source of bewilderment to me, when you have an asset that is an element-- it's literally an element-- it's in the periodic table-- and yet, people can't value it for its fundamental properties. I find that really strange to do. Because people don't think of it the way you think of it. And people do get shaken out by the volatility, and they do get worried when price falls. It's a rare investor that actually does think of it in the way that you do.

EGON VON GREYERZ: Because the world today is all about instant gratification. You buy something now, and you want to make 20% at the end of the year. If you buy a property, everything must go up short-term. And everybody trades in and out. And of course, in bull markets, everyone is an expert, as we know. And in bear markets, nobody knows anything.

EGON VON GREYERZ: We have to come back to the risks, and this is the reason behind [INAUDIBLE] the risks are, that no sovereign state-- major sovereign state will ever repay the debt. That's guaranteed-- absolutely guaranteed. The Japanese economy will sink into the Pacific. As we know, they're buying all the bonds they're issuing themselves.

GRANT WILLIAMS: But there is a pushback argument to that, which is, essentially, these sovereign states don't need to pay back all the debt-- that there's never going to become a point in time where they need to pay it all back. I think the problem is the extent to which they've over-indebted themselves. It's not the US doesn't ever have to pay back all its debt, but can it run $19 trillion dollars, going to $20 and who knows where? At some point, no, they don't.

EGON VON GREYERZ: Well, you see, there is a limited time, when you artificially can manipulate the cost of this money you're borrowing-- whether it's Japan, whether it's the US, or whether it's Europe-- where rates are between negative and a little bit positive even the long rate of the US, which is higher than in most Western countries, is just over 2% now, the 10-year-- which is too cheap--

EGON VON GREYERZ: --for a bankrupt borrower, basically. So if you're saying that they never have to repay it-- which isn't a ridiculous idea, because if you and I borrow from the bank and say we're never going to repay it, they're not going to lend us the money.

EGON VON GREYERZ: Exactly. So all right, let's accept that they can't repay it, or they don't have to repay it because--

GRANT WILLIAMS: Well, not all of them. I'm not saying that. I'm saying the mindset is-- there is a debt amount-- I don't put a figure on it-- there is an amount that they could carry in perpetuity, and fund, and people would not really look at that as a detriment to their--

GRANT WILLIAMS: No, it doesn't. You're right.

GRANT WILLIAMS: I completely agree with you. And there's plenty going on right now that would give credence to the argument that maybe, if we're not there, we're close.

GRANT WILLIAMS: Do you think this is the end of that bull run, or do you think this is just some noise before we continue? Because it feels, to me, like treasuries haven't gone as far as they can go. And you look at Germany, you look at France, and Italy, and all these bankrupt countries trading at zero or negative on the 10-year. The US is 2 and change percent.

EGON VON GREYERZ: It's interesting. You are right. I think probably is gone too fast now anyway and I could see rates coming off again a little bit now. But the central banks will do what they can to manipulate the shorter end of the market. They have more problems manipulating longer and-- although, they're trying to do that too.

So I agree with you that the US will need to keep short rates low, but nevertheless, the rates are-- the longer trend is rates will reach 5%, 10%, 15%, 20% or more, in my view. So when you say that governments don't need to repay debt, the problem is they need to service debt.

EGON VON GREYERZ: And when rates go up to 5% or 10% or more-- and I think, having lived in the '70s and experienced this-- I can see it happening again. I can see it technically happening, and I can see it fundamentally happening, because there'll be more money printing everywhere that will continue. And in the end, they will not be able to keep rates low.

And that means that governments will not be able-- they will need to print even more money to pay for the interest only. And therefore, these high borrowings-- it is an unsound policy that will not last, and the world can only start to get back to a real growth path again if that debt implodes. And in my view, one day, it has to implode.

ALEX ROSENBERG: Let's play a game. I'm going to read out three sentences. You have to guess what they have in common. All right, here we go. Sentence number one-- "This has literally changed my life. I'm currently up enough on this trade to pay off my house." Here's sentence number two. "This call has been absolutely spot on. It has made a big difference to my year and portfolio returns. I'm likely up 30%, by the end of the year."

And sentence number three-- "It's effectively a macro mentoring program from two of the best." Give up? Each sentence comes from one of our many subscribers to Macro Insiders. That's the actionable macro mentoring service from Raoul Pal and Julian Brigden. To play along yourself, check out Macro Insider today to see what kind of membership works for you.