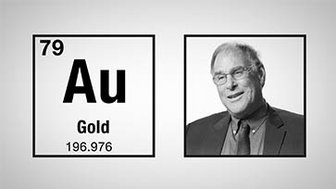 Rick Rule, president and CEO of Sprott US Holdings, talks…

Ned Naylor-Leyland of Merian Global Investors talks about the tradeoffs between investing in mining stocks and in bullion alone. Naylor-Leyland lays out the risks associated with investing in the different parts of the gold and silver markets, and explains why a position in miners and bullion alike can expose one's portfolio to massive returns in the event of a major trend reversal. This clip is excerpted from a video published on Real Vision on October 22, 2018 entitled "Silver and Gold in the Modern Portfolio."

Now, having said that, they've been horrible for a long time. There have been very short periods they've done very well but really, they are suffering from a very, very big and very important structural problem, due with the misreporting of inflation. I think it's a very profound observation that inflation is much higher, in real terms, than the statistics infer. There's plenty of evidence for this if one bothers to dig into it.

I think that if you think about a gold-and-silver mining company as selling something, which is priced of inflation on the screen-- because of course, gold and silver price of real interest rates, and when interest rates take into account the formal data on inflation-- so they're selling something which is pegged to Bloomberg, as it were, whereas their costs are not. Their costs are real. Their costs are rising in a much more secular, structural way, based on the real inflation rate in the real economy.

That creates a horrible-investment case for gold and silver equities, which is probably not what I should say, seeing as I invest in them but that's also where the opportunity lies to me because we've had 20-plus years of this problem being in place in the sector. I think that what's happened is we've ended up with now a really profound operational gearing built into the stocks. So long as you buy quality, you don't go chasing racy ones-- there's an enormous amount of operational gearing to rising gold and silver prices available in there.

For me, I don't think physical gold and silver on its own is enough of a hedge against the issues of the structural issues of the monetary system because if you have a 2%, 3%, 5% position in physical gold, what you're doing is you're saying, I want a 2% 3%, 5% vote no in my capital. Well, that's fine, but that's not going to make up for potential very large write-downs elsewhere in your net-worth pie chart, and wants to explain it like that.

For me, the gold and silver mining equities are a bit like an untimed call option. Now, you want someone to manage it for you because I think it's a very technical industry. It's not somewhere you should just be picking an individual gold stock-- go ahead and go with that one.

I think the idiosyncratic risk of individual mining companies is much greater than people realize. The skew is not in your favor buying individual names. Whether one wants to buy an index or a managed fund, the likes of which I manage, I don't really think that that's something I'm going to push someone towards-- but I do think holding individual names is a bad idea.

I also think that this is the finest way to have a really meaningful and geared exposure to a major-trend reversal, which I think everybody is worried about. Lots of people are worried about this, quite rightly, because there's so much herding, so much concentration, so much correlation, inability for people to own things which are going to move fast the other way. For me, this is what gold-and-silver mining stocks represent.

Now, they need to be selected carefully. We don't buy companies that are based in Africa, Central Asia, Russia-- anything like that because I don't think you need the additional risks involved in that to capture the return profile but I do think that some people believe they can hedge themselves by holding derivatives, holding, basically, a timed short-view on things. For me, that's not the best way to do this because I think the big problem people have is timing this structural issue that we're all talking about.

I think that if you don't have that, it's a fool's errand in buying individual stocks because what you're doing is you're saying, oh, I know better than my engineer. You're not explicitly saying that. But you're inferring this because an index or a fund is going to capture 90%-- 80%, 90% of any upside in an individual name. But what you're doing by investing in an index or a fund is you're avoiding the huge downside risk that can be caused by, well, whether it's geopolitical, whether it's operational-- whatever specific idiosyncratic risk there is-- there are many, many of them-- and they usually do come along when you not expecting it. I feel strongly that avoiding that problem by layering your exposure is more pertinent in this sector than anywhere else.

This idea that gold-and-silver mining companies are brilliant at capital instruction, I think, is just wrong. It comes from a lack of understanding of this problem of costs versus the gold price. Just to go into that a little bit, gold is money, silver is money. They're pricing of full stature in the bond market.

I'll say, for me, that, that it's not just the work John Williams of Shadowstats. There are other things as well, which indicate that inflation can be around probably average 9% over the last 20 years. I know that sounds completely shocking. By the way, in truth, a lot of the most interesting investors I meet would agree with me. They want to be up 10% net per year. Otherwise, they feel they're down. That actually confirms that point.

If you accept that, then there's a huge input cost problem for these companies. We see it consistently when you model them out proper. You can see it's there. They're not able to hedge that away or avoid that problem. If costs are rising at 10, and gold is up 1, it's not a management problem.

Now, don't get me wrong. There are issues with corporate governance, renumeration. I don't think there are any bigger than they are elsewhere in other sectors. I think that there's a narrative here which doesn't really bear out when you really dig into it. The issue is with the way inflation is reported, and thereby, the way real interest rates price gold.

That's where both the problem has come for a very long time, but also, where the enormous investment opportunity lies because if gold does start to break out in a major way, you're going to see massive margin expansion, operational gearing to the upside for these companies. People can make fantastic returns on that basis.