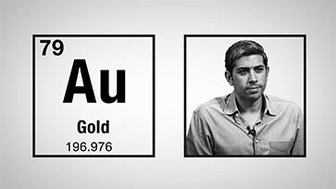 Roy Sebag, CEO of GoldMoney, talks with Stefan Spears of…

Greg Weldon, founder and CEO of Weldon Financial Publishing, talks about the impact that modern monetary policies have on the price of gold. Weldon discusses negative interest rates, predicts that the response to a potential crisis by the central banks will be "QE on steroids," and reveals why that could be incredibly lucrative for owners of gold. This clip is excerpted from a video published on Real Vision on July 29, 2019 entitled, "The Central Banks' Last Stand."

GREG WELDON: Now, it's one thing and one thing only- pain avoidance. The deepest pain, A, debt deflation. Europe, potentially staring down the barrel of that gun right now. So, what do they do? Well, what if they were to actually raise interest rates? Oh, my God, you get, say 100, a 200 basis point deposit rate. Now, all of a sudden, fixed income is fixed income again. You're paying investors, you're paying depositors to put money in the bank.

And on the flip side, the ECB, using the LTRO program, is able to establish a borrowing rate for banks that say minus 100 or minus 200. Say you had a symmetrical minus 200 plus 200 two-tiered system, a deposit rate against the borrowing rate for banks. Now, the thought process goes so far as to suggest what would happen is that this would facilitate banks making loans to consumers and businesses at minus 50 basis points, essentially, paying consumers, paying businesses to borrow more money. Negative interest rates, the thought process was that's going to be a penalty dynamic that will force consumers to go out and spend money. Somehow, it's happened. It's sucked money out of the system.

So, in this case, this setup while dramatic, while QE on steroids, would have some desired impact if your desired impact is to push for a reflation. But at the same time, on the backend of that, you might get some severe reversals in some of the markets like the deposit rate futures, which are pricing in rate cuts. If you hike rates, you're going to have a massive opportunity to be short those contracts. Something like the bonds would probably get hit too and yields would start to rise. The flip side would be stock markets would probably love this idea. At least for some time period, it would be a honeymoon for the stock markets. And really, when you come back down to it, this might be the most bullish thing I've heard potentially, if it were to ever come to fruition, the most bullish thing for gold that I've heard in 35 years of doing this.

I guess that backdrop, the view on gold is very positive. And it's even positive to the degree that the last six to nine months haven't been negative. Because if you look at the dollar and the dollar's trading 98.50, the dollar is bidding to break out here in a short-term basis and get back to the highs from 2016. Closer to 104 in the dollar index. The trade way to the dollar index is even stronger. And against that backdrop, gold has not cracked. If you overlay these things, gold would be trading more around the lines of $1,100, maybe as low as $1,050, given where the dollar is, that de-linkage is huge, because what it tells you is if the dollar is the strongest currency out there, and gold is appreciating in dollar terms, that means gold is appreciating against all paper currencies.

That's the sweet spot for gold. That's what you have right now. In fact, the gold adjusted value of the dollar index, simply the dollar divided by gold, really not rocket science, is on the verge of a major breakdown into what is already been a secular breakdown. So, it'd be a fresh leg down here, which would mean obviously, gold's already broken out above this $1,375 level. That was key resistance. And if you lay out the technical structure on a long-term basis, even going back to 1971, when Nixon de-linked gold you from the dollar officially, this has been a four-wave setup, Wave 1, 2, Wave 3 was into the 2011 high, the most recent correction to the lows around $1050. Lo and behold, it's almost a perfect 50% retracement of the entire boom moves from 1971 to the 2011 high.

And I remember specifically, just watching this very closely back when gold was under pressure into late 2014 and into the 2015 low, the number of days that you got below that 50% retracement and then closed back above it. The number of tailed reversals like on a candlestick chart that you might see below this 50% retracement level, just be like so much demand there. It was uncanny to watch the math and to watch how it played out in the manifestations of the market movements to where it held that level. More recently, there was some questions around gold. It was maybe going to break $1,260 again and could have had a real another significant $100, $150, $200 decline. And it didn't do that.

So, when you throw all this into the mix, let alone you take places like Angola, Pakistan, Colombia, Uruguay, Uzbekistan, Kazakhstan, gold in these currencies, record highs in almost every case. So, a lengthening list of currencies against which gold is at record highs, including the Aussie dollar for example, including some major currencies, Swedish krona will be another example. And then you look at the dynamic around how the dollar is playing out in this context. Again, you go back to if the ECB is going to pull some QE on steroids, rabbit out of a hat here.

Would it make sense that gold is appreciating at all paper currencies? Because essentially, what you really have going on here, at the end of the day, the most base case at the instinctive level, is a growing uncertainty, fear and even mistrust around all paper. They're just going to keep printing more and more paper every time there's an issue around disinflation, deflation. Well, at some point, there is a level of uncertainty and anxiety around all that paper, and it is IOUs. Currencies, sovereign debt, it's all saying it's an IOU, and it's clich? but it is powerful and it's true, the dynamic around gold being an offset to all of this paper that they'd just keep printing.