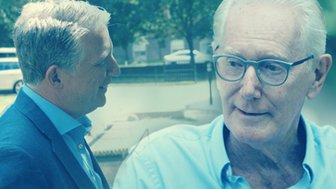 Grant travels to Toronto to meet Bill White, whose experience…

Grant travels to western Canada for a conversation with Pan American Silver Chairman, Canadian Mining Hall of Fame inductee, and Order of Canada recipient Ross Beaty. The two discuss Ross's extraordinary career as a serial entrepreneur across multiple different resources, and pick apart the successes and failures that have shaped one of the most successful mining executives of the last half century. Ross describes his successful ventures in silver, gold, copper, and alternative energy, and explains his deep philanthropic commitment to the environment, in a fascinating and engaging conversation. Filmed on July 23, 2018 in Bowen Island, British Columbia.