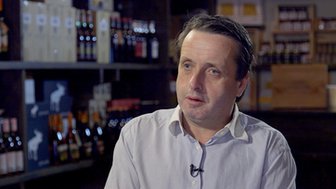 In an additional interview to his presentation on Saudi Arabia – ‘The Least Crowded Trade in the World’, Grant Williams goes one-on-one with John Burbank of Passport Capital. As John sets out the story of his journey that led him to focus on this region and invest in 2008, the discussion delves into the relationship between the Saudi economy and the oil price, while looking in detail at the scale of the changes to come in the Kingdom, under the rule of millennial Mohammad bin Salman.