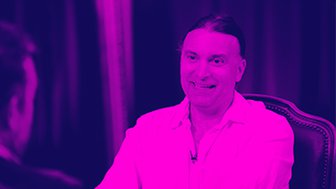 "Market Wizard" Mark Ritchie shares the story of his first day in the Chicago trading pits. He tells his son, Mark Ritchie II, that the energy he experienced that day sparked a lifelong interest in financial markets. This clip is excerpted from a video published on Real Vision on August 9, 2019 entitled "Learning How to Lose."

JUSTINE UNDERHILL: This week on How I Got My Start in Finance, Mark Ritchie, investor and market wizard, joins his son, Mark Ritchie II, to talk about his introduction to the world of finance. Starting in the Chicago commodities pits, Ritchie tells a story of his excitement of the first time he heard an opening bell.

MARK RITCHIE: It is a crazy business. I guess everybody knows that, your Real Vision's people ought to know that. If they don't know that by now, they're beginners. I spent part of my childhood in the Jim Crow South, another part of my childhood trading kites and pigeons in the streets of the bazaars of Kabul, Afghanistan. And then another part of my childhood messing around here in the US. Well, by the time you're done with all of that, you're ready for some crazy stuff. So by the time I got to this business, I had a method of thinking differently. Real Vision's thinking differently if they put a trader in here to interview someone what it was like back in the antique days when they had to yell and scream.

MARK RITCHIE II: So, one thing on that note is we're prone, us Ritchies, to go on tangents from time to time.

MARK RITCHIE: You just heard one.

MARK RITCHIE II: Yeah, that was a good one to get started. Oh, yeah, that was a good one to get started. So, take things then from willing to try different things to the Chicago Board of Trade, yelling and screaming in pits. Some may have read either one of your books, or I get constant questions as if you're still doing what you were doing in Market Wizards that you were interviewed for 30 plus years ago. Talk me through that transition. Maybe when you first saw it. How did you realize this was a playground for you, this was the kind of crazy you could get into?

MARK RITCHIE: Yeah, my brother and I went to the Board of Trade to visit one time, we're standing in the visitors' gallery overlooking the floor, we'd heard legends about how wild the place was. Didn't look that wild to us. A lot of noise, a lot of noise going on. But it just didn't look all that wild. All of a sudden, a great big dong went off. A bell like we hadn't heard before. And the pit went crazy.

MARK RITCHIE II: So, you hadn't been trading yet when you were watching it.

MARK RITCHIE: We didn't know we didn't know, they were just passing around orders getting ready for the opening, jockeying. We were standing above the soybean pit and the traders went up to side and down the outside, back down and over the other side. It happened to be an exceptionally wild opening. We both looked at each other. This is the place for us. It was pretty clear.

MARK RITCHIE II: What year was that?

MARK RITCHIE II: Consequently, was that the jump off point then?

MARK RITCHIE II: Would it be accurate to say that you probably haven't had a salary since that jump off point?

MARK RITCHIE: Well, my brother Joe was hired actually by another company to come from Los Angeles. And almost no one from outside the financial industries ever was successful invading them. And he was hired to come and check this thing out. So, he comes and sees me. He says I don't have a suit, you got a suit. He put on one of my suits. And I put on a suit. And we went into some of these people at the Chicago Board of Trade. We said, how could we get a membership with the Chicago Board of Trade? The guy just took one look at us when he came to the door. He said, you boys have got to be at the wrong place.

MARK RITCHIE II: What was it about what you guys were doing on the floors? And what started from what I understand is just yelling and screaming like everybody else to figure things out then wound up becoming, developing into a pretty large trading enterprise?

MARK RITCHIE: We did, we yelled and screamed like everybody else but we brought to it a mentality of trying to do stuff different. A willingness to do stuff different, not follow the crowd. I don't know how many the viewers here tune in to this station to look for who's buying what. Well, I got nothing against that. But if you're just following the guys where I happen to be long gold right now, you want to use that to develop your own strategy. The crusade has come around right now is the quote from Einstein. The definition of insanity, doing the same thing over and over and expecting a different result. Okay, fine.

Okay, most people who quote these geniuses don't know what they were talking about. The geniuses or don't know what they're talking about. In our business, we do the same thing over and over. And we do expect different results. And we get it every time too. So, we went into the pit. Yes, with the strategies, we were arbitraging silver between New York and Chicago. But we brought every different idea we could possibly think of to the game.

MARK RITCHIE II: To do that more creatively.

MARK RITCHIE: Right, to do it as creatively as we possibly could. And then later went into soybeans. And there was an interesting, almost illegal thing going on here in the States at that time. And that was the marketing of options on commodities. And we had options on stock, but we didn't have any options on commodities. So, there were people who bought them retail in London and marketed them retail here in the US.

MARK RITCHIE II: So sure, making a ridiculous spread on that.

MARK RITCHIE: Yes, it was the kind of thing that's only legal because reasonable minds didn't realize what was happening. But it was about as improper as possible, and it got closed down. But it did result in eventually and the options becoming regulated here. And we were prime to take advantage of that. At one point, the biggest option pit was the bond option pit. At one point, there were days in which our firm took as much as 50% of the trades in the option pit. They wouldn't have actually been open interest, but they're always going someplace with it. We were as market neutral as anybody could ever be.

MARK RITCHIE II: Could have taken a lot of the volume. And if I understand too, the claim to fame from even your trading CRT was, let's hit as many more or less base hits as possible versus swing for the fences.

MARK RITCHIE: Yeah, if you want to use the baseball, then it was get hit by the pitch as much as possible. Or go for a walks for bonds. Yes, absolutely. Joe once described it as picking up dimes in front of a bulldozer, one of the rules is never add to a loser. That was probably my biggest strategy, adding to losers. Don't do what I say. Use what I say to try to come up with your own strategies.

MARK RITCHIE II: So, that raises a really good question and transition point on just this idea of losses and risk management. And a question I often get from people is, what did your dad teach you? And usually they're assuming this idea that you have handed me some type of secret sauce. And I often jokingly say, the crystal ball that my dad had in the '70s and the '80s is broken, because I don't have it. But what I do say that you taught certainly directly and indirectly is this idea of taking losses and managing risk.

So, when you say I was adding to losers, you had a puke point for lack of a better word where it was time to throw in the towel. And so, could you talk about the importance of risk management, how you think about taking losses, and just why that's so essential? And why you're still around as any form of a speculator, whether it's trader, investor, long-term investor?

He lost a million, got mad, took his money and left. Exactly what I told him was going to happen, got furious and left me. Do you even know about one relative? Sure, sure. I got him into a deal. I said, I guarantee you will not lose money on this thing. We will both do it, we'll take profits. I'll tell you where to take profits. And if you lose money, I'll write you a check, don't worry about nothing, okay? You know the story.

I'm going to tell the story anyway. Because people need to hear the story. I took profits, I took my profits. I told him where to take the profits. Take your profits there. He calls me back in six months when he's turned his profit into a loser and says, are you still going to write me a check? That's how ignorant, that's how ignorant- and he's never spoken to me again.

MARK RITCHIE II: Not only do he lose money, he also lost a friendship.

JUSTINE UNDERHILL: From arbitraging silver and copper to learning about how to lose, Mark Ritchie's experience, enthusiasm, and his commitment to thinking differently have served him well.