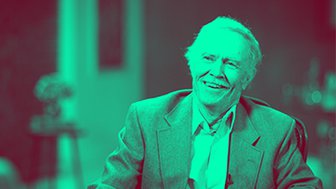 "Market Wizard" Mark Ritchie shares the story of his first…

Milton Berg, CIO of Milton Berg Advisors, talks to Grant Williams about his discovery of technical analysis after being one of the first one thousand people to earn the CFA charter. Realizing the need to find an edge, Berg combined his own self-guided understanding of financial markets and his skeptical thoughts on the lessons of Benjamin Graham to build an investment process. This clip is excerpted from a video published on Real Vision on July 12, 2019 entitled "The Turning Point Master."

JUSTINE UNDERHILL: This week on How I Got My Start in Finance, Milton Berg, who has worked alongside financial Titans like Stanley Druckenmiller, George Soros and Michael Steinhardt, joins Grant Williams to talk about his start in finance and how that contributed to his investment philosophy.

MILTON BERG: Well, my background was never in finance. I got degrees in Talmudic Law in the 1970s. But I didn't feel I'd make a living out of that, make a profession out of it. I started studying markets on my own. I was exposed to markets as a child. My uncles used to trade in the '60s and somewhat in the '70s.

Then I decided to study the markets. I received a CFA, one of the earliest ones, number 6881. Now, there are hundreds and hundreds of thousands, so one of the earliest CFAs. I studied pure Graham and Dodd fundamental analysis. I thought that's what you have to know to do well in the business. I studied accounting and financial statement analysis, and Graham and Dodd.

As soon as I got my first job, I realized two things. First, I realized that I'm competing with all these other fundamentalists. I have no edge. There are thousands of analysts who follow Graham and Dodd. That's one thing I realized. Secondly, I realized that, on average, the typical analyst just has average performance and a lot of the analysis doesn't really contribute to their earning money in the market.

I was exposed initially to Ned Davis. Was then working at JC Bradford, so first technical analyst I was actually exposed to. I was fascinated because I saw there was more to the market than what I perceived Graham and Dodd was teaching me. From then on, what I did was really is I spent more than 30 years analyzing markets, until I learned to focus on market tops and market bottoms.

My background was I started at Talmudic law. I started as an analyst for low grade credits for a mutual fund organization. Then I started managing money for a mutual funds organization. I worked at Oppenheimer Money Management, managing three mutual funds in the 1980s. Actually in '87, I managed the three top funds in the country. At that time already, I already had the discipline of trying to call tops and bottoms. We got to 80% cash before the crash in October, raised the cash in September.

Then I worked as a partner at Steinhardt. I took off for a few years, moved to Israel with my family. I then went to work for George Soros with Stanley Druckenmiller. I worked with Stanley at Duquesne, always did research. In the last six years, I've been doing the same research I've done all the years for other firms, doing it for myself and marketing new research, selling the research to clients.

Currently, my clients really are the titans of the hedge fund industry. The type of work I do is very atypical. People look at it, and they don't understand it. They don't necessarily accept it but the clients who've been-- people dealing with it for years understand that it's much value added.

GRANT WILLIAMS: Well, let's get into that because it is different. It is something that people won't be familiar with. Just talk about how you built this framework and how you began to assemble the pieces of the jigsaw.

MILTON BERG: Well, one thing I realized in studying Graham and Dodd, Benjamin Graham was actually a technical analyst.

GRANT WILLIAMS: See, already people are going to be going--

MILTON BERG: Well, people who know Graham know the end of his-- yeah, he said we give up all research. The rest can look at the numbers. People who know Graham and Warren Buffett will tell you, in the last five years of Benjamin Graham's career, he would no longer do rigorous analysis of balance sheets. He'd just look at numbers, PE ratios, price to book value, what the price of the stock is relative to its last five-year high, which is really technical analysis.

Later in life, everyone knows he became a technician. Prior to that, even reading Graham and Dodd's security works from the 1920s and the 1960s, he suggests that the only reason he needs a value analyst is, of course, experience shows him that it works. He actually spoke in Congress. He was testifying in Congress in the 1960s with a question of market manipulation.

They asked him, why is it a stock that's trading for $20, and you believe it's worth $60, why doesn't it ever trade at $60? Why does it remain at $20 forever? In other words, the question is, if the stock could be trading-- be undervalued today, why can't it be undervalued forever? Why? Why must the stock ever reach intrinsic value?

Then really, Benjamin Graham's whole theory was the theory of intrinsic value. He said, I have no answer to this question. It's a mystery. All I know from experience is that if you buy a cheap stock, eventually it will trade at fair value. That's his answer. It's a mystery. Once we're dealing in mysteries, I figure there must be many more mysteries strictly valued. There are far many things we look at that create the market movements other than the value.

GRANT WILLIAMS: Yes, exactly right. Taking that into account, how do you then start to build your own framework using that and applying it to tops and bottoms?

MILTON BERG: What I try to do is say, is the market actually a random movement, which we were taught in the schools? Actually, the CFA program goes with random movements, modern portfolio theory. Or is a market not necessarily random? Is there some edge you can have? Of course, Benjamin Graham did not believe the market's random because there wouldn't be an undervalued stock if the market would be random. It would be efficient. Everything would be traded at intrinsic value.

People haven't looked at that as a technical indicator. We say, we're not going to be one of those who panic and create the five-day volume. We're going to wait for five-day volume, greatest in one year, greatest in two years, greatest in six months. We track these things and that tells you that an impending turn in the market we see. That's just one indicator, an increase in five-day volume as an example.

JUSTINE UNDERHILL: From his degree in Talmudic Law to being one of the first 1000 people to earn a CFA, Berg's experience helped him to build an investment framework based on seeing what others did not. His unique perspective on market psychology, the stock market's history and his rejection of traditional economic assumptions all helped him build a successful investment philosophy. For Real Vision, I'm Justine Underhill.