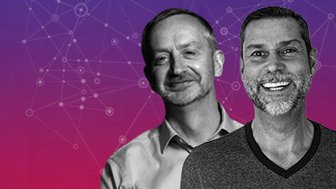 In this month’s Insider Talk, Raoul and Julian will be…

Is Everything a Bubble? Why That’s the Wrong Question – Follow Up with Raoul (LIVE)

Is Everything a Bubble? Why That’s the Wrong Question – Follow Up with Raoul (LIVE)

“Has Everything Changed?” Follow-Up with Raoul (LIVE)

“Has Everything Changed?” Follow-Up with Raoul (LIVE)

In the latest installment of “Inside the Episode,” Real Vision managing editor Roger Hirst breaks down the most central points of discussion from February’s episode of Insider Talks. He explains the rare equity set-up that Raoul and Julian are observing—from options trading at record highs due to retail and high-frequency trading to market makers being short gamma to mutual funds having record low levels of cash, this has generated a scenario where hedge funds’ stabilizing influence has been dramatically reduced. Roger shares how this set-up has played a key role in what occurred with GameStop and leads to bigger questions about whether the conviction behind the reflation trade has been one of dollar reflation and speculative positioning or true growth reflation. Analyzing the recent movements of Treasury yields and comparing them to their prior behavior during other recessionary periods, he considers how commonplace the inflation narrative is and how much of that is priced in. As central banks have continuously supported markets with quantitative easing, Roger points out how they have become a critical part of the correction mechanism, which has made market fragility more apparent and volatility more extreme, and how, in turn, this dynamic can inflict more damage upon the real economy.