The Fed to the Rescue 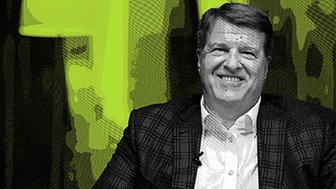 When the Fed pivoted dramatically earlier this year, markets rallied…

Opportunities in a Growth-Starved World

Reflation Rally or Market Bubble? The Yield Curve Will Show the Way

Reflation Rally or Market Bubble? The Yield Curve Will Show the Way

A Rejection of the New “Roaring 20s” Recovery Narrative

A Rejection of the New “Roaring 20s” Recovery Narrative

The Path Forward for Markets after Valuation Multiple Expansion

The Path Forward for Markets after Valuation Multiple Expansion

Sam Burns: Are Central Banks Out of Bullets?

Sam Burns: Are Central Banks Out of Bullets?

David Rosenberg – In A Depression, Own What’s Scarce

David Rosenberg – In A Depression, Own What’s Scarce

Jay Pelosky: “The Higher You Go, The Tougher It Gets”

Jay Pelosky: “The Higher You Go, The Tougher It Gets”

COVID-19, The Fed, and Corporate Zombification

COVID-19, The Fed, and Corporate Zombification

“The Death Knell for Leverage”

“The Death Knell for Leverage”

The Deflation Trade: Betting on a NIRP Reversal

The Deflation Trade: Betting on a NIRP Reversal

Expensive But Not Overvalued

Expensive But Not Overvalued

Canadian Banks: “The Anchor That Drags Your Whole Portfolio Down”

Canadian Banks: “The Anchor That Drags Your Whole Portfolio Down”

The Fed to the Rescue

Luke Gromen, founder and president of Forest for the Trees, sees an investment opportunity in rising U.S. government deficits. He believes the Fed will be forced to step in with interest rate cuts and quantitative easing, and that this will drive the investment cycle over the medium term. He warns, however, that if the Fed abrogates its duty in the Treasury market as a buyer of last resort, the implications would be profound. Filmed on June 3, 2019 in New York.

ED HARRISON: Welcome to Investment Ideas. I'm your host, Ed Harrison. Today, we are talking to Luke Gromen of FFTT.

The Fed is about to do some very funky things with interest rates going forward. Luke tells us what he believes is going to happen later this year and how you should be positioned in terms of your investments over the next six to 24 months as a result.

Luke Gromen, it's great to have you here back on Real Vision. And I'm looking forward to talking to you about what's going on in the economy- both the real economy and also in the markets, especially because of some of the volatility that we've been seeing. We spoke a little bit earlier before the interview and you were saying that this is a great opportunity for the Fed to complete a pivot. Tell me- before we go into what that pivot is going to be, what your investment idea is, given the outlook and why that is.

ED HARRISON: We've had some guests- actually, we had one guest very specifically on the show who had a somewhat bullish call on risk assets the way that you did. But I think his reasoning was probably a lot different than your reasoning. Where are you coming from in terms of why you think this is the move to take?

LUKE GROMEN: So, where we're coming from is, is we're seeing a number of things play out in markets that are really the culmination of a number of factors we've been watching and writing about over the past five years. And so, if we take a step back, about five years ago, global central bank stopped buying treasury bonds, or stopped adding to their treasury bond portfolios on net. And what this ultimately did is forced the global private sector to begin financing the US government. And ironically, you would think that would be bad for the dollar. But what it actually started to do was squeeze out global dollar markets at that point.

And so, it was all a patchwork to try to have the US funded more by the global private sector as opposed to the foreign official sector as it had been for a long time. That worked up until 3Q16 when effectively, the higher interest rates caused by the crowding out, the higher dollar and the reduced consumer dollars in pocket as a result of higher out of pockets with health care costs led to a slowdown in the US economy. You saw US deficits rise as a percentage of GDP for the first time since 2009.

Now, historically, that didn't only happen where you saw deficits as a percentage of GDP peak and fall only seven prior times in 50 years. And then six of those seven prior times, the US was in recession within about 12 to 14 months, sometimes shorter. The one time it didn't go into recession was in the mid-1980s when you had the dollar devalued significantly at the Plaza Accord so our call at the time in the end of 4Q16, which was pretty contrarian at the time was unless that we think the dollar is going to be weakened, because if you don't, you're going to get into a recession scenario in 2017. And if you get that, all bets are off because of where the US in the global fiscal situation is at the sovereign level.

So, as we move through 2018, you got into the third quarter or late third quarter of 2018. And something very important happened, which was that the hedging costs for foreign investors to buy US Treasuries went negative. In other words, for a Japanese or German private sector investor- and again, the US government's now critically reliant on foreign private sector investors to buy treasuries, the yield FX hedged turn negative. And so, people looking at nominal yields still look like it made sense. But the reality was, is if they wanted to hedge the risk of the dollar, they were going to have to take a negative coupon on treasuries, which was a problem, because in 2018, the United States government issued gross $10 trillion with about 70% of that less than a year of maturities. This year, they're gone on pace to issue 11.5 trillion in US Treasuries, again, 70%, less than one-year maturities.

And so, you're now talking what began happening and 4Q18 was that the global private sector began being paid not to buy treasuries, or they would have to take the dollar risk on themselves. Some of them have done that on the margin. But the amounts involved are so big that you simply can't- you don't have the mandate, or you don't want to take a career risk to take all of that on, taking a dollar risk on $11 trillion in new issuance and roll.

So, fast forward to what this effectively did was it began shifting, we'd already shifted once from the foreign official sector to the global private sector, and that squeezed the dollar higher, squeezed rates higher. What this then didn't-

ED HARRISON: So, wait a minute here, because you know because we were talking about this. My paradigm says that, when you look at supply and demand, that's not the driver of interest rates globally. So, for instance, if you look at the Treasury curve and the Treasury curve is inverted from three months to three years as it is now, it's really telling you what people think is going to happen to Fed Funds going forward. So, it's not really per se, I would say that these rates are driven by supply demand, it's really driven by policy rates. How do you square that?

LUKE GROMEN: I would say at the longer end that you're exactly right.

ED HARRISON: But I'm talking even three months to three years because that's the belly of the curve.

LUKE GROMEN: Sure. When you look at Libor for example, right, so you're talking about offshore euro-dollar rates, they bottomed the second foreign central bank stopped buying treasuries. 3Q14, you started sucking that dollar liquidity out of the global system and Libor began rising. The US was also tapering at that point in time as well. No question. Would you look at what happened here in the 4Q18, it's very clear that when on the margin, your foreign private sector investors, their choice all of a sudden is I can buy a JGB at 10 basis points, or I can buy a US Treasury hedged at negative 45 basis points, or I can buy a US Treasury unhedged at 2.25, 2.4%, whatever it was, at the time, 2.5%. But my risk there then is that I get another 2017 in the dollar and I lose four or five years of coupon if the dollar goes down 12%. That's the risk they're taking. And they're probably going to lose their job and assets with it.

And so, what that did was it forced, on the margin, more of the United States deficit on to the US private sector, US banks. So, you can start to see even in the 4Q18 risk off, yes, yields came down, but the tails on auctions were consistently very, very large. Private yield, if you look at charts of primary dealers holdings of Treasury starting in the fourth quarter of '18, they are up into the right at a 45-degree angles. Primary dealers were having to take down more and more of this. And so, what all this was doing was crowding out the US- it's creating a dollar shortage in the US, its own banking system.

This came to a head on March 20th, Fed Funds Rates rose above interest on excess reserves. And there was talk at the time that this was tied to tax season, which made sense. There's a lot of dollars moving in and out of the system around tax day. Tax day came and went and FFR, Fed funds remained above IOER. The Fed clearly was aware of it because about four weeks ago, they cut interest on excess reserves rate, which should have injected more dollar liquidity into the system. It did normalize Fed Funds a little bit, but it remains above IOER.