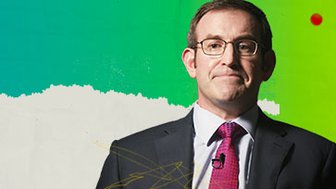 As Covid-19 seemingly leaves the borders of China behind and…

These are unprecedented times – entire countries have shut down, large portions of the global population are quarantined, business has come to a grinding halt, and markets are in disarray as they rally on hope and collapse on fear. With China showing the first signs of a return to relative normalcy and Europe seemingly making its way to the other side of the deadly curve, we are faced with one question: what will the shape of the recovery look like? Do we slide into oblivion from here (L)? Make a quick recovery (V)? Or go down a protracted road of pain and misery before seeing light (U)? To gain some clarity on what is possibly the single most important question of today, Raoul Pal, CEO & co-founder of Real Vision, joins chief strategist and portfolio manager at Logica Capital, Mike Green, to debate what the endgame looks like. Having expressed opposing views of life on the other side of COVID-19, this week’s Real Vision Live promises to shed light on the most important conversations taking place in capital markets right now.

RAOUL PAL: Mike, welcome to "Real Vision Live." This is the first time we've done a live event, even though we talked to live many, many times. But I think this should be fun, particularly in this environment. There's a lot going on, and I think people are always interested to hear your perspectives on stuff. First, update people what you're up to now, because you're doing something new and it's very exciting.

MIKE GREEN: Yeah, so when we last sat down in December, I had just left Thiel Macro, which brought me out from behind the compliance firewall and gave me the first opportunity to go out and talk. And as a lot of people have noticed, I've been much more visible since that point. I had begun talking in September of last year, I believe-- it was either August or September of last year-- where you saw me interview Wayne Himmelstein on Real Vision. And for me, that was actually part of the way that I had been using Real Vision up to that point. It was effectively your viewers actually got to see me conduct a due diligence questionnaire-- an interview of a manager that I was evaluating.

In short terms, most people know that I've actually joined Wayne at Logica, taken the position of chief strategist and portfolio manager. Wayne and I now sit on the investment committee. And that interview was actually really powerful for me for two reasons. One, what Wayne was doing in the quantitative space was very similar to what I was doing in the discretionary space. He was very focused in the equity markets. And as people know, I've had views on passive, in particular, and the impact that that has on the equity markets.

But as you also know, I am a discretionary macro manager and so over on FX positions, credit positions all simultaneously. In a lot of ways, those were proving to be a bit of a distraction from my central focus at that point. And so when I decided to leave Thiel and join Logica, we made a very intentional decision to focus on the equity space and to exploit what Wayne was capturing and what I was seeing. We were seeing it through slightly different lenses.

So at Logica, we run separate accounts, and we just actually launched our first fund that are focused on the equity markets exclusively. We trade only listed equities and options. And the focus is very straightforward-- to exploit the mispricing of options that is created by the growth of passive strategies. It's really that simple. And so people tend not to really think about how options are priced or what the assumptions that go into that. And as you know, my favorite phrase is to say either a convexity, which options provide, or to say assumptions and to understand the assumptions that people are making.

And so it creates this very interesting dynamic where a drift has emerged-- and we can actually demonstrate this-- that basically says all options are mispriced. All right, as you have a giant entity like a passive player grow in size and scale and become an increasing fraction of market activity, it creates distortions. And that's what we're exploiting.

RAOUL PAL: And how does that distortion play itself out? Because we've just gone through some extraordinary events now, so you've just been kind of real time living some of this. How does this all play out in more layman's terms for people to understand?

MIKE GREEN: Well, it exhibits itself in a couple of different ways, right? One is most people-- give me one second, I'm sorry. I'm just going to mute for one second while I cancel my automatic vacuum cleaner that just went on.

MIKE GREEN: OK. Alexa just turned it off for me. So the actual mechanics that you would expect to see there, we wrote about this to a certain extent in the piece that we put out on our website, www.logicoffunds.com, called Policy in a World of Pandemics-- Social Media and Passive Investing. And the dynamics of passive influence the market in two ways. One is there is a giant, systematic player that reinforces momentum.

Most people have focused on this idea in the context of the underperformance of value. And one of the things we do in that piece is we actually demonstrate the value has basically been underperforming since the end of the former French study that said value outperforms. Literally the outperformance of value ended almost the exact month that John Bogle introduced the first index vehicle. Now, I think that's coincidental to a certain extent, but there's definitely an influence component that's going on there. And it's become more powerful over time.

That creates a momentum positive feedback to the top side. And so we exploit that by purchasing call options that have a momentum bias that's not quite that simple, right? But it's effectively trying to capture the momentum components to the top side that are created by a borg-like creature that just buys. It just does it in really simple terms. To the downside, we're exploiting a second feature that has emerged-- and people have heard me talk about this-- the rise of correlation that is created by the growth of passive index investing.

And so there's two features that you should expect-- positive momentum pulse and an underlying increase-- here comes one of my dogs-- an underlying correlation increase that occurs when you have the market move down. And it happens in a much smaller space than people are generally used to. And so if you think back to the black swan, Nassim Taleb's well-known book and the phenomenon that we now refer to, effectively, he was arguing that the distribution in terms of outcomes was mispricing the tail. So the extreme events were improperly calibrated.

We actually think something very different is happening. Effectively, the shoulder is mispriced. And we see that. And that's by and large what actually played out this year. While it felt like this was an extreme tail event, it was literally the minute we punched through kind of the immediate support levels that were created by the positive gamma positioning of dealers, which in turn is created by another phenomenon that has become dominant that you've heard me talk about-- it's the systematic selling of volatility.

The minute we punched through those levels and dealers were suddenly forced to seek volatility, we just shot down. And that's part of the point of the stuff that I've been writing and trying to communicate to people. I actually am very hesitant to ascribe too much of an economic signal to what we've seen. Clearly, this is a catastrophic event. We've also had quite catastrophic impacts-- choices and policy decisions.

What we know is what we've seen in the markets. And I think people tend to interpret that as an economic signal because of the historic role of discounting. I don't think that's what happened. I think this is very much like a 1987. This is a market structure event. I think that's true in fixed income, I think it's true in equities.

RAOUL PAL: Yeah, I mean, it was a liquidity event essentially because of market structural issues. It was everywhere. We've seen it in foreign exchange markets-- the most liquid markets in the world completely shut down for a bit.

MIKE GREEN: Yeah, you and Brent Johnson have talked a lot about the scramble for dollars, and I think that's a very accurate description. And we saw this-- I was having a good conversation with Carl Meyer who runs Silver Rock, which used to be the investment arm of Michael Milken, Carl's brilliant credit investor. Carl and I were talking about this phenomenon.

I think that phenomenon absolutely played through, and it was very much like the Lehman-type event. I think that also speaks to kind of where we are in this process, though. I think you and I may differ a little bit in terms of how much this is going to actually follow through and how this is going to play out long term, because we already had this 1987-style event. And what we've seen is something that I had told people to expect. Active managers are the ones that got killed.

RAOUL PAL: Yeah-- which you've always been clear on that that will be the case. And you've, I think, made pretty clear that the passive flows didn't stop in all of this.

MIKE GREEN: They didn't. They didn't. And that's the other thing that people tend not to realize is as much as we've seen unemployment rise, particularly in the United States-- and we have less good data in the rest of the world, it's one of the challenges of, obviously, being a macro investor, is the US tends to be a focus because the data is just so good-- or tends to be so good-- it lags and it's harder to get with any real fidelity as you move around the world. And as you move from developed to developing markets, this obviously gets even worse.