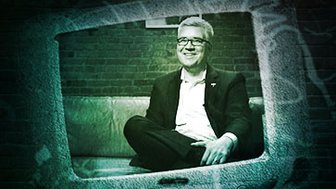 Denise Shull of the ReThink Group says overtrading is one of the worst mistakes to make as a trader. She then explains why conceptual goals are much more helpful than numerical performance targets.

DENISE SHULL: I'm Denise Shull, a performance coach for hedge fund managers, traders, professional athletes, and now some corporate warriors. I founded the ReThink Group. We think of it as a decision consultancy-- although, I think we're probably known for peak performance-- using neuroscience and modern psychoanalysis to help people really deliver their best performances in any realm, actually.

If we think about the worst mistake that a trader could make, it's usually overtrading. It's usually like, I made x amount of money. I gave some back. I just want to get to my high watermark. I'm just going to do these one or two more trades, whether it's for the day or the month or the year for that matter. And then, of course, those don't work that well, and then you lose a little bit more money.

I have seen so many people go into what amounts to a fistfight, like a bar brawl, and like, just don't. I mean, I realize-- I say just don't. But recognize that you have all this reaction to being off your high watermark, or having given money back, or having think the market cheated you, or a piece of news came out to screw you, or whatever, and do something else with that energy that makes you want the money back, other than trade. I don't care what it is.

I just can't tell you over the years how many clients-- I mean, I've seen spectacular days, months, years, turn into disasters because something set someone off and they did a gazillion trades. I've even seen portfolio managers do that. Like, all of sudden they're long term, and they normally have 40 positions and all of a sudden they're in 50. I mean, it's the portfolio manager version of the trader who just did 60 trades when they would normally do 5 in a week, or something.

That phenomenon of getting aggravated over whatever, and then acting out that aggravation is probably the single worst thing that happens to people. There is this tendency amongst traders and portfolio managers to do these goals. Like, I want to make x amount of money or x%. It's not the best way to do it, actually.

A really good way to do goals and objectives is to make the goal conceptual. Like, what are you trying to accomplish? And then within that goal, have some objectives. And those can be numerical. But having said that, any form of, I want to make x amount of money, whether it's per year, per month, per week, per day, tends to set you up from a decision point of view, particularly on a shorter term, particularly on a per day, per week. It's a terrible idea.

Because what happens is, you think you want to make x amount per day. What do you do? Like, you push to make that amount when the market is not giving it to you. And then what happens if you make it on a day where there's a lot of volatility? So it skews your perception of what the market is doing, and it's totally artificial. Right?

On some days the market is going to give you a lot of money, and on other days, it's not going to give you much money at all. So any version of this regular, I need to make this much this month-- I mean, the hedge funds it's a problem, because investors want to see this much every month, and this month every quarter.

I mean, this is something you've got to put some time and thought into. But were you able to avoid acting out the irrelevant emotions, but act on the intuitive feelings in concert with your analysis? If you focus on making good decisions and what you need to do to make better decisions, the money will take care of itself.