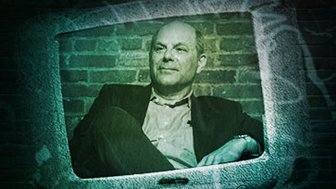 Rick Bensignor, founder of the Bensignor Group, believes that one…

Dave Keller, CMT, president of Sierra Alpha Research, believes that improving self-awareness around behavioral biases is key to improving decision making. In this episode, he examines the mistakes we make when evaluating stocks that we already own, and explains how we can fight back.

DAVE KELLER: Hi there, my name is Dave Keller. I'm the President and Chief Strategist at Sierra Alpha Research based in Cleveland, Ohio. So I help financial advisors and institutional investors to make better decisions. And do that in a couple different ways, help them maximize returns, manage risk, and bring more mindfulness and awareness to their investment process. I also enjoy incorporating non-financial topics into financial topics. So I'm a student pilot, I'm a musician. And so a lot of the best ideas I think you can bring as an investor are learning from other disciplines, learning from other activities. And I write a blog at marketmisbehavior.com.

So I'm often asked by investors, by institutional investors, what are the common behavioral biases, what are the biases that they should be most aware of? And I would say the most important starting point to incorporating behavioral finance in your process is awareness. Having awareness of your own imperfections and seeing where behavioral biases are affecting your decisions. And my first answer to most of those is endowment bias or endowment effect.

Well, Dan Off, who's a portfolio manager of Fidelity Investments who I worked with at times, he always said that we don't own stocks, we rent them. Now, by definition, you do own stocks- don't get me wrong, you are a shareholder. And there's a responsibility there, of course. But the point was more, don't treat your stocks as if you own them, don't think of them as your possessions that you have trouble getting rid of, you're renting that position, you are renting the right to participate there, which means you need to be equally ready to part ways when it's the right time to do it, if you need to move somewhere else.

What happens is we all of a sudden, will hold stocks in our portfolio much longer than we should. So a position will go against us. But we'll hold on to it too long because it's Home Depot and we've loved Home Depot, it's been such a good name for us, it's been such a good part of our good returns. So when it starts performing poorly, we still hold on to it longer than we should because we're owning it, we're not renting it. So you need to think of your positions as renting them.

So how do you try to disconnect your thinking from endowment bias, and there's three things I tend to coach people on. Number one is to disorient yourself from what you're looking at. And again, if you're looking at charts, which is a big part of my process, you cover up the ticker. And the reason why you do it, again, if you've looked at enough charts, and sadly, I think I have, you start to know just from the chart, you'll know what company it is, you'll know Microsoft and Amazon, the really liquid stuff, because you've looked at it so many years and you understand it.

But if you're less familiar, it's a very quick thing to you just cover up the tickers or using whatever charting platform you use, cover up that information so that you're just analyzing the trend. And if you can't cover up the ticker, just don't think of it as a company, think of it as a series of data. And you want to analyze it from a very emotionless point. So what's the trend? Where are the opportunities? Where the turning points? What's the exit strategy, if you would own it? And defining that based on the price movements, not based on the company that it is.

So by covering up the ticker, you remove that connection to the company, and a lot of times, that will minimize the endowment effect. Second way you can do it is by inverting the chart. Now, many people have said a stock goes up in the stairs and goes down in the elevator meaning stocks go up and down in different ways, because over time people accumulate positions. But when people panic, they tend to dump everything, they don't slowly scale out of a losing position.

So as a result, markets, stocks tend to move up and then they'll come down a lot more quickly than they go up. So inverting it won't look a hundred percent right if you're used to looking at charts, but the process of it, the idea of it is to disconnect yourself from the bias of the pattern and the trajectory of the stock and just look again at the data series on its own. And see, based on this new inverted price series, based on the toolkit I'm using, is this more likely to go up or down? And then using that as the decision factor instead of thinking, this is Home Depot, this is Cheesecake Factory, whatever the stock is, and then basing it on that.

So the third, and maybe the most valuable, is what I would call the new money exercise. So forget about the fact that you own the stock, say if you had new money right now, let's say you had a new client, you had X amount of dollars to put in, would you allocate it to the stock right now today? And a lot of times, what you'll find is it's a position that you hold. But if you would be asked, but would I put new money on it? You'll be like, well, no, I wouldn't put any money on it now. And it's like, well, hold on, if you wouldn't put new money on it, then why do you have your old money still there? Maybe you should revisit that.

So unless you can answer that question as, yes, I would put new money there, then you may want to rethink whether it has a place in your portfolio, and it goes back to situational awareness. If that's not the right stock to own. There are a lot of other stocks you could own at any one point. So maybe there are opportunities elsewhere.

So there are three things I think you can do to disconnect yourself from endowment bias, which I think is one of the more common ones. The first is to cover up the ticker, disconnect from the company. Think of it just as a stock price. The second is to invert the chart, which is to disconnect from the trends that you might be seeing otherwise. And the third thing is called the new money exercise, which is to consider if you had new money today, would you put it into that name? And if you do those three things with an existing position, you might come to a different conclusion than if you did it otherwise. And I think that's a really important process.