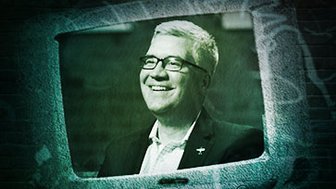 Rick Bensignor, founder of the Bensignor Group, believes that one of the main causes for difference of opinions between financial professionals is timeframe. In this episode, he explains why it is important to remember who you are listening to and what their timeframe is when comparing their outlook with your own. He also highlights an example of when timeframe caused his outlook to differ completely from that of his colleague Stephen Roach.

RICK BENSIGNOR: My name is Rick Bensignor. I'm CEO and founder of the Bensignor Group. This is a company that consults to institutional Wall Street portfolio managers. Also last year, started individual investor newsletter to help them get access to models that typically only institutions have. And I also do performance coaching for financial advisors on the Street.

Well, one of the best things I liked about working at Morgan Stanley in the strategy area was that this was a firm that believed and came from a thought process that if you had done your analysis, you could make the call the official call, but there were five of us and strategy and those calls didn't always match. Whereas many firms they want one call to come from the front, we are officially bullish the stock market.

Well, when I worked at Morgan Stanley, it wasn't like that. There are times we disagree. And the audience, whether it was our salesforce, or our clients, loved it. And Steve Roach and Byron used to go on the road all the time. And often, they were completely opposed to each other. And it was great showmanship- not intended to be, but everybody loved it.

So, I think it was back in 2005, Steve Roach had been looking for rates to go higher for quite some time, I think it was June. And he finally threw in the towel and said rates were going lower, and he was 10-Year. And he was ultimately correct, because rates went well down. But the same morning that Steve announced to the firm that rates were going lower, I was the next speaker on the desk presenting to the salesforce. And I said rates are going straight up from here.

So of course, the audience fell off their chairs laughing because you've got the chief economist saying rates are going down and you've got the chief market strategist going, rates are going up. And so, Steve and I were in complete disagreement. And here's the difference, economists are typically brilliant people who think in big terms and big picture stuff. But they're not generally saying that this is going to happen in the next two months, three months, or it could be a three- to five-year type, broader picture.

Whereas as a market strategist, I'm much more concerned with where's the next move coming that we can exploit and take advantage of. If I recall it correctly, it took 23 months for interest rates to ever come back down to that level that they were at that day. And eventually, they went lower. So Steve was ultimately correct. But it took almost two years, whereas for two years, rates have gone up.

So I'd say that was probably the biggest disagreement I had. And we were both right, but in totally different timeframes. For two years I was right, ultimately, he was correct. Most people on the Street have a lifespan of the current fiscal year of whatever their fiscal year is, if you're a hedge fund, whether you're December 1st to November 30th or a mutual fund with similar or January to December, you're living in a 12 month period, because that's what you're getting benchmark. That's what investors care about.

So, looking at three years, five years down the road is beyond what I even tend to think about because I'm looking at what's going to work now to make people money? So, different approach, not one's better or worse, just different.