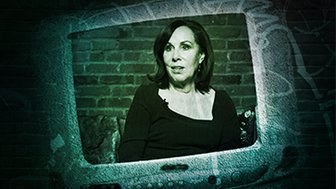 Denise Shull of The ReThink Group discusses why traders should…

Rick Bensignor, founder of the Bensignor Group explains the crucial role of cognitive dissonance when making decisions. He reviews its impact amongst fiduciaries, and discusses how it can lead to profitable opportunities in the markets.

My name is Rick Bensignor senor, I'm CEO and founder of the Bensignor Group. This is a company that consults to institutional Wall Street portfolio managers, also last year started an individual investor newsletter to help them get access to models that typically only institutions have. And I also do performance coaching for financial advisors on the street.

Cognitive dissonance is also something that's prevalent in the marketplace all the time. And let me just quickly explain what it is because it's not a term a lot of people know. Cognitive dissonance is essentially the internal battle that goes on inside your body, usually your brain, between doing what you want to do and think you should do versus doing what you think you should do based upon morals of right and wrong. And this is a constant battle that goes on in life all the time.

You know, you're often presented in situations where you say, you know, I'd love to do that, but really the right thing is to do this. And so you battle it out and then you choose one of the two. When it comes to the marketplace, think of this-- and 2019 is a perfect example-- the market's flying from January 2 straight on, right? We started essentially the day after Christmas flying.

There was a large percentage of long-only classic mutual funds that came into this year overweight, defensive names, and underweight cyclicals, because in the fourth quarter that was the way to be. And it looked like we were probably going to start off that way. Now, the last week of the year rally may have made some people go, hmm, maybe there's something changing here. But then we start off with a tear in January.

And if you look at now the momentum that has shifted between you look at health care, real estate staples, and utilities, kind of the four classic defensive sectors, they've been losing momentum. They're losing relative performance. And the cyclical names have actually picked up. So here you are, Mr. Or Mrs. PM, with the fiduciary responsibility to create the best return you can for your clients. And maybe you still think recession is coming and that this is an overreaction on the upside to the, let's say the gifts that Fed Chair Jay Powell has given us, two in January, that really has helped the market move higher. And that maybe the China deal isn't going to happen. And you're bearish and you kind of think the market's going to take another dive.

On the other side of that is I have a responsibility to clients, to make them money. And you know what, I've got two daughters have I've got to marry off in the next 10 years. I've got three kids in total I've got to put through college. I need this job. So I've also got to do what's going to save my rear end and make sure I have a job come next year. So I might have to make some decisions that may go against what I think I should do in the market. But it's the right thing to do because I have some other motives besides just being the fiduciary on this account for all my clients.

So this battle goes on all the time. And when you have a market tear away, whether up or down, immediately to start a year, you're always going to have people on the wrong side who didn't prepare for a move like that, right off the bat. And they've got this internal battle going on between, do I take care of my kids and kind of invest at a much higher price than I really want to but it'll probably save my rear end, it'll keep me in a job and at least by the first quarter, I'll show that I have certain exposure on in the market or do I kind of wait for what I think is right when it comes to a market perspective, and, you know, wait for a pull-off and stay defensive?

This is behavioral finance at its best in the marketplace. And again, I'm often looking to exploit and understand what's going on and take these concepts and figure out, in the marketplace, how do I take advantage of portfolio managers who are invested in the wrong sectors, at the wrong time? Where's the pain trade? Well, the pain trade right now is still straight up. If this year-- this year could end up being-- and I wrote this a couple weeks ago-- and I hope it's not.

But if this year turns out to be like 2017, a slow grind higher with low volatility, you're going to blow away, you're going to have a lot of unemployment come the end of this year from Wall Street. Because that was not on the table for-- 75% of people you asked would never have said that this year would be low volatility after what we just experienced and that with the S&P would just creep higher. And that's what we're doing right now.