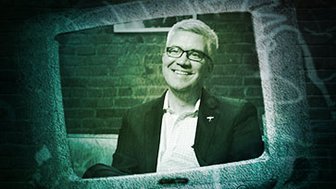 Rick Bensignor, founder of The Bensignor Group, has been using behavioral finance to understand his own decision making since before it had a name. In this episode, he highlights its recent acceptance into the mainstream and gives examples of how one of the main tenets - understanding your financial upbringing – can help professional investors manage the psychology of their clients, their competitors, and themselves.

RICK BENSIGNOR: My name is Rick Bensignor. I'm CEO and founder of the Bensignor Group. This is a company that consults to institutional Wall Street portfolio managers. Also, last year, started an individual investor newsletter to help them get access to models that typically only institutions have. And I also do performance coaching for financial advisors on the street.

Behavioral finance is one of the hottest topics on the streets and more and more major firms, tier one firms on the street are investing in behavioral finance. They're actually making small departments in this area, because they realized there is significance here. The interesting part to me is that- and this is really a growth of four Nobel Prize winners in the last- since 2000- and I can't remember, it's 2002 or 2003, Danny Kahneman and Amos Tversky won the Nobel Prize in behavioral sciences, the first people in behavioral economics. Then you had Daniel Schiller maybe- I don't know, six years ago, and Richard Taylor a couple years ago, University of Chicago win for behavioral sciences and economics.

So, people are realizing just how important the whole meaningfulness of psychology, especially as it relates to financial decision making is apropos to anybody who's in this business, whether you're a broker or financial advisor, whether you're a portfolio manager, whether you're a trader, whether you're an analyst, how you grew up, how you were taught about money, and what your relationship to money is as you developed into an adult, is a critical influencing factor in how you approach every financial decision you make. And so, people who know that this academic theory has been brought much more into the public limelight, people are realizing this and that, for instance, I do a lot of performance coaching to financial advisors, especially on behavioral finance, and how to incorporate it into their sales process, both for them to better understand their relationship to finance.

And then once they can do that, they're much better off being able to have the conversation with their clients and introduce certain subject matters that will elicit better responses from clients than the traditional sales methodology that a financial advisor would have done 10, 15, 20, 30 years ago. So, the conversation itself has actually changed for the better.

On the street, I've been using behavioral finance before it even had this fancy name. I realized back in the '80s that the psychology- and that a lot of this came from being in the pits, the guy I stood next to in the stock index pit printed money every day. It was unbelievable. Now, we stand shoulder to shoulder for several years. What is he looking at? What is he doing? I'm looking up at screens, at the prices, the bond market, anything that can get me a sense of do I really want to be more of a bidder or seller? How is it that this guy standing next to me, he wasn't smarter than me intellectually. But somehow there was something in him that was able to play this game better. And I am in complete assurance that it had to do with the psychology that he walks into the marketplace every day.

One thing was, if this guy lost early in the day, he refused to go home a loser. If I lost a couple thousand dollars early in the day, I'm like, I'm stopping, I don't want to lose anymore. It's a bad day and I'm out of sync to the market. So, part of it was his tenacity to say I refuse to go home a loser. And for several years, he didn't have a single losing day. That's psychology. That's a tenacity. That is a focus that has to do with the success he was able to build.

So, there is a process, there is this important level in really understanding yourself, your strengths, your weaknesses, what you're good at, what you're bad at, understanding them and acknowledging them. And sometimes, that doesn't come until you're an adult. But even in the markets, I knew, after being in the pit for so many years, I could sell strength. I could sell weakness. So, the market's going down, I'll help push it down. I buy weakness, but I always had trouble buying strength. I was always afraid that as the market's moving up, if I buy it, that's going to be the top. And it's an irrational fear.

And I traded in the '80s and '90s with the best bull markets there ever was. And yet I had the hardest time actually being long if I had to chase after the market. That stuff, you learn yourself and that knowing that helped me over time. So, the psychology portion of trading is huge. And the more Wall Street finally accepts that, the more they're willing to open their eyes that there are other ways than simply looking at discounted cash flow, EBITDA or anything else a fundamental analyst was looking at. Because half of all price moves in the market has nothing to do with fundamentals, has to do with everything but fundamentals.