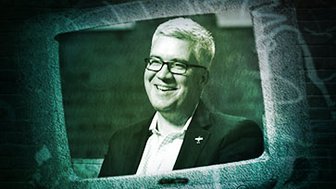 Denise Shull of the ReThink Group explains why bragging can be better than trading when dealing with overconfidence, and speaks to how planning out possible emotional reactions before a decision can help you deal with those emotions after pulling the trigger.

DENISE SHULL: I'm Denise Shull, a performance coach for hedge fund managers, traders, professional athletes, and now, some corporate warriors. I founded the ReThink Group. We think of it as a decision consultancy- although I think we're probably known for peak performance- using neuroscience and modern psychoanalysis to help people really deliver their best performances in any realm actually.

It's a great question to think about how traders or for that matter, portfolio managers deal with what really amounts to overconfidence from trades investments going well. And you get this feeling like, oh, gosh, I really do have it. And what it generally causes you to do is take more risk. Of course, then what happens is you take more risk and the result of taking more risk comes home to roost, meaning you give some money back, and then you're aggravated over giving some money back. So, the irony is just like with any other emotion, to put it into words, and own it, back when I was trading, I actually texted someone on a Fed day, because I was pretty good at the post Fed reaction. Like I'm a genius.

But I knew what I was doing, I was trying to expend that energy so that I wouldn't trade feeling like a genius. The guy didn't know what I was doing. It was like ragely egotistical. But the truth is, it's the same. The only way you can ever prevent acting out the emotion is to put the emotion into words. So, it doesn't matter whether it's a negative emotion, or whether it's a positive emotion, you got to be at least talking to yourself about how you're a genius so you don't just go acting like you can control the market.

The trick to performing better, the trick to making more money is to become more self-aware and to start to understand this data set of senses, feelings and emotions that's delivered through your body, physical knowledge. But that's not a data set that anyone's learned to work with in any organized way. A good place to start is make yourself spectrums, like a spectrum of confidence, which you might start with one being panicked or terrified or something like no confidence whatsoever. But if you go all the way to seven, seven should be something like overconfident or genius or- people find it really hard to believe.

And it's so counterintuitive in our popular culture today, that putting emotions into words, all of them, makes them less likely to be acted out. The better you get it being able to get the right word for your physical experience and your reaction to results, that more likely, you'll be able to get information out of that physical knowledge. And the less likely, you'll just act it out. And by the way, what will you have at the end of learning to do that, you will have more real skill.

A specific tactic that people could use when they're grappling with a decision particularly like getting out of a loser decision, but really any decision, is ask themselves how this will make them feel in the future. What you're trying to do is make it explicit that you're worried about getting out and giving up potential profits, or you're worried about getting out and locking in a loss. And if you make that explicit, then you're much more able to not act it out. It's the same thing, though, you got to get better at understanding how you feel in the moment to get better at predicting how you would feel. It's actually called an affective prediction.

And it's a great way to do less of the things you don't want to do in any realm of life like myself, back in the Chicago days I used to drink a lot. And now, this age is like, no, no, we are not having that third glass of wine because I'm going to feel lousy tomorrow. I didn't used to have that. It's the same thing in a market decision. If I add to this position here, like how am I going to feel tomorrow or next week? What you're doing is you're fighting the current impulses with a future vision, and that has the ability- much more than your intellect, to fight the unhelpful, emotionally driven behavior.

How will this make me feel in the future? How will it make me feel in the future if I get out of the position and it continues going? Like if you realize that you're going to be upset, that you've prevented yourself from making more money, then you're less likely to take that aggravation over being upset that you got out of the position too soon. What happens is people do that, they get out and that position keeps going, they're mad at themselves, they jump into some other trade because they just want to make that money. And that second trade is impulsive and unlikely to make money.