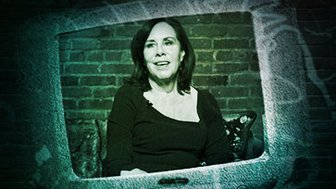 Dr. Gio Valiante, founder of Fearless Golf and head performance coach at Point72 Asset Management, coaches individuals at the highest levels of sports and finance. In the first episode of this special series, Dr. Valiante starts with the premise that no person is a perfect trader or golfer. He goes on to explain that the highest performing individuals succeed by recognizing and compensating for their weaknesses — providing examples of that dynamic, and using philosophical metaphors to emphasize the idea.

GIO VALIANTE: My name is Dr. Gio Valiante. I'm the head performance coach at Point72, former professor at Rollins College and head performance coach for many of the world's best golfers. I got my PhD at Emory University, became a professor at a place called Rollins College, where I started doing some research on the psychology of golfers, specifically professional golfers, wrote a book called Fearless Golf and a follow-up book called Golf Flow, and have worked with probably over 150 PGA Tour golfers in my life and helped generate upwards of 50 professional wins with those golfers.

Somewhere right around 2014 or 2015, I was giving a talk down in down in Miami, and in the audience happened to be a portfolio manager for Point72, who then subsequently flew up to Point72, apparently, and as the story goes, told Steve, hey, I heard a talk about psychology that's very relevant to what we do for a living. And they reached out to me, I flew up and gave a talk at Steve's House about the psychology of performance writ large, particularly in what we call achievement domains. And achievement domains are defined as anything with a measurable score.

So sales has a scoreboard for salespeople. Education, you have your test scores or your grades. Sports has a scoreboard and so does the hedge funds in terms of P&L. And it's interesting, the psychology of these achievement domains. There's a lot of parallels between these types of achievement domains. So as I was talking about how I approach performance with athletes in golf and the few executives and investors that I was working with, Point72 really liked it, very quickly offered me a consulting opportunity to work with some of their investors, which rolled into a job offer. And here I am five years later.

And so people often ask me, what are the parallels between golf and investing in the hedge fund world? And one of the things you come to realize is, is there's no such thing as a perfect golfer. No one's born to play golf, and the brain hasn't evolved to be a professional golfer. And there's no such thing as really a perfect investor. And so what you come to realize is everyone is a cluster of compensations. And so, if you look at the history of golf, for example, Jack Nicklaus, arguably, the best ever wasn't a good chipper, had a bad short game. Tiger Woods is not a particularly good driver of the golf ball.

And so what the best in the world do is they're able to identify their weaknesses and compensate accordingly so that the flaws don't become what we call fatal flaws. And the same is true of investors. You have some people who are more natural investors. I have a portfolio manager that I work with who started trading stocks when he was 12 years old. It's very natural. Like Rory McIlroy in golf. I call him the Rory McIlroy of investing. He's just such a natural talent.

So what you come to realize is everybody has flaws, and the really great ones are able to understand their flaws, compensate effectively for them so that those flaws do not become fatal flaws. So when you talk about the expensive flaws for traders, you have to think of it in terms of what nowadays they call cognitive biases but Freud called defense mechanisms, which is arguably a better model for understanding why investors make the mistakes that they make. From a psychological perspective, I think it was Abraham Maslow who said this, he said man is an ever wanting creature. And what he meant by that is human beings, we always want more.

Think of it in terms of food. You have a wonderful meal, you have a dessert, you're like, man, I'm stuffed, I couldn't eat another bite and fast forward a half hour, you're like boy, I'm hungry again. So this desire, this want is just built into the human condition. And in fact, if you look at some of the major philosophical schools of thought and religions, that's what they're trying to solve for in the human condition.

So what does Catholicism do with want? Well, punishes it with guilt. They'd say listen want is dangerous. The story the Garden of Eden, if you want too much, eternal damnation. So Catholicism tries to deal with this ever present human want with guilt and suppression, Buddhism and Hinduism takes this want that all humans have and says want is the cause of suffering so let's remove it. The key to enlightenment is to want nothing. Sell all your earthly possessions, go to the top of a mountain, and detach from this want. Hedonism says, well, listen, if you have an itch, scratch it like hedonism is satiate the want.

So it becomes a bias, this desire to make money is often a trap that investors impose their needs, or their wants on the market. And the market being such an efficient machine punishes things like that. I often think of the market, the metaphor I use is that of a soccer ball. So if you take a soccer ball, and you put a pin hole in it and you hold it under the water, you're going to see where that hole is, where the inefficiency, where the flaw is, bubbles will come out.