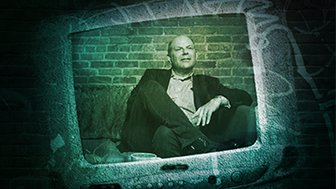 Rick Bensignor, founder of The Bensignor Group, says one of…

Denise Shull of the ReThink Group notes the attraction that many traders have to the game of poker. In this episode, she digs into the similarities and more importantly, the differences, between playing card games and trading financial markets.

DENISE SHULL: I'm Denise Shull, a performance coach for hedge fund managers, traders, professional athletes, and now, some corporate warriors. I founded the ReThink Group, we think of it as a decision consultancy, although I think we're probably known for peak performance, using neuroscience and modern psychoanalysis to help people really deliver their best performances in any realm actually.

Poker and portfolio managers generally go hand in hand. Not all portfolio managers play poker, but a lot of them and a lot of traders play poker too. There's a certain appeal to it, I think, because it's like the markets. And it is, in many ways, a good analogy. The markets are a global poker game, really. You have all these participants who are looking at these numbers, making bets on their relative value, just like the poker table- making bets on the relative value. And in poker, you sort of win not with the cards, but by betting against other people's bets, right? It's really about figuring out who's bluffing and who's not.

So, that's also true in markets, not that anyone's bluffing. But that you win in markets, like the neuroscience shows that those who are best at predicting price action are predicting the people. Our brains are very social, the market is effectively social, the value of any given thing at any given moment is just a collective social perception, right? There's not some, like, be all end all truth over here that says this is worth that, because tomorrow, it's worth something different. So, you're always betting against what other people are thinking, which is really the way you win in poker. So, that's why there's a good parallel.

The thing about that markets, though, is like the cards change. At least in poker, the cards do mean what they mean. They don't in the markets, like the relationship between bonds and the dollar, or the gold and oil, or whatever is going to change. Now, the relationship between aces and the kings isn't changing. So, the markets are actually harder than poker, but the process of practicing thinking about, like, what cards do these people have? And how are they betting? Like that process is good practice for market decision making.

The main difference, also, like the poker game ends, the market doesn't end, which also makes the market harder. But at least you know like when the hand is over, and who's got what money, which makes it a little more satisfying than the market. The whole never ending thing and you can't make anything happen is part of what makes markets so hard.

You got to know what game you're playing. And the game of markets is unlike any other game. It's not exactly like poker. Poker is the closest, but it's not a sport. The game never ends. If the ball goes backwards, you don't know if it's a good or bad thing. There's a clock, there is no clock in the markets. So, realizing that you are in this never-ending game that's going to give you constant information that's in conflict with the previous information, that the current information only means something in context of the previous information. Like it's way too easy to use sports analogies.

The worst is in sports, you can make something happen like the point is to make something happen. There are very few people or institutions in the world who can make anything happen. But yet we tend to invoke these make-it-happen sports power analogies, which tend to just lose you money. So, by recognizing how fluid and uncertain the game is and how the fact that it never ends keeps you playing, right, keeps you hoping, get a good grip on the parameters of the market as a game and how it's different than anything else.