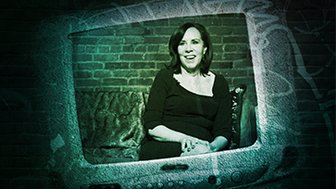 The Importance of Sleep

Denise Shull of The ReThink Group discusses why traders should “stick to their positions” within the game of investing. Although there are countless ways to make money in the market, Denise argues that the best risk/reward setups come from trading the assets that you already know.

DENISE SHULL: I'm Denise Shull, a performance coach for hedge fund managers, traders, professional athletes, and now some corporate warriors. I founded the Rethink Group. We think of it as a decision consultancy, although I think we're probably known for peak performance using neuroscience and modern psychoanalysis to help people really deliver their best performances in any realm, actually.

It's really important that people, whether you're investing or trading, really do know what your strategy is-- why it's your strategy. It's like knowing what position you're playing on a football team, or what position you're playing on a basketball team. You can't-- well, even amateur sports you can't just go changing positions. You know. Your friends are going to get mad at you. But obviously professional sports, you've got your tasks.

It's so easy in the crazy uncertainty of the market, where you don't really know, to kind of get swayed to change positions, meaning start using another strategy than is the one that you believe in and you're committed to. Even if it's a brilliant idea, you can't execute it, because you don't have the belief in it, you don't have the confidence in it.

So, like, I have a hedge fund manager who's got a terrible tendency to take ideas from his friends. They may be good ideas, but it's not going to work because when the price action is not doing quite what you think it's going to do, it's not the position you're used to playing and you don't really know what to do. Because in the market environment, you just don't have the conviction.

Resist the temptation to do the thing the person next to you is doing or the people at the conference you talked to are doing. Because you don't know how to execute in their position. How you stick with it, by the way, is-- admit to yourself that you want to play their position.

Admit to yourself that you want to do it the other way as a way of like, externalizing that and then your intelligence kicking in and saying, OK, I would really like to take that trade or, you know, I'd really like to get long gold when I've never had a gold position in my life. Like, once you externalize it you can look at it a little bit more and see that the risk is probably not worth the reward.