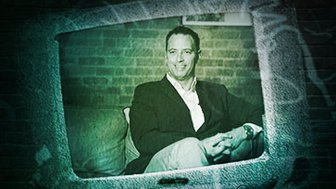 Dr. Gio Valiante, head performance coach at Point72 Asset Management, believes that confidence is one of the most important factors for success. But that doesn't mean that all types of confidence are helpful. In this episode, Valiante explains the difference between confidence from arrogance and confidence from process, and provides an anecdote demonstrating how the right type of confidence can pay off at the highest levels of competition.

Here's a story of a golfer I had worked with. He'd been on the PGA Tour for about 6 or 7 years and he had never won. He was all for 200 in terms of winning, though, he was really good and he had the lead a lot. He just didn't know how to win, didn't know how to close the deal. He reached out to me and asked if I'd help him.

Running parallel with this record of never winning was the fact that he was statistically speaking, the most accurate ball striker on the PGA Tour. He was actually great at golf, great at hitting the ball close to where he wanted it to go, but he couldn't win and didn't know why. What we uncovered is that when he would get in contention or close to the lead,

What I'd said to him was, listen, he would start to press another, so he would start to take more risk thinking, in order to win, I have to play perfect golf, I have to play better. He would invite more risk, and then get punished, and then fall out of the lead. statistically speaking, you're the best ball striker on tour. When you're near the lead, do the exact opposite of what your instincts are telling you to do. In other words, take less risk. Wear people out with the accuracy of your ball striking and let them keep up with you, rather than you trying to keep up with them. In other words, don't press, make them press.

He went into the Sunday round of golf, two or three shots off the lead, and again, rather than taking risk in a risky line and trying to hit close to the pin, where if you miss it, you're in a bunker, a sand trap or whatever, he would hit it to the middle of the fairway, the middle part of the green. Take bogey and take risk out of play, and all of a sudden, the leaders who weren't great winners either started taking more risk and they fell back and I think he won by five or six shots.

The lesson being the lack of performance had nothing to do with the skills or the ability. It was the lack of confidence which led to higher risk taking, which led to disproportionate puncher in him playing back. This is a story of someone being underconfident in the skills they have so thinking they have to compensate through taking more risk and then when we took risk off the table, let the skills flourish, he performed better.

If you can develop true authentic confidence in your skills and your ability, that leads to patience, where you're humble in the face of the market, but confident in your process. You're able to withstand those mistakes better and not compound mistakes with more bad decision making and therein lies the beauty of the modern day analytics and in the profile so you can create quantification and so forth. In other words, on the PGA Tour and in the hedge fund world, we keep pretty good data around individuals.

For example, a golfer will say to me, boy, I'm really confident in my short game. I could say, well, the data shows that you're not really that good, this is a weak part of your game. In golf, we say feel isn't real. You can feel a particular way, but it's got to be supported by what the numbers say. I feel like I'm a great driver of the golf ball. Well, you're ranked 150th on the PGA Tour, so that's really not a strength. Let's get to work on it. Again, it goes it goes back to the confidence that comes from humility, being humble enough to say, okay, well, if the numbers are telling that story, and if my team is telling me that story, I'm going to have to trust the numbers and/or trust my teammates, and take a look and try to correct these weaknesses.

It happens with with traders. They're over trading or not getting out of positions fast enough, even though they feel, feel isn't real, they feel a particular way when the data tells a different story. You have to take a long, hard look at what you're doing, but more importantly, why you're doing what you're doing. Superficial changes are unsustainable, but if you get the root cause of why people are behaving in a way that they're behaving, that's how you affect real and long lasting change.