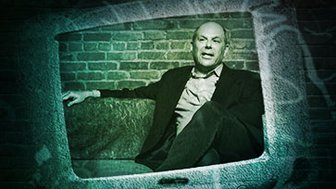 Rick Bensignor, founder of The Bensignor Group, has been using…

Dave Keller, CMT, president of Sierra Alpha Research, uses the lessons he’s learned as an amateur pilot to help improve his trading processes. Keller draws parallels between the importance of trusting your instruments while flying and trusting your indicators while trading. He also makes the case that it is important to update your trading “instruments” as the market evolves.

DAVE KELLER: Hi there, my name is Dave Keller. I'm the president and chief strategist at Sierra Alpha Research based in Cleveland, Ohio. So, I help financial advisors and institutional investors to make better decisions. And do that in a couple different ways, help them maximize returns, manage risk, and bring more mindfulness and awareness to their investment process. I also enjoy incorporating non-financial topics into financial topics. So, I'm a student pilot, I'm a musician. And so, a lot of the best ideas I think you can bring as an investor are learning from other disciplines learning from other activities. And I write a blog at marketmisbehavior.com.

So, it's funny, Tom Dorsey who's a mentor of mine, a friend. He started Dorsey Wright years ago, he's a pioneer in point and figure analysis, has done some exceptional work with that. He shared a story about when he was a test pilot in the military and he was flying an airplane, southern part of the United States, and basically got disoriented. And that happens a lot as a pilot, you're trained to figure out where you are geographically, and you have to understand where your position relative to everything else. But it's very easy to lose place of where you're at, because you're focusing on a bunch of other things.

So, he was basically and it's so funny the way he described it, he was looking for the ocean. So, he'd be able to reorient himself, okay, I know, that's west. And now, I need to do this. So, what happens is, he's looking around, and he'd made a bunch of turns and everything, and all of a sudden, he sees this body of water, and he's like, well, that's got to be the ocean, that's strange, I wouldn't have thought it's over there. But that's fine. I should be able to turn left, the airport should be right there.

And he was getting low on fuel, which 90-some percent of airplane accidents are running out of fuel before you get back to the airport. That's not the situation you want to be in. So, he starts looking around, and of course, makes the turn and there's no airport. And it's a bunch of fields. And he's thinking, okay, this is bad. So, in the end, he just has to put the plane down in the middle of the field, he had somehow flown over the border, and ended up landing in the middle of nowhere in Mexico.

So, the lesson to that story is number one, it's to trust your instruments, and you have tools in front of you. And at some point between when he was in a good place with his flight plan and when he was in the wrong place, he forgot to pay attention to his instruments, or he saw something and then didn't believe what he saw. And that was the biggest problem that he had. He could have seen where he was using the instruments, but he saw a body of water and then said, no, the instruments are wrong, that's where I need to be.

So, as investors, it's so funny. We have that same situation where our instruments, our model, or our inputs, our investment approach is telling us one set of decisions we should make, but we convince ourselves to do otherwise. And more often than not, that's because of behavioral biases. So, something like confirmation bias is probably one of the more common where you decide you're bullish, I see the market move up, or recently here, the S&P 500 has dropped very quickly, that happens, okay, I'm bearish. And then, instead of paying attention to your instruments, which might not be quite too bearish, you just pay attention to the news headline, or the movement or your portfolio losing a lot of value very quickly. And obviously, you've gotten away from the discipline of your process.

So, the most important thing we can do as investors is to trust our instruments, that means our instruments have to be pretty good to start with. So, you have to make sure you're very thoughtful about what inputs you're using, and how you're paying attention, how you're structuring your process. But then we have to actually follow through with what we're seeing.

So, when do we need to change our instruments? When do we need to upgrade our instrument panel? This is actually a very, very good question. And I would say as pilots, it's funny. I've learned how to fly so far using very traditional- using stick and rudder flying and using the dial. So, this is the old school way to measure altitude and speed and all of that. But there are way better avionics nowadays. You can use GPS, and you can moderate avionic traction really, really powerful. Even in a relatively inexpensive airplane, you can have really good tools to help you understand where you're at.

And what's happened is pilots over time have learned to integrate those tools into the process. So, at some point, if you've learned the traditional way of flying, looking at these dials, but there's something better out there, there's a new tool that's going to help you better understand where you're at or anticipate a change that needs to happen, you have to have a time to review that. So, it's funny, as pilots, every year or two, you have to go up for a check ride where you have to reestablish your expertise flying an airplane in between those points. That's a time to try and upgrade your process if you if you can.

And working with my clients, we talked about that same idea, with some regularity. Usually, for advisors, it's about once a year, maybe at the end of the year. Hopefully, you have a week where you can look back, see where you're at, look forward and just assess where your practice is. That's a really good time to look at your dashboard, look at your toolkit. And the problem I find a lot of people do is they just try to change their process in the middle of things. And you don't want to do that.

You need to have a dashboard and then follow that for a while and gather data about how it's working and when it's not working. And when you have issues with it, or when you have a new input that might be good, you put it on a list over here. And then when you go through regular review process at the end of the year or the end of quarter, that's when you've earned the right to look at that list and see if there's something that deserves to be included. But that regular review process is really, really important to make sure we have the best tools in front of us at any point.