Society’s Disenfranchisement and the Connection Between the Law, Money, and Corporatism 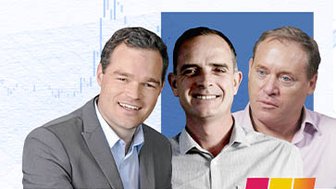 In the fight against COVID-19, lockdowns have become a major…

The SPAC Boom Apex, Market Memes, and the Biggest Opportunities in Tech

The SPAC Boom Apex, Market Memes, and the Biggest Opportunities in Tech

TAMSanity and the Golden Age of Fraud

TAMSanity and the Golden Age of Fraud

Putting Passive Flows to Work in a Portfolio

Putting Passive Flows to Work in a Portfolio

The US-China Global Dominance Debate and Our C.Y.A. Society

The US-China Global Dominance Debate and Our C.Y.A. Society

Society’s Disenfranchisement and the Connection Between the Law, Money, and Corporatism

How you feel about gold, bitcoin, the Fed, or MMT probably has to do with how you answer the question, “What is Money?” In this interview with Mike Green of Logica Capital, Rohan Grey, assistant professor of law at Willamette University, argues that money is a construct of the law and as such is rooted in the social contract. In addition to discussing the importance of understanding this dynamic and its implications for crypto, MMT, and the banking system, Green and Grey explore the role of the law in society more broadly. Together they discuss the never ending dynamic between disruption and regulation, the rise of corporatism and the disenfranchisement felt by citizens who no longer feel able to affect change through the law, and the importance of civil discourse when discussing societies biggest problems. Filmed on January 13, 2021.
Key Learnings: Grey and Green highlight that the “opt out” ideology of hard money enthusiasts is driven by a correct assessment that the system is broken, but that their prescribed solutions will only exacerbate the problem and fail to solve the bigger issue of the disenfranchisement of an overwhelming majority of the populace.