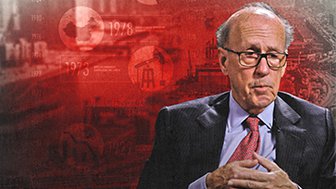 How do you handle client relationships during a financial crisis? David Hay, CIO of Evergreen Capital, talks with Real Vision's Grant Williams about managing money and clients through the 2008-2009 collapse. He discusses the challenges he had in managing clients' emotions, despite his perceptive call that recession was coming. This video is excerpted from a piece published on Real Vision on November 16, 2018.

DAVID HAY: By '08, the end of '08, early '09, it was terror like I've never seen. You could not reason with people. They were losing so much money so fast. I remember one client saying, if I keep losing at this rate-- this is like the January of '09-- I'll be out of money by the end of the year exactly. I mean, people that normally would be buyers in a weak market, they were like, I just want to stop the bleeding. This is about survival.

GRANT WILLIAMS: Seeking to understand what's happening beneath the market's surface is the very essence of active management. It's what separates the professional manager from the retail investor, and it's the answer to the question, why do I pay fees when I can invest in passive instruments and save myself a few basis points? Never is that more vital than a key market inflection point, which of course is precisely when the maximum number of retail investors need experienced counsel more than ever. But when they are least receptive to the message.

I want to take you back to '08, and let's talk about that relationship and those conversations you had. For you, I know from '06 onwards, I know the conversations you were having. From your side, I'm interested to hear how those words of caution were received. And then coming into '08, how the dynamic between you and customers changed.

DAVID HAY: So let's say-- summer of '07, I actually wrote a newsletter saying I thought there would be a recession and of '08. Lot of pushback. A lot of, like, oh, you're way too alarmist. And our thing was derivatives and leverage. Housing that had just looked very precarious. And as it turned out, we were not negative enough.

DAVID HAY: But people were not really receptive to hearing even our message back in '07. By '08, the end of '08, early '09, it was terror like I've never seen. You could not reason with people. They were losing so much money so fast. I remember one client saying, if I keep losing at this rate-- this is like, January of '09-- I'll be out of money by the end of the year Exactly.

I mean, people that normally would be buyers in a weak market, they were like, I just want to stop the bleeding. This is about survival.

DAVID HAY: So what saved us was for the people who listened to it-- and most of them would-- so what are you going to do? You're going to sell your stocks at a terribly low time. And you're going to go to cash, which pays nothing. I mean, do you really think Comcast is going out of business? No, I don't think. Why don't we buy the Comcast preferred that's down 40% yielding 13%? You can get 13% as long as they stay in business.

So that was the conversation that we had. It was like, if those companies fail, it's not going no matter where your money is.

GRANT WILLIAMS: Right. But again, this comes back to your first point about communication, and having those conversations with people. At a time where it's tough to get them to stop for a second, and listen to a lengthy explanation, they just won't. It's like celebrating and then we'll have the conversation.

GRANT WILLIAMS: So how do you go about kind of shaking them by the shoulder and saying, look, just listen to me for a second.

DAVID HAY: Well, there are people that won't. I mean, I've seen that so many times. The look in the eyes, it's just like sheer terror. And when people are in a sheer terror mode, you really have no hope.

DAVID HAY: Most people don't get quite that bad. Most people are actually looking for guidance at a time like that. So if you can present a credible case, and say, this is a way that you can reduce your risk, because you're going from stocks to something less risky, but still have huge returns, huge cash flow, and great recovery potential. There are bonds-- like Nordstrom's bonds or a local retailer-- that over a year or less went up 75% in value. And we said those bonds will go back to par. And so it helps to have something like that, something that's really tangible.

DAVID HAY: I mean, I think our business is very intangible. If you can give people something, especially during times of adversity, that they can really relate to, that helps a lot.

GRANT WILLIAMS: Well, let's talk, because this is a perfect time to do this, because those conversations you have to have in the heat of the white hot furnace, right? When things are falling apart. And here we are now with seemingly everything is Jake. Everything's great. To your point, profit margins are great, yes, we're extended valuations.

But talk a little bit for the people watching this who are investors with money managers, what conversations should they be having. How should they be looking at this? And how should they be thinking or at least beginning to make preparations for something we know is inevitable at some point. The degree of it is debatable. And the timing is completely unknown. But if you could talk to customers now in the calm, what advice would you give them about how to prepare yourself mentally?

DAVID HAY: I would say, look at your age, because people forget that they're-- usually, when they set their investment objectives, it was 10, 15 years ago. And they don't change. And then as prices go up, they don't typically rebalance. So they really should have a lot less equities than they do currently. But that's something that just doesn't get reviewed like it should. It's always tough when the market's rolling to get people to say, you need to take money off the table.

I'll give you a tangible example. I have a good friend. She's getting divorced. She's getting a sum of money that's basically all the money she's ever going to have. And she said, well, I'm going to meet with my advisors. What should I-- find out, first of all, what's your equity allocation. Well, it turns out it's basically 90%. And she's in her 60s.

And I said, well, that's way too much. She goes, yes, you know, they've admitted that. But it's a very major tax hit to get me down. She said, where should I be? And I said, probably around 30%, given the market conditions. Maybe 40% normally. But you know, the tax hit.

So this is where it also gets to be kind of insidious. In other countries, you don't have to deal with that. But in this country, it's very expensive to take capital gains. So people kind of get locked into it. And it's just the opposite. When people are fearful, that's tough. When people are greedy, that's tough. And lately, there's been a lot more greed than fear.