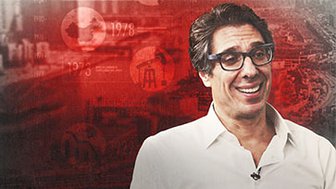 Milton Berg, CIO of Milton Berg Advisors, tells Grant Williams how his investment process — which focuses on psychology and technical analysis — allowed him to brace for the 1987 market crash. This clip is excerpted from a video published on Real Vision on July 10, 2019 entitled "The Turning Point Master."

GRANT WILLIAMS: Let's just jump back in time to '87 because that was a call you famously got right to the day. It's extraordinary, reading the story of your work around '87. Take us back there and talk about in the days leading up to that. And perhaps the month before September, what did you see, and how did you go about making use of that?

MILTON BERG: Well, we saw a spike in volume on August 11 of 1987, a big spike in the five-day volume that we look at. The market actually peaked a couple of weeks later, less than 2% above that level. That was the first indication that something was going to change. And the logic of it is that if people are- why would the volume increase after the market's up 30% of the previous 12 months? Why all of a sudden are people jumping in and volume increasing? There's got to be a reason for it.

And the reason is because people are now comfortable about the market, and they're speculating. If the market went up 30% for the last 12 months, let it go up 30% for the next 12 months. So the volume is not just an indicator which is suggesting a turn of the market. It's telling you something. It's telling you that something in the nation's market has changed. There are more speculative dollars coming into this market. That took place on August 11th, 1987.

I wrote many reports saying the top is not yet in. September 4, '87, the Fed raised rates for the first time, and that was all that was lacking from indicators that I look at. Again, to my opinion, raising rates is a technical indicator. They raised rates one-quarter of a point, and that caused the crash. It's not as if that one-quarter point had a fundamental effect on the economy.

A present corporation borrowing money. It had no effect at all on the economy at all. It had some effect possibly on psychology. Wherever it was, that combined with other things we saw in '87 suggested that the market was very vulnerable. Of course, valuations were the highest in history.

MILTON BERG: I'm laughing when you say so far. We have indicators going back to the 1900s. I've tracked 30,000 indicators on a daily basis. '87 is modern history, as far as I'm concerned.

Benjamin Graham never said that. And it's very illogical to say that. Let me give you an example. At the 2000 top, there are many, many long term companies not involved in the internet that were very, very undervalued. Now, if stocks are fairly valued over the long term because the market's a weighing machine, why would a stock ever be undervalued if a stock has a 30-year history of earnings? It's long term. If, in the long term, markets are a weighing machine, let General Motors always be weighed, let General Electric always be weighed. It doesn't work that way.

So no matter what you're going to say about fundamental analysis, the actuality is that the given change of a price of a stock is based on voting, based on a buyer willing to buy at a certain price, and a seller willing to sell at a certain price. So this is very important. Once you realize that the stock market is a voting machine rather than a selling machine, you also realize that most turns in the market- nearly I'd say all turns on the market- are sentiment based and psychologically based, rather than fundamentally based.

If the Federal Reserve makes an announcement- we're going to raise rates by 400 basis points- and the market's definitely going to collapse if they ever raise rates- basis points. It's not because of any effect fundamentally on the economy at all at that time. Because it takes time. If they say they're going to raise rates in six months, the market will collapse today. There was no fundamental change in any company at all. It's just that psychologically, people understood that in the future, it'd be very poor, and it'll sell now. It's a vote.

And someone might argue, oh, there had been so much inflation when Volcker raised rates. In fact, the markets went up. And he made rates far more than 400 basis points. But he didn't do it overnight. But the reality was his raising rates cut inflation, gave greater value to stocks, and psychologically, the vote was going to do better in the future. We're going to buy the stock.