The First Down Year 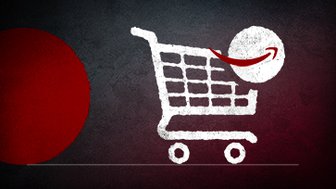 Scott Galloway describes his public prediction that Amazon would acquire…

The First Down Year

Leon G. Cooperman, chairman and CEO of Omega Advisors, sits down with Real Vision's Grant Williams to discuss his firm’s first down year. In 1994, his firm did not take profits, giving back all of their performance from the previous year. Cooperman tells the story of his imperfect timing and the way in which he bounced back. This video is excerpted from a piece published on Real Vision on December 14, 2018.

GRANT WILLIAMS: So '08 to you-- because you were an experienced investor. You had 20 years in the markets.

LEON COOPERMAN: I had the shit kicked out of me. Excuse my French.

LEON COOPERMAN: I pay college tuition for 500 kids in Essex County, New Jersey. And I meet with the kids periodically. And I tell them throughout life, you can have setbacks. But the way to determine success is how you handle the setbacks. So you know, when you're down, you figure out the source of your problems, what mistakes you made. Circle the wagons, and put your nose to the grindstone, and work hard, you know?

You don't make the kind of money we make in the business without making sacrifices, without taking risks, without working hard. You know, there's too much efficiency in the economic system. It doesn't happen by accident. Even to this day, I spend half my time up in New York-- less than half my time tax wise-- more than half time in this home you're sitting with now here in Boca Raton. You know, basically, when I'm New York, I put the lights on, and I shut the lights off. And I'm 75, and I'm financially satiated.

It's a certain style you develop. See, when I came to Wall Street originally, I worked hard out of necessity. As I mentioned before, I had a six-month-old kid, now 52. Had no money in the bank. Had to provide for my family. And you develop certain habits of work and certain styles. And it's hard to change those habits.

GRANT WILLIAMS: Well, let's go back to that first step, first down year. Because I'm interested in how you handled it, how you isolated the problems, and what you did to fix it.

LEON COOPERMAN: That was an easy one. We got caught-- I'm the so-called expert in equities. And when I explain to people when they have money with Omega, they're relying not only on my own investment judgment, but my ability to incentivize and bring people in to broaden my scope of activity. And we got really hurt big time in non-dollar bonds. Which was not my area of expertise, but had a man who did a great job in 1993, and forgot to sell everything in 1994. We gave a lot of it back. Not all of it, but most of it back.

And so you know, we changed some staffing. And we got the portfolio more properly positioned. Made a big comeback in 1995, et cetera. There's no magic to it. You've got to figure out what's going on in the world and get yourself properly positioned.

GRANT WILLIAMS: It's interesting, because it's that bouncing back that I guess exemplifies--

LEON COOPERMAN: Well, the market is mean reverting. Recessions, bear markets, there's certain historical recurring patterns. Typical bear market happens every four or five years. We haven't had one now for nine or 10 years. But they happen every four or five years. And a bear market is more stocks go down, they go up, they go down for about a year. They go down about 25%. And they're discounting a typical recession, whereas a contraction of real GDP about 1% peak to trough.

'08 was much more severe than average. That was a 54% bear market. But interesting, real GDP contracted by over 2%. So we had a contraction GDP twice the average we had a bear market twice the average. So there's a linkage. And what's kept me going and made me successful is I believe every recession sows the seeds to the next economic recovery, and every recovery sows the seeds to the next recession.

And I've learned a lot. And you learn something sounds too good to be true, you know it's not true. When everybody is loading the same stock, be careful, because it's not going to work. You develop certain guideposts along the way.

GRANT WILLIAMS: But you also have to keep your investors. Because a lot of people when you see something like--

LEON COOPERMAN: We've lost some investors. We picked up investors. I've actually knocked out investors. One fellow-- I won't give you his name-- came in and then he started calling me every second day for performance numbers. I explained to him, you know, I'm a long term investor. I'm not looking to manage money day by day. And if this is what you're looking for, I would appreciate-- here's your money back, and invest somewhere else.

You know, you want to state your value proposition to the investor. And if they accept your value proposition, that's good. But if they have different goals, then they should not invest with you. So when I started out the firm in 1992-- technically, we took money in January one of '92, I started up December 1 of '91-- our first exhibit in our pitch book was what our goals were. Beat the S&P, no down years, 12% returns, less volatility in the market.

Said that would make me happy. And every time I made a presentation, this is what make me happy. If this does not make you happy, then don't invest with me, because we're doomed to have a failed relationship. But if this is for you, you won't find anybody who is going to work harder for you with a greater degree of integrity. And we have self alignment.

Today, over half the money we're managing at Omega is general partner capital. So we have a total alignment of our interests, which I love.

LEON COOPERMAN: You know, I looked through the eyes of the investor. And that's kind of how I learned at Goldman Sachs. When I was there-- people argue now with the firm differently, I don't know enough to say that's the case. But we were very, very client oriented. The client was King.

GRANT WILLIAMS: So '08 to you-- because you were an experienced investment. You had 20 years in the markets. You'd been through--

LEON COOPERMAN: I had the shit kicked out of me. Excuse my French.

GRANT WILLIAMS: Right. But what did that look like to you? How did you maintain your focus and a discipline through that? Because your performance in '09--

LEON COOPERMAN: Well, I a responsibility. I had a responsibility. I had people's capital, had to figure out what to do. I missed the significance of Lehman's insolvency. We were up two weeks before Lehman went, and we were very slow in reacting to Lehman debacle, as was the government, by the way. They didn't fully appreciate it. But you don't blame anybody but yourself. And I was slow in adjusting.

But we made an adjustment, like I said a moment ago. You know, the recession sow the seeds of the recovery. We hung on. We bet that the combination of fiscal monetary forces would resuscitate the economy and the market, and that judgment turned out to be correct.

And this whole bull market has been based upon very easy money and accomadative monetary policy. And up until recently, very mild economic recoveries. Kind of picked up steam lately, but by and large, it worked the way it normally works.