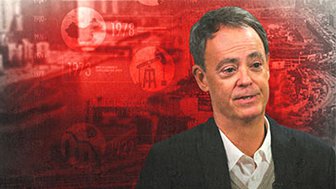 Jerry Parker, CEO of Chesapeake Capital, talks about a day…

John Hempton, CEO of Bronte Capital, talks with Matt Milsom about his experience running his long-short fund with a unique angle. Hempton discusses dealing with a trade that blew up, despite all the proverbial stars aligning. This clip is excerpted from a video published on Real Vision on April 26, 2019 entitled "Tesla, Japan, and the Hunt for Red Flags."

MATT MILSOM: Right. But you're still on the beater of the shorts. It's when they go under is when you really make the killing, right?

JOHN HEMPTON: Yeah, though if I can find longs at will and shorts with some difficulty, then I'm going-- which is not the case at the moment-- but if I could, I would run with it, right? If we come to a world where the Christian Hansens, the really fine companies are trading at three times revenue, and the crappy companies are blowing up, then I will take the profits that we made from the shorts in cash and go by large whacks of longs. And I probably won't replace the shorts, because if I can find lots of longs at willingness, the market's going to go up.

MATT MILSOM: So you got stopped out a couple of times last year?

MATT MILSOM: But you don't add.

JOHN HEMPTON: We don't add. You can't add at that point, right? Now, if a stock triples and our red flag looks like it was a mistake, we will cover it so fast it's silly. Ameron is my classic example, all right? But there's an Ameron most years in our fund. Some of them really annoy me. There was a tiny little one-- if any of your readers have ever heard of it, I will be stunned-- called Oramed Pharmaceuticals and Oramed Pharmaceuticals were testing an oral version of insulin.

And the oral version of insulin was going to be wrapped in some kind of gelatin. And the first tests were phase 2As, which were safety tests. And, of course, they passed because it was a protein wrapped in another protein. It's going to be safe. The basic problem is that oral insulin ain't going to work because your gut is going to digest the stuff. The reason why it's given intravenously is that it's got an atomic mass over 130,000. And if you're atomic mass is over 130,000 for a protein, your gut has to break it down to get it inside.

You might be able to breathe it in. And that's a very marginal thing. There's a long standing drug promote called Mankind, which was about our inhaled insulin. But this one was completely bozo. And it turns out that the chief scientist was undisclosed, the mother-in-law of the CEO.

MATT MILSOM: Is that the red flag?

JOHN HEMPTON: There were 20 red flags.

JOHN HEMPTON: And we put it on, our usual 30-bit position. And then they hyped the successful phase 2A test. And the stock went up six-fold. We didn't cover it all, but we covered some. We finally took it off down about 70% from where we originally put it on. 34 years la--

JOHN HEMPTON: No, not a happy ending because there's no way that we can recover the stuff that we short sold at $6 and covered at $30. And when it was up fivefold, we had to cover some, all right? We were stopped out, but we were stopped, if you understand.

MATT MILSOM: So in terms of hiding in plain sight, are you publicizing? Well, you can't really publicize your situation.

JOHN HEMPTON: No, we don't publicize our shorts at all.

MATT MILSOM: But I mean in terms of the story, you're involved in the Twittersphere on Tesla--

JOHN HEMPTON: Yeah. Look, yeah, I'm involved in the Twittersphere on Tesla, because Tesla's the most fun you can have--

MATT MILSOM: Yeah, it's just so much volume in terms of people's views. It's so emotive, clearly.

JOHN HEMPTON: Yeah. Look, the whole idea that Tesla is something between it's going to save the world from greenhouse gases and completely change the way we live--

MATT MILSOM: It might blow up the world with those buggers.

JOHN HEMPTON: --to Heilig-Meyers with nothing in between.

JOHN HEMPTON: Both of those views are way too extreme to be real, is my view, all right?

MATT MILSOM: Somewhere in between.

MATT MILSOM: And we'll find out more on April the 24th.

MATT MILSOM: And do nothing else.

JOHN HEMPTON: --you could do nothing else with your life but follow Tesla. One of my staff refers to Tesla is a short seller distributed denial of service attack. It's so spectacular and such a sort of car wreck that every short seller is just focused on Tesla. And there's all this stuff out there that they're ignoring. And they're ignoring it because Tesla's so goddamn interesting.

MATT MILSOM: And it's big.

JOHN HEMPTON: It's big, but it's colorful, right? When Valiant finally blew, and they made the Netflix documentary, it was so colorful in the end it was hysterical. The idea that a company registered a couple of hundred fake pharmacies so that they could send prescriptions to insurers without the insurer knowing where the prescription came from--

JOHN HEMPTON: And all of those fake pharmacies were named after characters in Stephen King novels.

JOHN HEMPTON: Right? I mean, that's bizarre. But Tesla's that bizarre every day.

JOHN HEMPTON: We'll see. But I don't want to play the Tesla denial of service attack because there are other things to do with your life other than watch Tesla.