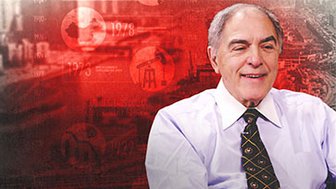 Jerry Parker, CEO of Chesapeake Capital, talks about a day in which decisions he made led his fund's equity value to decrease by over 60%. Coming up as one of Richard Dennis' "Turtles," Parker's story includes a lot of success as well, and he discusses several instances in which his successful timing led to profits. This video is excerpted from a piece published on Real Vision on May 6, 2019 entitled "Top Turtle's Trading Tips."

JERRY PARKER: I lost 60% in one day. 1986, we were just making so much money, and I know we were up 200%. And I went home on Friday at peak equity and my bonus was a million dollars, and I was just on top of the world.

And I think just from the very beginning, and from the Turtle program, it was just a tremendous emphasis on diversification. Trading single names just seemed an obvious thing to do.

JERRY PARKER: It's a pain in the butt. It's much easier to just to trade the indices and all of your markets are in this FCM account. It's just a piece of cake. Clients kind of prefer it. But you need to stand up and make a, try to do something better and different, even though client's not asking for it. Maybe they complain about it a little bit. I've definitely had people complain that, well, I understand the trend following of the currencies and commodities and the bonds, it's getting a little too close to me for you to say, oh, just follow these trends in the stocks. I don't really think that's right. And so we're like, well, sorry, we're going to do it.

JERRY PARKER: It's, we've had a lot of success with it.

JOE PERRY: I'd imagine that that diversification held you out from some of those or maybe you didn't lose as much during some big equity sell-offs like we had in the fourth quarter of last year.

JERRY PARKER: You don't lose as much, you don't make as much. When the markets are in a big uptrend, it's hard to beat the S&P or the FANG stocks. You don't make it on the upside, but it definitely reduces the drawdowns and in the same way that I would not desire to trade the dollar index or the euro only or a commodity index, I like having longs and shorts. I complain when I don't have longs and shorts and the currencies. So yeah, it makes perfect sense in the stocks as well.

JOE PERRY: So people are your clients because they like the stability that you offer.

JOE PERRY: Besides you're making them money.

JERRY PARKER: Yeah. It's different. And we do things differently than other. We don't vol target. We're kind of traditional classic trend followers, where we risk a small amount, but if the volatility gets higher and higher as the trade becomes very, very profitable, we don't have a tendency to get out of any of it. We just sort of let it go. And so we're a good complement to all of the European CTAs who are vol targeting.

JERRY PARKER: So you've got to be a little different.

JOE PERRY: Right. What would you say is the largest drawdown that you've ever had?

JERRY PARKER: Well, definitely Richard Dennis. I lost 60% in one day. 1986, we were just making so much money, and I know we were up to 200%. And I went home on Friday at peak equity, and my bonus was a million dollars and I was just on top of the world. And Monday was just this day of all the markets going against us. We had made so much money so quickly. And just like, oh well, such is life. Rich approves of it, you know, he's telling us to do, we think we're doing the right thing, that it must be right.

But I quickly figured out 1988 when I started Chesapeake, that maybe 200% was not what I should go for in order to have a stable business. But I do remember being jealous and hearing my other Turtle friends who had not made that transition quite yet are doing really well in that green, the drought in 1988. But yeah, it's an evolution over time. A lot of positive from the Turtle program and a lot of things that you have to get out of your head when you trade sort of client money.

JOE PERRY: Is it a lot easier now with computers as compared to like 1980s, where you had to execute everything by hand and pick the phone up and make a phone call down to the pits? Now you have these algorithms and you don't necessarily have to make the decisions right there, because they will do it for you in a sense. You program them, but in a sense, you don't have to actually go and physically do it. Does that take a little bit of pressure off of you?

JERRY PARKER: I think it makes us more disciplined. And probably the traditional CTA firm would have a research department that creates the models, a committee that approves the models, and then you run those models each day on the new data. And then you have a separate department that executes the trades. So these guys who are executing, their only job is to get a good fill.

JERRY PARKER: And everyone else's hands are tied. They can't walk in there and say, hey, do a Jerry trade or do a Joe trade. I'm getting freaked out. So I think this division of duties gives people more consistency and discipline. There are still ways to what I call, systematize discretion. It's really easy sitting in front of the computer and say, I'm really nervous about this coffee trade. The coffee skyrocketed in 1988 as well or maybe '89, and I remember sitting there going, I really want to get out of this coffee, it's just going up too much.

So now I think more than, a lot of people just program that in.

JERRY PARKER: It's a rule. So rules are not a panacea either, if you have a bad rule. I think there's a lot of temptation is to have bad rules. I've done it before and just think that you can get away with it, because it's computer code. You can't.

JOE PERRY: How about on the other side? What was your biggest winner?

JERRY PARKER: We definitely had some trades that lasted a year or two or three. Short yen I think in the '90s or 2000s. You know, crude trade in '14 came in at a really good time, $90 down to $20 something. Hasn't been a lot of great trades. You know, the heating oil trade I mentioned earlier, both of those are legendary trades.

Natural gas has been some major moves in natural gas. '87 or '88 drought. Oh, the base metals and '04, '05, '06, gigantic trades that lasted a year or two. When you put up a weekly chart, I'm not saying you need to trade weekly, I'm just saying put up a weekly chart and scroll through the charts. Massive trends just pop out. And you look at the little jig in the middle where it goes down a little bit and it comes right back, like, oh, it's a piece of cake. You blow it up into a daily.

JERRY PARKER: It's like, oh my god. Where you live through it. Living through things, I think Bill Eckhardt has a good quote. I can't remember what it was, but something like today is really a bad day and it's really important, but you won't even remember it in a month or two.