A Year in Review: Recession Watch 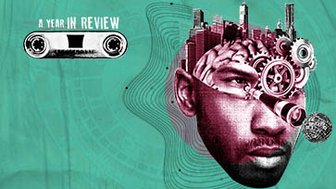 Every month here at Real Vision is special, but in…

A Year in Review: Minds of March

Ed Harrison: The Global Economy in 2021

Ed Harrison: The Global Economy in 2021

A Year in Review: Recession Watch

There is only one sure bet in finance: the certainty of another crisis. We are not in the business of being alarmists, but when experts across the board begin to worry, we consider it our duty to listen and bring it to the attention of members of the Real Vision family. Tune in as we recap the most telling interviews on the timing, magnitude, catalysts, probabilities and expectations for the next recession.

JOSH WOLFE: You have the illusion of liquidity, because you have daily trading and ETFs. They're marked on a daily basis, but the underlines suddenly might be illiquid. I think that there's a real risk of permanent impairment, which is the true measure of risk, of principle.

One of the other very interesting things, of course, is you have this mismatch between CapEx and buybacks. CapEx is a good measure of corporate investment activity and so buybacks now, eclipsing corporate CapEx, CapEx potentially declining at a time when interest rates are as low as they've been in many, many years. It doesn't bode well for the economy and it comports with your view of recession. It also comports with your view, which I think is an excellent one, of real volatility and risk amongst the European banks.

People are pushed out on the yield curve. They're taking more and more illiquidity risk and they don't realize it.

RAOUL PAL: I also think that the dollar is a big risk in this equation, and I talked about it in the original Expert View, and other people have referred to it. The dollar has been thrashing around in a very tight range. To me, as we're shooting this, I have a feeling it's going to break higher. I really do.

The reality is if the dollar is not going lower, chances are it's going to go higher. It could get stuck in a range, but I don't think that the structure of the market, to me, feels like it's going to break higher. If it does, we know what to do. That will tip the dynamics significantly towards a much faster slowdown of global growth, a much faster deceleration of commodity price, a much faster deceleration of emerging markets. I think that is the thing that would tip everything over the edge and I think it is coming.

I've called it the vanity trade. We all want to short equities, because you sound like a hero, because you sound like Paul Tudor Jones in 1987. The reality is equities in a bear market are not the best risk return, and the reason for that is that volatility goes up. Volatility in equities-- very high volatility means that the reward you get out of that trade is less high quality.

I think I've recounted that story before of a good friend of mine in 2000, 2001, who got it dead right. He was like, I'm bearish. I need to short the equity market. He shorted the equity market. Because he oversized his trades, what he found was every time he should have been adding to a trade, he was getting stopped out. Every time he should have been taking profits, he was adding to trades, and he just got chopped up. He lost 30% over that period from being right and that's the volatility of the equity market and how hard it really is to trade an equity bear market.

This cycle has been as similar to the '90s cycle, the other longest cycle in history. It has been incredibly similar. That had those two false lows, like this one had, and then eventually, it broke. It feels like we're there now.

LAKSHMAN ACHUTHAN: Right now, the bottom line is that we're continuing in an ongoing growth rate cycle downturn. It's a cyclical downturn, it's not a flash in the pan, it's going to persist. It's pervasive, it's pronounced, become more pronounced. That all is happening. It has yet to run its course, we don't see an end to that slowdown in sight. Now, necessarily, every time you begin a growth rate cycle downturn, a deceleration in growth, your risk of recession comes on to the table, it's an active risk.

If we begin to see a window of vulnerability opening up, which would mean that our indicators are falling in a much more pronounced pervasive and persistent way than they are currently, then virtually, any negative shock, any of the things that have occurred over the last half a year can become a recessionary shock. There's this view that just because the Fed pivoted that means recession is off the table. Our work says absolutely not, even though we're not making a recession call today.

RAOUL PAL: It's not confirmed yet, but everything is still trending.

ALEX GUREVICH: Is this possible that we could have possibly a recession, possibly rates going to zero by a very significant, even from this point, re-price on the value of positively yielding ongoing concerns. Why do multiples cannot go several times up more?

RAOUL PAL: Remember in Recession Watch, I said there is no way the US can organize, orchestrate a weaker dollar, because every time the US cuts, so they cut 25, New Zealand's already cut 50, everybody's going to cut faster and harder than the US will, and that's a big problem.

The dollar is breaking up everywhere. Gold is screaming another signal. I've never before seen gold rallying and the dollar rallying. I've been warning about this for years now, saying this is what the end part of the cycle is going to look like. The dollar is going to rally. Gold's going to rally and eventually, gold will be the last man standing.

Today is Monday, August 12th. I'm not sure what day you'll get this, but today, the market broke that key support. Some of the banks were down 4% or 5% across Europe today, and I think they're going to go into freefall. I had that pushback on Twitter the other day from Joe Wiesenthal from Bloomberg, push back at me and said, oh, well, Raoul said this in 2013, about an article that he actually leaked in Business Insider.

What was outrageous about that was over 2012, you got overly excited about that. The world didn't end. People have no fucking idea what happened in Europe over that period of time. Literally, people got wiped out. Unemployment went to 50%, youth unemployment in Spain, unemployment overall hit about 25%. Friends of mine, everybody lost their jobs, people went bankrupt. The banks, they converted people's deposits into preference shares, and then defaulted on preference shares wiping out so many old people I know living in the village that I lived in, they took their money wiped the whole lot out.

They wiped out bank here that went into the government hands, and many other banks went by the wayside. That was just Spain, Spain was so bad that I had to buy canned food for my house, and rice and a generator because we were within days with the banks going bust. The ECB eventually forced the Spanish to take 10 billion to bail out their banking system because it was going to go under and the banks were going to close.

That wasn't the worst there. Greece went entirely bust, Portugal were pretty much bust, all of the banks, part of the banks got bailed in. Some of the banks went bust, the whole thing was hold out. Greece as a country went bust. It's still recovering to this day.

That wasn't the worst, little Cyprus, it got completely obliterated. In Cyprus, they bailed in the entire banking system, screwed everybody with any deposits, screwed all the businesses, the banking system shut down entirely and the British Army had to bring a plane full of cash in from the ECB. That's how bad it got in Europe. For anybody said I was alarmist, last time that I saw this happening, which is back in 2011-2012, really has no grasp of the magnitude of the history that occurred, that, in Europe, was the largest economic event since World War II.

The IMF wrote a paper recently that said that the only problem with interest rates is they weren't negative enough. If you want to believe that, that is the IMF, Christine Lagarde, IMF, the first thing she's going to do is going more negative. Interest rates are going to negative 2, negative 3 in Europe, and nobody's going to be able to stop it. Then they're going to stop people transferring money into cash. That is all coming.

NICK REECE: This is an extremely challenging environment to analyze in terms of the business cycle. In my view, there's a lot of mixed data. I'd say that recession risk is real, it's elevated, it has not yet become my best case scenario but I've estimated it to be between 30% and 45% chance of going into recession over the next six months. I'd say the recession risk is as high as it's been, certainly in the last couple of years, I'd say even for this entire expansion and one of the key reasons for that is that we've finally gotten yield curve inversion.

It's a very mixed picture. I think the number of positives that you can hang on to on this checklist of where we are in whether we're headed into a recession and what that risk is, is diminishing, because now you've had for the first time in the cycle, yield curve inversion so you've checked that box. LEIs are not negative yet year over year, but they might be within the next few months. We've got the manufacturing PMIs below 50 which is a good leading indicator, services have remained above 50 and we'll see how that develops. Labor market still looks okay to me. I think it still looks relatively strong.

If you look at the output gap, we are arguably above our potential GDP, which is typically a late cycle indicator. That can persist for a number of years so it's not a great short term timing indicator, but it does indicate that we are probably more towards the end of this cycle than the beginning, which shouldn't be a surprise given that we're 10 years into it, even though I agree with the statement that's often made that expansions don't die of old age so we can't just say it's 10 years old, and therefore it's time to have a recession but certainly, I would say we are late cycle.