Retirement: What You Don’t Know Will Bankrupt You 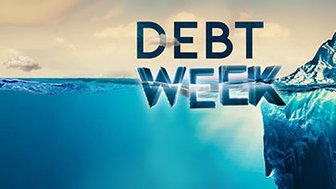 The last ten years have been to equity markets what…

“The Yield Hunger Games”: An Introduction to Debt Week

Retirement: What You Don’t Know Will Bankrupt You

In this video, Raoul kicks off the most important two weeks of content ever– the coming retirement crisis. Today, the retirement dream is being shattered as pension funds and individual 401k’s don’t match up with their promises and pensions and financial advisors are taking unprecedented risks with the life savings of those just retired, or retiring soon. One day soon, that risk is going to wipe out peoples retirement savings, leaving them with no job and no income. In the next two weeks you will learn about the issues, risks and concerns along with many solutions to help people avoid risking everything. Join Raoul for an introduction to the Real Vision campaign that you literally cannot afford to miss.

RAOUL PAL: Hi. I'm Raoul Pal, the CEO and co-founder of Real Vision. When we set up Real Vision, one of the key things we wanted to do was to protect people. We wanted to have some fiduciary responsibility to people's savings because we didn't think the media was doing a good enough job.

And one of the things that concerned me personally, the most was the retirement crisis and the baby boom generation headed into retirement. I think that people have taken far too much risk that they don't know about. Their pension advisors, their investment advisors, and others have pushed them into assets they shouldn't be in at this stage in their lives.

But as ever, Wall Street's pushing into asset prices at all-time record highs, when the expected future return of many of them are negative. What is the right answer for you? Well, that's looking differently, thinking of the world in different terms than those that went before you. And people like me, the Gen X generation, are in the middle, in our 40s and 50s.

Well, it's a pressing issue for us too because we're in that final stage, where accumulating as much as we can for the retirement phase of our lives. But again, we can't afford to lose asset valuation. We can't continue to see these funding gaps in our pensions. It's just too much. This is such an important topic. I can't stress it enough.

I really want you to closely follow this two-week series. Watch all of the pieces and understand how they apply to you. We've tried to make it really broad and really deep, and it's called Retirement, What You Don't Know Will Bankrupt You. We start the two-week special with a look at the real risks that are being run by the state pensions, the private sector, your asset allocations, and all the other things that come into the equation. We want you to understand that this is not right.

The second part is the more optimistic side. It's what you can do, the steps you can to give you a better probability of having that retirement that you dreamed of-- that dream of living unfettered with enough money to have a lifestyle that you choose.

Those things don't come easily, and they're going to take some thought process for you all. But we've tried to bring every expert we possibly could who really understands this so you can leverage it as much as you possibly can to get something out of your future.

Everybody needs to see this content. And if it's behind the paywall, we've made it a special deal so it's only $1 for somebody to get access to Real Vision. We don't want to have any hurdles in the way of people understanding what is going on and what they can do about it.

So I really hope you enjoy this and find it one of the most useful things we've ever done. We're very proud of what we've assembled for you. So let me take you on that journey of understanding over the two weeks, and I'll lead you through the narrative so you can understand as we build up a picture for your retirement. Thank you.