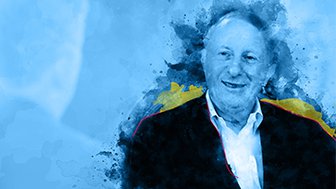 Howard Morgan of Renaissance Technologies discusses his investment in Uber,…

Chris Alexander, founder of Macro Link, talks about how the financial industry has changed with the expansion of quantitative trading and machine learning. He also discusses how technological advances have narrowed the hedge fund hiring pool, integrated global markets, and homogenized monetary policy. This video is excerpted from a piece published on Real Vision on February 12, 2019 entitled "The Future of Macro Hedge Funds."

CHRIS ALEXANDER: 10 years ago, you could go to a big hedge fund and say, hey, how do you think about allocating your broker wallet? And some of them might say, we don't know. We don't care. Which is to say, as long as we're making money, the hedge fund runs itself.

Having had three years of mediocre performance, that business model doesn't work. And so people had to reconcile, specifically, the stuff that doesn't necessarily drive revenue. So analysts, traders, and all of this stuff you might generally class as the support apparatus, which means they have fewer luxuries around. And those who provide those luxuries are less in demand versus everybody is looking to find the next best trader that nobody has spotted yet that has the good track record, that has the clean reputational background, which is a big deal.

And that means, then, the hiring market has become a whole lot of people who everybody has passed on, that continue looking in vain for work. And three, maybe four celebrities that come out per year from someplace tried to start a fund. It didn't work. Go back into free agency and they'll land somewhere at a name brand.

ROGER HIRST: The changes that we've seen, do you think that-- pretty much people say, look, these are interconnected. But things like the difficulties that the traditional macro hedge funds have experienced, is that the rise of passive investing? Is it the rise of the--

ROGER HIRST: --the rise of central banks. Are they all interconnected?

ROGER HIRST: What is the interplay that's kind of-- because we've seen this, if you look at the active versus passive, that massive flow-- I think it was $3 or $4 trillion-- from active to passive. That's a big trend. What's been the driver behind that? Because that whole active universe-- not just hedge funds, but whole active universe-- is under duress. Which do you think, or do they think, is the real driver behind it?

CHRIS ALEXANDER: Well, look, I think all of them are paranoid about the presence of robots and artificial intelligence and machine learning in the market. And all of them-- one of them specifically has said, hey, this is the time when I think Kasparov starts to get beat by Deep Blue?

ROGER HIRST: And with these sort of trends that we've been seeing, I think-- when I look at that and when I think about the difficulties that we've seen, these trends may perpetuated by the central banks. Now, a lot of the bots is looking at data behind this and extrapolating out forward.

Isn't the whole point of where macro is great and where macro-hedge fund managers should have their edge is that-- it's the human emotion, it's human frailty, weakness, that creates the turning points where the big wins are. That's what these guys have always been great at spotting. A computer doesn't have an emotion.

CHRIS ALEXANDER: How like, if you go back 15 years ago, there wasn't as much integration in the global financial system. And so then central banks, if they took action, might act on their own. So then you had idiosyncrasies in the macroeconomic world, the Thai default, the Asian crisis, the Russian default. You had all of these things that could happen and catch people by surprise.

So those that had studied it, knew about it, and positioned for it, or studied it, had an opinion, and portrayed on around it, could make extraordinary windfalls around specific events. After '08, there was such a global rally to arms that central banking itself, I think, became much more integrated. Because all of them now act in synchronicity with one another, and certainly consider what the counterpoint of what they do is. How does their move impact their relative interest rate differentials, their currency, all this stuff.

And then, if you have to consider all of those things and further, you're in contact as part of a generalized global support apparatus. It limits the ability for central banks to act as autonomously as they used to, and it means that, effectively, there is much more of a global central bank that is organized by a committee of the big central banks. And then, post-'08, you had this extraordinary amount of intervention. And that then meant that the human impulse driven by policymakers and markets became much, much bigger than it used to be.

Because now you have three decision makers, maybe four decision makers-- Fed, ECB, PBOC, BOJ-- and to the extent that those four are all in constant contact and considering what their move means for everyone else. I'd say it's kind of like-- in university, we used to play this game called Rochambeau. And you do rock, paper, scissors. And in time, you become familiar with the other guy's moves.

And since 2015, really the market's been reduced to guessing what is that handful in the apparatus going to do? And what we've established is that, even if you can predict what they're going to do, the market move might be contrary to your expectation, because so many people will have predicted it. So then it just becomes the Rochambeau game.

Which is my personal view on why macro-funds have struggled from that big ECB move where everything went haywire at the end of 2015. From that point on, it has been exceedingly difficult to make money, and the places where people have been in day trading, which you can argue that robots do better than humans now.