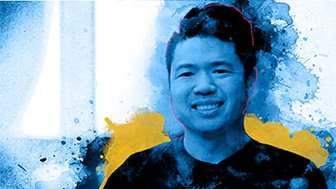 Dan Tapiero, co-founder of Gold Bullion International, tells Raoul Pal why he thinks bitcoin's true value is still misunderstood. He argues that bitcoin's opaque and unconventional origin and its underlying technological infrastructure are two major reasons that the market has struggled to properly value it. Tapiero says there is an incredible investment opportunity afforded by that misunderstanding. This clip is excerpted from a video published on Real Vision on July 22, 2019 entitled "The Future of Macro Investing."

DAN TAPIERO: Part of the problem was that people, when they start really digging into Bitcoin, they end up saying these kinds of things, which really puts everyone off, because you're thinking, well, this is a madman changing the world, all of this stuff.

As a macro guy, I come at it, macro investor, I'm thinking, well, what's the value of it? What's it worth? The difficulty I always had was trying to put a value on it. I need to know what I think it's worth today, and what I think it'll be worth in three, four or five years and have a proper fit framework. I found that very difficult in '14, even listening to some of our contemporaries talk about it. I didn't quite get it.

It's because Bitcoin is a lot of things. What it is, is it's an invention. I think it should be referred to as an invention, rather than all the other things. What it really is, is it's a truth machine. It's a way, in a way, to eradicate all fraud, or lined by human beings. The whole bigger concept of certainty, of confirmation, of validity, of security. That's what you're buying- a system that now is 10 years old, has a tremendous track record.

I'm thinking, well, what's that worth? What is a security platform like that with that track record? What is that? What's the value of that? I think back in the early days, it was very hard to get a sense. You have something that has a $3 billion market cap. Who cares for my perspective? It would have been great to have bought it at $10, or $50, but I think that really was the realm of the VC. I never would have had that vision, the Tim Draper early vision.

It was just-- I remember going down to Barry's office, Silbert, in 2013-'14, and he says, Dan, have this product, and we're trading like $2 million a day. I thought $2 million a day, that's not anything. It's not a store of value. It's not anything. That's just from my perspective. Again, just given where I was coming from, would have been hard to really grasp to be all in, a white paper, it just all was completely different, a new language.

Also, you had the fraud component, and Mt. Gox, and all of this, really the first five years. That kept away, I would say, traditional macro people, but also just people in general. I think that that kept people away from it and said, oh, I don't have to bother with. But for me, it was, I don't really understand how to value it.

DAN TAPIERO: That's what it is. I think it's a security truth machine. The bitcoin really is just the reward that the miners get for guaranteeing the security of the framework, of the network. That's what it is. Now, if you think about what would it cost for a company to build that? If that belong to one person, it's hundreds of billions of dollars. Think about all the man hours, think about all the people who volunteered their time? What is that worth? All that time?

RAOUL PAL: That's a really interesting thing. Because you and I know the amount-- the sheer amount of intellectual capital-- programming capital, the amount of people working on this space is unbelievable. I've never seen anything like it.

DAN TAPIERO: Yeah, and I'm really just sticking to Bitcoin for the moment.

RAOUL PAL: Even within Bitcoin, the amount of development and intellectual capital that's involved is huge.

DAN TAPIERO: Over these years, like, what would it cost to build that? It's truly a massive endeavor, something that can touch every single human being on the planet, all they need is a phone. It's incredible-- could a company even develop that? And maybe Satoshi realized it could only be developed slowly over time, in a decentralized way. Because the current, the structure of the way a corporation works could never work fast enough. This thing is going 24/7, not just the trading of it, but the maintaining of the system. And all the mining that's going on, it's constant.

Part of the problem, I think, in the early days, is that it's hard to really believe as an investor that someone invented something unique and gave it to the world for free and so, it was valued at zero in the beginning. If it had been within a normal company structure, it would have grown to some degree and you would have had an IPO and maybe it would have been worth more than WeWork, which is 50 billion or I don't even know how you compare it. I'm just saying that I think it took a while to adopt because it didn't make sense that if you had done this early digging and you could realize the nature of the invention early, to think that this could be worth trillions of dollars, it was too far, I think too far a stretch.

Not for the VC people maybe, not for the private equity people, not for the technologists, I think, who got in earlier and then maybe not for the smart macro guys who we've mentioned who are actually also in. You can get to numbers very reasonably that are-- the Winklevoss number is a million on Bitcoin and Draper's 250,000 within five to eight years, you can start to see it because you say, okay, well, Amazon, that's worth a trillion dollars itself stuff on the internet. But is that as valuable as a new invention for humanity? And that is applicable to almost everything we do.