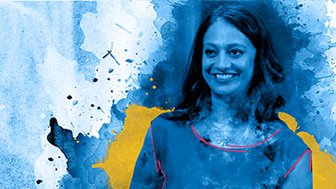 Marc Bhargava, co-founder of Tagomi, joins Real Vision’s Justine Underhill to talk about the creation of Tagomi's crypto electronic trading platform. Bhargava addresses the prominent narratives shaping the crypto space today and shares his view on the future of the industry. This clip is excerpted from a video published on Real Vision on June 27, 2019 entitled, "Building Businesses at the Frontier of Money."

MARC BHARGAVA: So my background- I started my career at McKinsey and then worked in private equity. So it was pretty traditional, but then dropped out of that to do a bunch of different startups and work in tech, including at Airbnb for a little bit. Got into the crypto space as an- on the investing side- so in 2016 and '17, I was investing in many of the early stage projects- so early investor in Blockstack, Filecoin, Zeppelin, seed investor in Algorand. So I was really excited by Bitcoin and Ethereum, but also asking the questions, what are the other protocols out there? Who has great tech teams? Who's building scalable tech? And so I was doing that.

In 2017, I co-invested quite a lot with Jennifer, my co-founder now, who was at Union Square Ventures. So they were one of the first backers in coin-base. And she helped lead deals in companies like Numerai and Polychain and such. And so Jennifer and I co-invested in many different companies together. And we're both hearing a lot of questions on how can we place larger trades in this space. How can we do a bigger trade in Bitcoin or in Ethereum without eating through the order book at one exchange or without having to Skype or call someone or have a dealer market? Is there an electronic agency brokerage? Is there like an Interactive Brokers or a Goldman Agency desk in crypto?

And so in 2017, both of us were looking for that answer and looking to invest in a company, not really start one. But then we met our third co-founder, Greg. So Greg in the '90s built one of the first electronic trading systems, scaled it to 70 people, and sold it. That business then got acquired by Goldman. So for 13 years, he was Global Head of electronic trading at Goldman and senior partner. So he's someone who had really seen the development of the equities and FX ecosystem into being agency and electronic. And so when we sat down with him and talked about similar evolutions in crypto, we really saw the world the same way. And the three of us ended up teaming up in January of 2018. And we took it from there.

JUSTINE UNDERHILL: And that's when you created Tagomi.

JUSTINE UNDERHILL: So could you take us through an example of how Tagomi works? So let's say I'm coming to you. And I want a million dollars of Bitcoin. So I would give you guys a million dollars. And then what happens. How does it work?

MARC BHARGAVA: Yeah, so exactly. Our clients are people placing larger trades and are more sophisticated. What does that mean? Example, clients who are also investors in us and really believe in what we're building are folks like Peter Thiel's Founders Fund, Paradigm, Collaborative Fund, CoVentures, Galaxy, Multicoin, Morgan Creek. So a lot of the larger folks in the space use Tagomi to place trades. I guess the question is, why. Well, first, if you give us a million dollars and you want to place that sort of a trade, we'll break it up into pieces and route it across nine different liquidity sources.

JUSTINE UNDERHILL: And you break it up into thousands of pieces or-

MARC BHARGAVA: Depends on the size. Normally, at least 100 or so, especially if you're doing it over a period of time, like a TWOP algorithm is one that's done over time. So if you come to us and you give us a million or $10 million, either we can do the trade instantly or we can spread it out and do it over time. And in either case, we will break it into pieces. We'll smart route it wherever the price is best. We'll take into account fees. And then we'll place that trade over multiple exchanges and with multiple market makers.

And so what that does is it lets you place larger trades, because you have more liquidity. You have aggregated pools of it. And it lets you place smarter trades, because you could do it over time. You can give certain parameters. There are specific order types. And so it's the same tools that more sophisticated and larger investors use in equities and FX. Over 90% of the market in those spaces is done electronically and is done in these more advanced ways. And Tagomi's really the first time you can do it in crypto.

So we spent all of 2018 building it. A lot of our team is from Citadel and Two Sigma. Greg obviously has great experience at KCG and at Goldman and pioneering the space. And so we've really rebuilt that over this year and launched four or five months ago and have been able to attract many of the top crypto funds, index funds, high net worth folks.

JUSTINE UNDERHILL: Now in terms of how Tagomi makes money, you would take like 25- 10 to 25 basis points on each trade. Is that how that works?

MARC BHARGAVA: Yeah, so generally, we don't have any subscription. For the first few months, people normally just trade for free. We show- we pass along any exchange fees. And then afterwards, we give them a lot of optionality. So either they can have an all in fee or they can have a commission on top of the exchange fees. In each of those cases, what we do over the couple month period we trade together is they demonstrate and see how much we're saving them. And then we make sure Tagomi is a very affordable product for them.

JUSTINE UNDERHILL: Do you over time- as there is more liquidity in the market, do you see those spreads coming down? And do you see that potentially affecting your business?

MARC BHARGAVA: Yeah, so we definitely see spreads coming down. I think partially it's because of entrants like Tagomi that's saying, hey, look. We can get you best execution. It's going to be lower pricing. It's hard now to charge as high spreads. Also, there are a lot of market makers who have moved in creating liquidity, bringing spreads down. I think our business is really growing and that we're using best execution as a wedge to build this larger brokerage product. So for example right now, we're experimenting with lending out coin and being able to short, as well.

We're working with some of our largest clients on that. Many of them, like Multicoin, pioneered shorting in the space and a lot of the other crypto funds we're working with. And so I think for us, the vision has always been we're the first electronic agency brokerage- first to get the bit license being an electronic agency brokerage, be regulated. And so it's definitely lending, shorting, trading on margin. The settlement piece we've already built out. We've integrated custody. So the real vision is for all of your digital asset trading needs, you can come to Tagomi. And we've been building that out for the last 18 months.

JUSTINE UNDERHILL: And would you say that Genesis, which is an over the counter platform- is that a competitor, because they're also getting into the lending business and borrowing business as well?

MARC BHARGAVA: Yeah, so DCG is another investor of ours.

MARC BHARGAVA: Yeah, behind Genesis- and so in that sense, they're a partner. So for example, when we think about lending, right now, we have a contract with Genesis and with Galaxy, another investor of ours, and some of these other folks who are doing lending. So again, Tagomi is all around being agency based. And so what that means is when someone comes to us like a Paradigm or Pantera, Multicoin, or one of our other clients or investors and says, I want to lend out Bitcoin, we are helping them figure out how to do that. And that means partnering with folks. And so just like on the exchange side, we partner with seven exchanges and have liquidity across them. We are going to partner with multiple lenders as well.