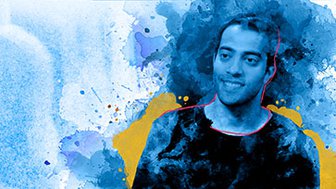 Scott Malcomson of Strategic Insight Group joins Dee Smith to discuss the advent of 5G communications networks and the geopolitical tensions that come with 5G. These systems will be critical to the development of the next iteration of the internet, but currently they face a host of issues. Malcomson is mainly concerned with the discrepancies between 5G development in the United States and the rest of the world. He argues that this discrepancy could cause major issues for 5G adoption across the globe. This clip is excerpted from a video published on Real Vision on August 3, 2019 entitled, "5G and the Deglobalization of Network Infrastructure."

SCOTT MALCOMSON: 5G is a question of definition. In essence, 5G is just like a code word for increased processing power from sensors to servers and back to sensors. That's the simplest way to put it. It tends to be used to express two related but pretty different things, one of which is faster speeds on phones, and the other, which is the use of sensor networks to send information to servers and back.

So when you read that 5G is essential to having driverless cars, that doesn't have anything to do with phones. That doesn't mean each car's going to have a cell phone. What it means is that each of these cars has to be able to ping signals back to a server at a very, very high speed in order to avoid hitting the lamp post. And the 5G with phones is a different issue. It's the same technology, in a way, but it's unnecessarily confusing between the two of them.

DEE SMITH: That's an interesting question, the question of driverless cars and the amount of data that it requires or will require to actually make those systems operational, which is staggering, because each one of those vehicles have to be transmitting and receiving data all the time that relates to all the other vehicles on the road. And that's going up and down the system. So that's the kind of thing that most people don't think about when they think about the rise in energy utilization.

But I want to talk about another aspect of 5G, which is that these systems being rolled out around the world are different. And this relates to something that's fundamental that also explains why Huawei has such a prominent place or position in the 5G market. Can you explain how that happened?

SCOTT MALCOMSON: When AT&T was broken up, there were a number of different companies that were competing for the mobile phone market and investing in R&D to develop different kinds of phones. And they did it according to different standards, one of which was CDMA. And older people will remember these different standards, the little things that used to come up on your phone. So at that time, Europe, being Europe, decided to take a single standard and run with it.

And the US, being the United States, decided to have different large companies fight over different standards and see who would win. Well, in the end, what happened was that the standard that the Europeans were using won. And meanwhile, that was the standard that had been adopted in Asia. And China in particular had decided to make the same bet. So they were on the same mobile phone standard in the 2000s. We were meanwhile sorting out these different standards. So that's the first point.

The second point at the same time was that through the breakup of AT&T and various other things that had to do with the management of the telecommunications industry, existing American companies were doing really, really poorly, like for example, Motorola, which was a huge innovator in cell phone technology. The clam phone, the flip phone, and so on was losing more than $4 billion, if I'm remembering correctly, sometime in the mid -2000s over a period of a few years.

And so Motorola, AT&T, these other companies, which had been American companies leading the way in this kind of technology, essentially sold off in parts. So part of Motorola was sold to Google and then was sold to Lenovo in China. Bell Labs was sold to Nokia in Finland. Lucent, which was a child of AT&T around the time of the earlier breakup, was also bought by Nokia in Finland.

And so now in the world, the main makers of this technology are Nokia, Ericsson in Sweden, Samsung in South Korea, and Huawei in China. Huawei deserves a lot of credit for what it's done. All four of these companies were essentially national champions. Samsung is obviously this gigantic chaebol company in South Korea. So they, using this older standard, had been able to innovate within it and expanded aggressively.

By 2005, Huawei, which is a relatively new company, was having more than half of its income outside of China. While it is a Chinese company, it's been an international company, really, from more or less the beginning of its existence. So the result of all that was that American companies with the partial exception of Qualcomm, were no longer the leading edge of developing this kind of phone technology. And that was a huge problem for the American telecoms industry. And as long as everyone made assumptions that globalization and borderless expansion and international supply chains and so on would just get more and more intense, and there wouldn't be these kinds of political competitions, it was not that big a deal.

But in the situation we've been in for the last couple of years, where the US and China are in intense conflict over trade, and especially the kinds of technology that Huawei builds, the US was really just left behind. Unfortunately, this is being repeated in terms of radio spectrum because mobile phones communicate with their- to put it simply, mobile phones communicate with computers and back via radio spectrum. That's how the signal gets transferred. And the Europeans and Asia have once again essentially agreed on a single radio standard for developing 5G. It's between 3,400 and 3,800 megahertz.

The US four companies, ATT, Verizon, Sprint, and T-Mobile- are going about it differently, rather as they did the first time around with cell phone design or cell phone standards, where T-Mobile is at the 600 megahertz spectrum. Sprint is more active in a lower -mid spectrum. AT&T and Verizon are focused on the extremely high spectrum, which is called millimeter wave, which is very, very fast. So you've got the main four companies on different parts of the spectrum.

But meanwhile, that middle band around 3.5, or 3,500 megahertz, is where everybody but the US is developing its 5G standards. And it's building technology to that band of spectrum. And to this day, although President Trump said earlier this year, I think in April, that we have to win this 5G war and so on, that middle band spectrum is still not being auctioned. It's not being made available for 5G development. And so personally, as an American, I hope that we can get that band opened up so that US companies can develop technology for the band that's being used or will be used in pretty much every other market in the world for 5G, not just phones.

DEE SMITH: And there are several reasons for that. One is that it's used as- there's several satellite companies that actually have dominion over that at the moment.

SCOTT MALCOMSON: Over a chunk of it, yeah. Four satellite companies.

DEE SMITH: Over a chunk of it. The Navy has a related bandwidth that they use. And so part of it is the "ownership" of these wavelengths. But it also has to do with the fact of the anathema in the US to take any kind of national action on things like designating bandwidth. The idea is to let the market fight it out, which didn't work for us very well in the earlier iteration. And so it seems like we're just back. We haven't learned anything from that.

SCOTT MALCOMSON: Well, yes, although the reality is that radio spectrum is always government activity, including in the United States. The Navy had that band- it's the lower end of the mid -band- for radar use. And it was the government who gave them the band. And with the satellite companies, they buy it government controls the auctioning of radio spectrum in the US, like it controls it anywhere else because you can have a free market in bidding, but you can't have privately owned spectrum in the way that you have- I don't know- privately owned land, I suppose.

In order for radio spectrum to work at all, it has to be cleared for a particular use. And it's not private companies that clear it for that use. They buy it for that use. But in the United States, like every other country in the world, it is the government that sets it aside for that use and makes sure that people don't use it for the wrong thing. Otherwise, planes crash into each other. And the radio doesn't make any sense. And the TV signal doesn't function.