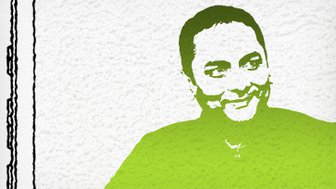 Venkatesh Rao, writer and consultant for ribbonfarm.com, looks into the…

The Evolving Value of Data

Venture capitalist Bill Janeway sits down with Brian Price to discuss the notion of productive bubbles. He argues that innovation sometimes requires a higher tolerance by investors for waste and initial failures. From the aviation industry to bitcoin, bubbles always seem to pop up around new technology, but that might not be a bad thing. This clip is excerpted from a piece published on Real Vision on December 21, 2018.

BILL JANEWAY: The message of what I learned by doing capitalism as a venture capitalist, and then reflecting on it from the academic side-- what I'd learned was that at the frontier, innovation, first of all, it's a process. You make progress by trial and error and error and error. It's not just cash and control, hedging against uncertainty. You're operating under conditions of radical uncertainty.

And historically, not just the digital revolution, but the small number of great transformational technological revolutions from the railways, through electrification, automobiles and highways, and on to computing and the internet-- these have required sources of funding that are not concerned, that are not focused on immediately visible economic value. And then there have been two. Two such sources over the last 250 years over the emergence of the modern economy in Britain, in the United States, around the world.

One, government. The state, the mission driven state. Liberated by a mission, whether its national development, whether it's national security, to mobilize resources, to tolerate failure, to tolerate waste. To escape from the shackles of focusing on the efficient use of the resources when what matters is effectiveness. And again and again, it has been the state that is both funded the upstream research, but also, really played a critical role in the deployment of the transformational technology as networks. We subsidize the building of the railways with land grants. The electricity generating and distribution required in this case, at the state level. Monopoly grants to private corporations so that they could afford to make the investments and be insulated from destructive competition.

And then of course, the interstate highway system and the internet were deployed by the federal government directly. In turn, the federal government-- and this is in the post-world War II era-- was not just a research funder, it was also the first customer. From silicon to software, before these new technologies were cheap and reliable enough for the commercial market, the Defense Department was the first customer. It pulled the Intels of the world, the IBMs of the world down the learning curve to low cost, reliable production.

So that was one lesson-- the role of the state. We have to take that seriously, and not tell sort of wisecracks about, oh, it's good enough for government work. Without the government, we'd be stuck back in the 1770s, living in an economy of that sort. But there was another source of funding that applied just as well to the railways, to electrification, to aviation, to the automobile industry in its early days, and lord knows to information technology, and the digital technologies in the 1990s. And that's financial speculation.

So I've spent a lot of time in the history and the theory of how the financial markets again and again, move into what are usually referred to as bubbles. And the first law of bubbles is that they're ubiquitous. They're everywhere. Wherever you have a market in assets, you're going to find investors herding together, chasing the hot thing, whether it's a tulip bulb, or a Bitcoin, or I guess, a marijuana stock nowadays.

But occasionally, what they chase is one of these new technologies, whether it's railways, electricity, after Lindbergh flew the Atlantic, the aviation Curtiss-Wright went up 10 times. And computers, and those taking advantage of computers. So they mobilize. These bubbles occasionally turn out to be productive.

Now the second thing to remember about bubbles is what matters is both what's the focus, what are the assets being overpaid, overpriced-- but also, where's it taking place. If it's limited to the stock market, and the bond market, to the public capital markets, the leverage, the borrowing against these assets is very limited. The bubbles always burst. But when it burst in the stock market, as it did in 2000, 2001, and in the bond market, the economic damage was very limited.

When it infects the banking system, the credit system, where the leverage is 30, 40, 50 to 1, then when the assets crash in value, you can freeze the whole system. You can produce the kind of economic catastrophe that we were looking at in the winter of 2008, 2009.

So one of my messages is there is such a thing as a productive bubble. That it shouldn't be suppressed if it's limited to the stock market and the junk bond market. And you can't know in advance. You can have a pretty good idea whether the assets being funded are actually going to be productive. But you've got to take some time to find out whether it's just a fly by night, whether it's a transient-- and this is of course, is what's going on with Bitcoin and blockchain today-- and let it run. It's not going to do that much damage when it bursts. Some people are going to lose money. A few people who got carried away will probably lose their jobs. But it's not going to wreck economic havoc.

So that was kind of the central message of the first version of my book back in 2012. And it really was a kind of celebration of this extraordinarily constructive configuration of what I call the three player game. The mission driven state, financial speculators, and the market economy. The world in which we work, and live, and spend the ordinary market economy, which gets transformed as these two sources of capital combine to produce a technological revolution.