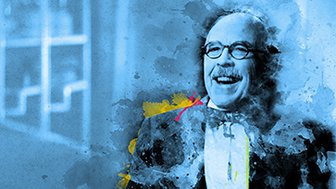 Venture capitalist Bill Janeway sits down with Brian Price to…

Joe Duran discusses the intersection of humans and machines. As technological innovation only increases, the world is changing rapidly. Duran provides timelines for financial technology and wealth management, and discusses what excites him most in the machine learning space. This video is excerpted from a piece published on Real Vision on October 16, 2018.

BRIAN PRICE: What do you see for robo advisors and the idea of passive versus active and these approaches in these methods that are removing the human element from investing?

JOE DURAN: I think what you're seeing actually with everyone now is it's very easy when the stakes are low, to do everything yourself. So, if I stub my toe, or I get a thorn or I get something weird, it's easy to go to online, look at a medical site and say, this is what you should do. If I have- my heart starts to palpitate, and I'm losing breath and getting dizzy, I might look at a website, but I'm going to a doctor. Same thing with legal- when I'm starting a new company and I have no employees and everything else, I can go to LegalZoom and do a perfectly good job setting it up. Once I actually have a few employees and the stakes are higher, I'm going to go and get a lawyer, our industry is no different.

When the stakes are low, and the complexity is low, you can use technology to make your own decision. However, in all advice businesses, medical, accounting, lawyers and financial advising, when the stakes are high, when the complexity goes up, you need a human being because technology still doesn't allow for us to have empathy and connectivity. And most importantly, you want somebody to point out when you're wrong.

BRIAN PRICE: Walk you through it.

JOE DURAN: A computer can't do that, right? A computer can't tell you this is a mistake. Or you're saying yes, you really feel no and says, you're not thinking about this other thing. Computers can only do what they're programmed to do. And there are many instances where you're going to be the outlier. We've all been there where you're not in the middle of the lane, and you're calling and I've got something that's not programmed in this phone line, and you're frustrated, because you just want to call a human being who can take you right to the answer.

Imagine if your whole financial wellbeing is linked to a machine that doesn't have the ability to say hold on a minute, you're in a unique circumstance. That's why we need doctors. For 80 to 90% of the circumstances, there might be a canned answer. The problem is that five or 10%, could be the one that kills you. And we are human beings, don't want to trust. We need someone to blame if things go wrong, but more importantly, need somebody to point out something if we're not seeing it or we're not thinking about it.

BRIAN PRICE: Does that thinking apply to autonomous driving? Are you comfortable in a car that might be driven by a machine or going into being operated on by machines?

JOE DURAN: It depends if there's humans on the road. If there are no humans on the road, I'd be completely comfortable. I think this is way we'll probably end up by the way, we always seem to think as humans have binary outcomes. Do you believe in computers or do you believe in humans? Well, the truth is, it's going to be something it'll be and, it'll be and- it's not or, it's and. And autonomous driving, what will probably end up happening is there will be one lane of autonomous vehicles that will be bugging like nobody's business and be efficient and on time with half a meter between cars.

And then there will be the human lanes that will be flooded with people not pulling over, flipping each other, the burden be rude. And ultimately, then the lanes will expand and there'll be more autonomous and more autonomous. As long as there are human beings on the road, there has to be a way to adjust or these things will just shut down and stop moving. But yeah, I have complete faith because candidly, as long as I'm in a city, I'm not going to have a problem to the unpredictability. That's the challenge that you have with any computer.

BRIAN PRICE: As far as growth. We've talked a lot about your investment approach, the idea of having blinders on and staying focused on your lane. You've grown your company tremendously. When you spoke with Real Vision about a year and a half ago, you said, hey, look, I want to get to a checkpoint of about 20 billion and it's under management. You're 24 right now. So, you far exceeded that. What has been the key driver of that growth for you beyond your philosophy? Is there any one catalyst that you can trace back to?

JOE DURAN: Yeah, we go through an exercise every 18 months. I don't know if I mentioned this last go-around, where we say how do we beat United Capital? How do we beat our firm? And a couple years ago, the answer to that was that we're not- if we want to beat this firm, the way we would beat United Capital is to offer the tools and systems we have without owning the underlying firms that offer it. And so that was the very beginning of saying, how would we do that? And by the way, your best ideas are not going to come from thinking about how you do what you do better, it's thinking about how you would beat yourself. And when you do that, you'd write down.

And our idea was, hey, we could offer our systems and our technology to the right kind of advisors, we could be growing at double or triple our rate. And in fact, that business alone, it took us- let's see, 13 years to get to 23, 24 billion. In 18 months, we got to take over 10 billion and signed contracts, in addition, so in the top of the 24 billion, that business will probably double in size, every 12 to 18 months for as far as the eye can see. So, we think that business will be $100-billion-business in the next five to seven years. And our core business will continue to grow but that business has exponential growth.

JOE DURAN: And it's simply by saying the sacred cow we had that we must distribute it on the entire client experience, asking ourselves, is that holding us back? And what would we do differently if we were starting today is what led to this idea that it's going to allow us to be exponential growers. And again, that's we started early on with a sacred cow idea. You must be willing to break your sacred cows, again, not questioning your integrity or your values. But certainly, your visions and certainly, your view about how things are going to transpire, your mission statement. To question yourself and say, how is it a limiting factor on stopping me from being even more successful?

BRIAN PRICE: So, clearly, that exponential growth, the potential for that growth is tremendously exciting. But I also want to ask in general, as far as what you're seeing in the world today, what are you most excited about?

JOE DURAN: Without a doubt, it's machine learning. And we often confuse artificial intelligence with machine learning. Very much like we think about Bitcoin and blockchain, Bitcoin was the bright, shiny object, everybody was excited by, when the real power was the blockchain, the technology that allowed you to do all of these transactions and ledger them. The same is true about artificial intelligence, we might be a very long way away from sentient beings where they think for themselves, but the technology that's powering it, the machine learning, the ability to take data and adapt the programming based on new information, that's unbelievably exciting. And it's going to change the world, it is changing the world.

Self-driving cars are powered by machine learning. When you go online, and you do shopping, and you get customized ads, or you get analytics to tell you what's the next word you're typing on your phone, all of that as machine learning. It makes the world a lot, lot easier to navigate. And the way it's going to be used by financial service firms is going to change the world.

BRIAN PRICE: If I'm hearing you correctly, as we close here, it sounds like you're saying that we are essentially on the cusp of what will become the most efficient human advisor and client relationship we've ever seen.

And it's unfortunate because there's such a massive first mover advantage, the sooner you do it, the more competitive advantage you have, the more clients you're going to get, the more exciting people- excited people are going to be to work with you. So, it's an amazing time. The good news for us is we see so few competitors, thinking about the human element and life and living richly rather than dying rich. So, it's an incredibly exciting time.