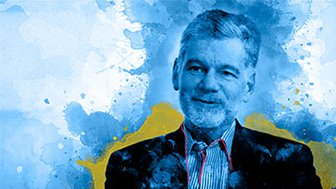 Tesla might be the most polarizing topic in financial markets. Grant Williams takes a look at the raging argument between Tesla's fierce supporters and the rabid community of people shorting the stock. This clip is excerpted from a video published on Real Vision on March 27, 2019 entitled "Tesla: Electric Noise."

MARK SPIEGEL: I've been called obsessed with this by a lot of people. I don't usually talk stocks around the apartment because it drives my girlfriend crazy. I especially, don't talk Tesla. And by the way, it's not ruling my life. I mean, I don't think about it while I'm out to dinner or while I'm sleeping or whatever.

ROSS GERBER: But none of us can believe what's so obvious and out there in plain sight is being improperly priced by the markets.

I have tremendous amount of fans in the real world. When I go out in L.A, and people start talking about Telsa or my reputation with Tesla.

I mean, I'm getting clients because of this. I'm going up to San Francisco. This whole Tesla club wants to meet me. Tesla fans are rabid fans, and they love me for sticking up for Tesla.

GRANT WILLIAMS: Tesla is perhaps the most polarizing company in stock market history where some see brilliant disruption, others find blatant fraud. This is a story about innovation, belief, money, lies.

Tesla is a fraud. What else is new?

GRANT WILLIAMS: And a whole lot of noise.

LINETTE LOPEZ: There is no comparing any company to Tesla. It's a Wall Street debt story. It's a page six story. It is a Silicon Valley story. It is an American dream story, and it is a mess.

CATHIE WOOD: Tesla is disrupting the existing world order, and the traditional, the old guard does not like that.

LAWRENCE FOSSI: Very truly, I am offended by the dishonesty of Elon Musk.

ROSS GERBER: I'm biased, I'm biased to a guy who's made me millions of dollars.

MARK SPIEGEL: Every day there's like a new scammy thing that comes out about this company.

CHARLEY GRANT: Some people on Wall Street love it. And some people see a dishonest company that's going off the rails.

GRANT WILLIAMS: In Tesla, the bulls see a truly innovative brand, upending the status quo of the auto industry and ushering in a sustainable age of travel that frees us from fossil fuels and brings us closer to the ubiquity of AI. At the helm, they see a genius and a visionary pushing the boundaries of what we think is possible-- a billionaire celebrity CEO for the modern age.

Me? I think the whole thing is a gigantic fraud, and it's going to end up hitting the wall and likely taking the market down with it. I spent 35 years working in financial markets in seven countries all around the globe. I've seen every boom, bust, and bubble since the mid 1990s, but I've never seen anything like Tesla.

And I'm not alone.

MARK SPIEGEL: Number one, it has nothing meaningfully proprietary in terms of technology. Number two, it loses a lot of money. Its lost all its money before the real competition has come in.

GRANT WILLIAMS: Mark Spiegel is one of the poster boys of an online community of Tesla skeptics who've been dubbed, Tesla-Q.

MARK SPIEGEL: Tesla-Q are a bunch of guys who found each other on Twitter who all came to be short this stock, Tesla.

GRANT WILLIAMS: Short Sellers bet against stocks, borrowing shares and then selling them in order to profit if the price goes down. If they're wrong, short sellers expose themselves to unlimited losses. So they need to have a high degree of confidence in their thesis.

MARK SPIEGEL: When a stock enters bankruptcy, it gets a Q attached to the end of the ticker. And so we've kind of thought that was a clever way of referring to Tesla because that's where we think it's headed.

GRANT WILLIAMS: Tesla-Q has grown organically through social media, attracting experts from all kinds of different fields-- many of them, outside finance.

"MACHINE PLANET": Why are we out doing practical research? Because we can't get the truth about this company!

Lying is like breathing for this company. They've done it for so long, they don't know the difference.

GRANT WILLIAMS: Many Tesla key members prefer to stay anonymous for fear of retribution from Elon Musk. And they have good reason. Musk has attacked critics before.

"TESLA CHARTS": Have searched for reasonable, quantifiable, bullish arguments to support the value of Tesla equity, exhaustively, and I have not found one.

And the lack of it over time only hardens one's views.

LAWRENCE FOSSI: I have never shorted a stock in my life in any way, except Tesla.

Its stock is stratospherically valued, relative to fundamentals.

GRANT WILLIAMS: The company is valued at over $50 billion, putting it among the top seven auto manufacturers in the world. There's just one problem.

LINETTE LOPEZ: When you have a celebrity CEO and $50 billion in market cap, a lot of things can happen for free.

But Tesla never was really profitable.

GRANT WILLIAMS: While industry stalwarts record massive profits every single year, the only time Tesla has reported consecutive net income in its 16 years of existence was during the last quarters of 2018.

Tesla loses money and regularly makes headlines for all the wrong reasons.

- Breaking news, on Tesla. It is cutting about 9% of its workforce.

- Tesla is now facing a criminal investigation over statements made by their CEOs, Elon Musk.

GRANT WILLIAMS: Even good news for Tesla comes with a caveat. The announcement of a much delayed 35,000 Model 3 was supposed to be a milestone, but it came with layoffs and a shift to online sales only. A week later, the company walked back its plan for store closures, perhaps, not realizing leases can't be reneged upon unless a company is in chapter 11 bankruptcy. For any ordinary company, the kind of bad press, which has just cascaded down on Tesla in recent months, would be fatal. Tesla, however, is anything but ordinary.

CHARLEY GRANT: If Tesla went bankrupt, the stock would probably go up that day.

I think Tesla is hilariously overpriced. You'll find other people who think Tesla is undervalued at $300 a share. Some people think it's worth $4,000.

GRANT WILLIAMS: The passion felt by the bears is counterbalanced by an unswerving faith in Elon Musk from the bulls.

CATHIE WOOD: I have no concerns about Tesla's viability.

Tesla is delighting the consumer. This is a replay of Amazon. I lived through Amazon through its ups and downs, years where they weren't earning money, and questions about viability, meaning, they're the traditional retailers were going to kill Amazon. If you were looking through the lens of disruptive innovation, you knew that wasn't true.

GRANT WILLIAMS: My opinion of Tesla is well documented, but I wanted to give one of the company's most ardent supporters the challenge to change my mind.

ROSS GERBER: Yeah, I'll pull it right up to my front door. It's pretty cool. My kids love it.

GRANT WILLIAMS: And that included the autopilot function.

ROSS GERBER: So I'll switch it on now. So it's on, and I'm done. Feet come up. I don't need to do anything. I can play on my phone. I can do whatever I want.

So this could be one of the more challenging intersections in L.A, the 405 and the 10. And you see people keep cutting me off. Do I look nervous? Do I look like I even need to grab the steering wheel? No, because the truth of the matter is, right now, the car sees that nobody's done anything dumb enough that I need to take over.

GRANT WILLIAMS: You could, yeah.

ROSS GERBER: This is a car that has great handling great car, but technology that nobody's even come close to even touch. It's the iPhone of cars.

Then maybe you want to listen to some music. You can switch between music channels, podcasts, whatever. Here's the charging screen. So it shows your battery level.

We could debate this all night, but in 10 years, everybody's going to have a car that looks like this. It might not be made by Tesla, but they'll all be like this.