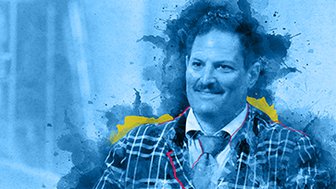 Chris Alexander, founder of Macro Link, talks about how the…

Michael Green of Thiel Macro talks with John Burbank, CEO of Passport Capital, about how Silicon Valley has changed with the crypto revolution. Looking at long-term trends, Burbank suggests crypto will be the next major economic platform. This video is excerpted from a piece published on Real Vision on June 1, 2018 entitled "John Burbank's Bullish Views on Crypto, Saudi Arabian Tech."

MICHAEL GREEN: I'm a Silicon Valley native. I actually grew up here when it was still called Santa Clara Valley. And had a front row seat to the early, you know, home computer environment. I wouldn't even call it the PC movement, right, where you had Trash 80s and Vic 20s and Sinclair 4K machines, et cetera.

And before that, even the hobbyists, so Steve Jobs and the Steve Wozniaks of the world. And it was similar, in a lot of ways, right? Where you couldn't actually do anything with these things, but it was participatory in that the technology was rude enough and open enough that lots of different people could do stuff.

MICHAEL GREEN: Now, paradoxically, that also gave me a front row seat to when all that crashed in kind of '84, '85, '86, right, which occurred alongside the introduction of the IBM PC, which, you know, most of the world looks at that as if that was the nascent founding and that's where the PC revolution started. But ironically, that was where a wave broke and crashed, as well, right? There were lots of competing technologies and lots of competing ideas that suddenly were ossified. And it was like this is the standard, and this is how it goes. Do you see--

JOHN BURBANK: Think how much riskier it was to invest in stuff back then.

MICHAEL GREEN: --it was extraordinarily, it was extraordinarily risky. And many of the early, you know-- again, people forget Intel is obviously a challenge today, but like, you know, it was roughly the time where Intel lost the memory market to the Japanese. That was the real loss there. And everybody was convinced Fujitsu was going to dominate the multi processor in the future. It didn't work out quite that way, but, you know, it was much, much riskier.

Very similar. Huge interest and, within the community that I grew up in, a huge bubble that was created. But then it crashed on a standardization. Is there anything out there that you see in crypto that's similar to that standardization moment, where people suddenly say, aha, this is actually the useful variant? I mean, it could be Ethereum. That would effectively make Vitalik the king of the world.

JOHN BURBANK: Well, there seems to be there's the store of value, you know, use case, which is Bitcoin and a few others. That is as old a problem as anything. And gold has served a purpose there. There's payments. And there's a few different competing. And that's farther behind, but that is a real benefit because we pay-- there's a lot of friction in payments in our society.

JOHN BURBANK: It really feels incredibly expensive to have a Visa transaction. And then there's the smart contracts, you know, the technology, what technology will things run on. And there's growing competition there. What's so different, like, I have a hard time dismissing the store of value. So I think there's a reason Bitcoin was the first thing that was done and has been safe, I guess, a safe bet.

And I think it's still early, and there's a lot of lessons in the tech world of what ends up winning, right? It's like where do the developers go. And a lot of people are making bets on where to put their attention and time. You know, who adopts, who gets market adoption. And it's so early there.

And then later applications, I mean, it still feels like it's really early. But as I said, I think because these things are liquid, and price changes is comprehensible to everyone in the world, and it changes, potentially changes their behavior of where they're going to put time and what they're going to change, I have a view that it's going to accelerate the market, the transfer of knowledge to what is actually winning formulas and will lead to other magnificent results that, say, Ethereum-- Ethereum is probably the spectacular single investment that I've seen in my life.

And I didn't get a whole lot of it in my portfolio. Had I actually just started a year earlier, you know, in this universe, I could have had a much greater return. But I'm just saying in asset class, this is a platform shift, right, that will grow with time. And it's hard to understand. And it's not-- I don't have to understand it, but I'm trying to-- I'm learning what the properties are and what are the potential ramifications, and then what are the effects of it, right, as it changes other things, and what is the effect of blockchain.

But I'm looking at it in the context of this is just one sector, one tech breakthrough that's changing one area. And it's really early. And the same could be said of autonomous driving, you know, in autos, and the same could be said of genomics in health care, which is, you know, actually the most incredible, right? I mean, knowing your personal genome and being treated about that is just mind-boggling, and that it can be delivered to you for less than $100, you know? Like, a negligible amount of money. Like, that's incredible. But the health care system is not ready to do that.

And so my pattern recognition is that we're just on legacy platforms. We're waiting. And I think the culture is ready to change. And so let's just use crypto as it's in finance, yes, it is in and of itself, but it's also representative and the most accessible of all the new technology platforms for consumers. And it's happening, and it's accessible around the world at the same time. I think Asians are a culture that are taking to it much better or faster than we are in the West. But I'm ready for big changes in security tokens, for instance.

But I don't need to be precise. You know? With the duration, you don't need to be as precise as you do in managing low-vol public market funds. I do think this is the big trend. I'm looking for something that is bigger than this. Maybe I'll be wrong. Maybe it's going to take longer for these shifts to happen.

But as I put in the time, I just think this is representative of a bigger perception change around the world. And now I think the risk is not doing. Like, the corporate risk is not adopting and getting closer to this. Like, take blockchain. That's my perception. And regulatory, much as China has stopped it temporarily, the risk is you ban it and then your human capital, you know, goes and builds systems in other places, other jurisdictions.