The Integration of Robots 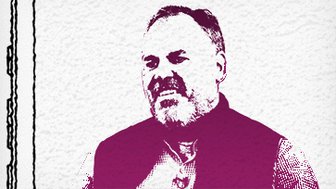 John Burbank, the founder and CIO of Passport Capital, explains…

Crypto and the Macro Shift

The Integration of Robots

Jay Jacobs, VP of research at Global X Funds and one of the chief minds behind the robotics ETF BOTZ, discusses how rapid advances in robotics could help businesses and consumers in their daily lives. This piece was originally published on Real Vision on March 28, 2018.

JAY JACOBS: There's this concept of diffusion of innovations, which is the idea that most technologies and even some ideas follow this S-curve of adoption, which is that it starts out very slow. It really takes risk takers, these innovators to adopt a technology, and they start to become big proponents. Think about the people that bought the first Tesla Roadster. There was not a lot of infrastructure for charging a car. There wasn't a lot of precedent for owning electric vehicle.

But they were huge proponents of this technology. They thought it was great. They knew probably it wasn't the best product that could be put out there or the most finalized product, but they just wanted to promote it going forward. That starts to lead into companies like GM thinking about should we build an electric vehicle. Maybe it's kind of a cause of second and third models from Tesla.

So the innovators are really critical in starting to accelerate that S-curve of adoption until it starts to really reach the mass market. So if you look at where is robotics on that S-curve, how early are we in robotic growth, one of the ways of thinking about it is this robotic penetration rate. And right now around the world, we're seeing less than 200 robots per 10,000 workers, which means the penetration of robots right now is under 2%. That's very early in a disruption curve.

If you take a step back, technology usually progresses in a straight line, meaning it's very rare for technology to go backwards. It should get incrementally better. The rate of increase of technology is somewhat up for debate, how quickly will AI really progress is hard to tell. But it's supposed to progress. The idea of a winter is that you kind of see a flat lining or even some sort of decline in the ability of a technology to progress.

I think that's pretty unlikely to happen in the AI and robotic space. Something that could cause that would be regulation that really stalls the development, whether it becomes too costly or too painful from a regulatory perspective. But there's now so much momentum behind robotics and artificial intelligence. So many different people across the economy, government researchers, university researchers involved in the space that I think it's very unlikely that we're going to see some sort of decline in the technological progress of robotics. This is one of the areas where I think there's the most debate about robotics.

So the area that's the most impacted currently is in the manufacturing sector. There's a lot of robots that are coming into this space to take over more and more processes in manufacturing. But the question is, what jobs is that going to create? Because there are going to be people who have to now service robots. There's going to be jobs that are going to be available to people that just require tasks that robots can't do.

So maybe people aren't going to be moving sheet metal around a factory floor anymore, but they're going to have to do the very dexterous movements that robots still can't do, the fine tuning of a machine or the final finishing. So the question is, how does this shift the economy? Not just the potential to take away jobs, but also the jobs that it could create, and the new jobs that are a result of more robotic manufacturing going forward.

We've seen very big shifts in the labor force before. So if you look at the shift in the United States from an agricultural economy to a manufacturing economy, there's a huge amount of changes in the job market. You had literally hundreds of thousands, if not millions of people that had to leave farming communities, and go into cities, and start working in factories and manufacturing.

And so sometimes when you see the disruption in one industry, the result of it is the creation of a new one, because the tie-ins between manufacturing and agricultural are actually very similar. It was the invention of machines that were able to take over a lot of the harvesting tasks that happen on a farm. Those same machines, or similar machines, were being used in factories to start manufacturing more and more goods in the United States.

So if you think about robotics, it now could be disrupting the manufacturing sector, but what's the opportunity that's going to create on the other side? What's the new sector that could be created out of robotics? That's what we don't quite know yet, but if you look at history to be a little bit of a predictor of the past, we do think that that's a very possible result of robotics, is the creation of these new sectors as well.

Because is it deflationary in the headline price for how much it costs to have your laundry done? Yes, prices should come down. But if that's all coming on the cost side of the equation for those laundromats, then they could still maintain the same profitability. So at the end of the day, it's a very good result for consumers to pay less for their laundry, and it might not actually affect the laundromat so much in terms of their pricing or in terms of their profitability.

Robotics and artificial intelligence really has the ability to disrupt any sector of the economy. It's really hard to say what sector is going to be immune to this, because, of course, we've talked a lot about manufacturing and how much that could be disrupted by robotics, artificial intelligence, to some extent, that's already underway. But you look at areas like the transportation industry, how autonomous vehicles could completely change the way people get around the country, even if you look at something like defense and security, increasingly, we're going to see drones being used in those capacities.

So it's disrupting a huge part of government spending. In the consumer space, we could see more and more robots entering domestic life, or robots that we interact with as we shop around malls, around Madison Avenue. And so when you think about the disruptive power of robotics and artificial intelligence, it's really just across so many different sectors that I think the companies that are going to really struggle in this new environment are going to be the ones that fail to adapt.

Companies need to embrace robotics and artificial intelligence, and they need to do it early, or else they're going to be sitting on the sidelines, and watching other companies take market share from them or be more successful because they've incorporated this new technology into their business model. I think robotics is going to be leveraged to global economic growth, because at the end of the day, they're producing something.