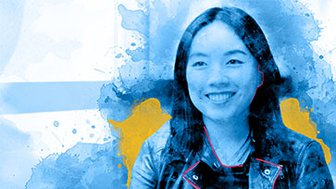 Yin Wu, the founder of the protocol DIRT, a blockchain-based…

Paul Veradittakit, partner at Pantera Capital, joins Real Vision's Tyler Neville to talk about the landscape of the crypto space. From the evolution of crypto offerings to the public to institutions like pensions starting to invest, the groups investing in crypto assets have changed rapidly over the last few years. Veradittakit also discusses new use cases for crypto technology, challenges to scalability, and the what the future of retail investors' crypto exposure could look like. This clip is excerpted from a video published on Real Vision on June 13, 2019 entitled "Finding the Edge in Crypto."

PAUL VERADITTAKIT: An IEO is an initial exchange offering, hence it's the new version of the initial crowd offering. The two goals are the same. Both strategies are wanting to get tokens in the hands of consumers or retail traders or day traders, or just mainstream folks. With an ICO, you would set up a website and you would offer your tokens to people, people would subscribe, and then you would distribute those tokens back, but you're doing all the KYC yourself, you're taking on that liability. With an IEO, you're going through an exchange. Yeah.

You're basically telling the exchange, hey, we want to sell this amount of tokens at this price. We want you guys- you guys have already done all your KYC. You know who all those users are. We want to target these type of users. We don't want the US because of regulations. We don't want China because the regulations over there. We don't want any of the other, but we want these folks and then basically, let them subscribe to it. It just gets chopped up in small chunks. It's offloading the liability and the process, and maybe even the technical and security risk of doing a crowd sale to these exchanges that already have the license and the process to do it. Right after they do the IEO for you, they also listed on your exchange, so that two-step process gets molded into one.

PAUL VERADITTAKIT: Bingo. Bingo. It's a pretty big trend now. Because before that, there was just uncertainty on how do you get your tokens out to the crowd? That's where a lot of the demand pushed up the price. Now, this gives token partners a way to get liquidity and also get consumer demand all in one. One of our projects, they went out today, actually this morning did their IEO on Bitfinex under a platform called tokenize. It's first IEO on Bitfinex and they raised $5 million in 11 seconds. Yeah.

TYLER NEVILLE: It's coming back.

TYLER NEVILLE: Let's pivot. Are you guys getting inbound capital from- you mentioned endowments and pensions? Is it happening more and more as growth rates in the public markets steep lower and lower?

TYLER NEVILLE: Because I know a lot of like hedge funds are seeing redemptions left and right in public equity long, short funds. I think that money is trying to find a home for returns. Are you beneficiaries of that?

PAUL VERADITTAKIT: Yeah. On the hedge fund side, even with the market being bear in 2018, we actually haven't had too many redemptions on a hedge fund, it's us going out there being really transparent about our thoughts in the ecosystem, even having these like monthly conference calls, almost like these AMAs, where investors can ask us whatever they want about the space, we tell them what are the trends and what we're seeing in the feature. On the hedge fund side, it's been great. On the venture fund side, we continue to- that's where most of the institutions are clawing into in trying to figure out like the best way to get in because a lot of these guys are- they're familiar with investing into private equity VC funds.

They're trying to figure out tokens and to be able to stomach the volatility, they just like, I don't know if the nav is going to move on a daily basis like this, I don't know if our investors, I can get this past my investment committee, but they typically had allocations for PE and VC. And so, with our VC fund, yeah, endowments, pension funds, fund of funds- they're really more receptive than ever. We're seeing this across a few of the different top players in this industry.

I think we're going to see a lot more of them make a bet, and it's not going to be a huge bet. It's probably going to be 1% or less of their AUM, but I think that it adds up, yeah. They see this as something that is not going to go away, it's going to get much bigger, and it's non-correlated with the traditional markets, the S&P 500. It's just a great- they think about it as portfolio diversification with asymmetrical returns.

PAUL VERADITTAKIT: Yeah. We want to continue now, first and foremost, to build up a great brand, a trusted brand, that institutions will want to park their capital with, that entrepreneurs want to partner and getting in bed with. That brand obviously generates deal flow, these incoming cold emails, people send us deal flow. That's great. We'll take a look at every single one that comes through, but the best deal flow is the ones that come from people that know the entrepreneurs themselves, can trust the entrepreneurs, have experience with the entrepreneurs. A lot of that comes from other investors especially since our last fund was a seed fund.

We've partnered with a lot of the top VC funds out there, and a lot of times, with their outsource CIO, anytime they see a blockchain related deal, they're like, oh, well, why don't we just call Pantera? They know the space, they know all the competitors in this space. They've probably done like market sizing in this space. They just keep sending stuff over to us, which is great, because we don't want to take the entire round the thing, we just want to partner with VCs as something or investors as something different. I would say other investors is one strong category.

Another strong category is our portfolio companies. Now, that we've built up a track record, we have over 100 portfolio companies. And when you add value to them, and if you're an entrepreneur and you're getting into this space, you're going to talk to investors to maybe get a market map of what's going on, but you're going to talk to entrepreneur friends that you know and you can ask them, hey, how is it to start a company in this space? What should I think about for my business, et cetera?

Those entrepreneurs are going to be yeah, yeah, this is what I've done. In terms of capital raising, we raise in Pantera and Pantera has done this for us. They're awesome, and oh, yeah, once you reach a certain stage, or if you want to, I can ask them if I should connect you guys. Portfolio companies have been a great source of deal flow for us. Outside of that, it's just continuing to build up our network within this ecosystem. That just means like helping people out whenever they need it.

TYLER NEVILLE: What are you most bullish on right now in terms of projects?

PAUL VERADITTAKIT: I'm most excited about a few different categories. We all know that there are a few different things that are holding crypto from gaining mainstream adoption. One thing is scalability. We made a few bets in scalability, whether it's layer zero, layer one, layer two. I won't get into details, but basically at different types of ways to scale blockchains and distributed ledger technologies. A lot of those projects, they take a lot longer to go out there and launch because not only do you have to launch a product in technology, but you have to get folks using it and building it on top. There's already an existing player, Ethereum, that has, by far, the largest community of folks building real applications on top, so you're really going after a big leader.

Those projects are very technically complex. It takes about anywhere from one to three years to launch one of those. A lot of them started in 2017. They're about to launch, or just have started launching this year. I'm really excited to see if any of those players really start taking up market share and start enabling more use cases for cryptocurrencies, maybe things around payments, maybe things around micro payments, maybe things around gambling transactions, enabling more gaming applications on blockchains, et cetera, things that need a lot more throughput. I'm really excited to see how those launches do. If anybody starts taking up some market share for the scalability side of cryptocurrencies.

We're excited about folks that are making it easy for you to use your credit card to get into cryptocurrencies, or use your debit card or things like that, and basically remove things like meta mask, or basically, make it easy for you to create a wallet and be able to get money into your wallet and be able to spend it easily. That plus I think developers need easier ways to build applications so we're going to start seeing a lot of people focused on developer tools.